Fiat Lux said:
Who is drumming for them?

Right now it looks like it's somebody named Mike Mangini.

Before that, some articles said it would be John Douglas, who was Kramer's replacement last year when he had the shoulder injury.

Kramer was made to pay Douglas 20 grand per week while Kramer recuperated. Just found that out this morning while reading more about this situation. Nice work, if you can get it.

The other guys in Aerosmith are saying that they want Kramer to appear with them at the Grammys-- just, not to do any drumming.

Love the Jack Douglas interview where he says Steven Tyler and Joey Kramer have been arguing for 45 years about who came up with the drum beat for Walk This Way.

I think it's in this one.

I’d say he’s pissed off the wrong people more than it beIng purely physical issues. Remember Def Leppard managed to get it figured out when their guy lost 50% of his stick swingers. Now that the band has put it out publicly that they think he can’t keep time anymore feelings are definitely hurt past point of reconciliation I’d say. Audition to a click track lol that’s pretty funny you gotta admit

What the heck? These guys are all around 70 years old and NOW they decide to bicker? I can see the points of both sides but Kramer has been playing these songs for decades. How much rehearsal could he possibly need at this point even if it's a medley?

irocdave12 said:
I’d say he’s pissed off the wrong people more than it beIng purely physical issues. Remember Def Leppard managed to get it figured out when their guy lost 50% of his stick swingers. Now that the band has put it out publicly that they think he can’t keep time anymore feelings are definitely hurt past point of reconciliation I’d say. Audition to a click track lol that’s pretty funny you gotta admit
Click to expand...

LOL.
In "The Making of Pump", Tyler is pointing out some stuff to Kramer and Karmer looks pissed
and disagrees.
Tyler says something like "Put a click on it, I'll leave the room".
LOL

Rich said:
What the heck? These guys are all around 70 years old and NOW they decide to bicker? I can see the points of both sides but Kramer has been playing these songs for decades. How much rehearsal could he possibly need at this point even if it's a medley?
Click to expand...

We haven't heard the "audition".
Maybe he drags bad, maybe he shortcuts the beats, who knows?
Maybe the mechanics of his shoulder aren't back 100% or even 75%?
Say what you will about "Old Aerosmith" but they've always given worthy performances
and are pretty tight as a band.
They're going to the Grammy's, probably for the last time (? LOL) and I guess they want
to be at their best.
As I said before, we'll see on Sunday!

I'm all for keeping the original guys on, but anyone who has at least jammed in a garage with a band will tell you - if the drummer is off, the whole thing is a gong show.

a bummer for all concerned probably.they got along good enough to be a great band for many years. 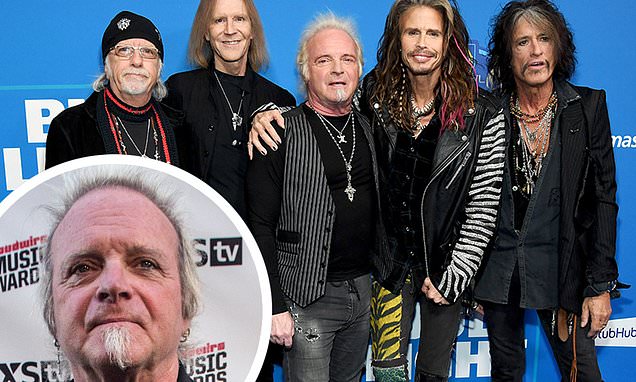 Aerosmith has been sued by founding drummer Joey Kramer, 69, for excluding him from their upcoming performance at the Grammy Awards.

Are these guys even considered legit at this point?
Click to expand...

Any legitimacy they had went out the window when Tyler started doing "reality" shows.

I guess that for these kinds of situations, where a band has been around for awhile

They either become a business or a family.
Def Leppard looks like a family.
Aerosmith is definitely a business.

Good old Joey Kramer seems to feel entitled to his position in the band.
Guess he got a wake up call.

Given the drama queen nature of Tyler and potentially Perry, I'd say there are some politics involved too.


But unless you are Neil Pert or Phil Collins . . . . you're disposable as a drummer.

I wish I could sue Aerosmith for offensive music.

RUSH couldnt go on without Neil Peart. That's like Van Halen without Eddie
Areosmith could easily go on with Joey, hes hardly a household name, but have they no shame!? No loyalty? No friendship? It's one thing if hes got a substance abuse problem, if hes uncooperative, but making him audition? So demeaning. That band is a separate bunch of Aholes. Each one.
I truly believe the Stones would have quit without Charlie Watts. Led Zeppelin did call it quits without Bonzo.

Shows what that band is really about

Damn dude. As soon as I started to scroll by that gif, I yawned uncontrollably.

From what I read, the entire quintet known as Aerosmith had a conference call and voted on whether JK should be drumming at the Grammys.

Apparently, this kind of voting is something Aerosmith has done all along when it came to big decisions.

When I read articles talking about this issue, I found that the other four members issued a statement, to wit:

"Joey Kramer is our brother; his well-being is of paramount importance to us. However he has not been emotionally and physically able to perform with the band, by his own admission, for the last 6 months. We have missed him and have encouraged him to rejoin us to play many times but apparently he has not felt ready to do so."

The statement went on to say:

"We would be doing a disservice to him, to ourselves and to our fans to have him play without adequate time to prepare and rehearse."

" We are bonded together by much more than our time on stage."

***************​
So I dunno: could be bullshit... but it really doesn't sound like they're dissing him or keeping him from playing just to be big meanies or something. My guess is that he simply is unable to perform as required, and that they just don't want him up there for that reason-- and that reason alone.

" They had been inviting him to come back for the last six months since he's been away for whatever medical situation he's been dealing with," the source says. "He said, 'Yes, I'll come and rehearse' and kept not showing up. On the eve of the Grammys and MusiCares, he wanted to be back."

Dunno if that's true or not, but here's something I wonder:

What would be in it for the rest of the band to shut him out unnecessarily?

It sure doesn't sound like they're just down on him because he acts like an asshole or there's some political shit going on, or any of that. In reality, it would have been way cooler if Aerosmith could have shown up with the entire original lineup... and it even makes sense from the showbiz perspective that this would have been most preferable.

Sounds like he simply can't cut it on the drums right now-- and maybe won't be able to ever again.

Looks like a judge shot down his attempt to force himself back into the group for the Grammys.

You can read about it here:

Judge Rules Against Joey Kramer in His Lawsuit

Now that the ruling has been made, the band issued a statement saying there would be no further comment, as they consider this issue to be "a family matter".

And I don't think the rest of the band is down on him as a person. I think that he simply can't cut it as their drummer any more, and they won't let it happen.

But for all that, they wanted him to appear with them at the Grammys anyway.

Trust me when I say, I'm cynical and have seen that rock stars aren't necessarily the nicest people one might run into out there. Lots of them appear to be preoccupied, egotistical, swinish louts.

But this time there appears to be a preponderance of evidence that Aerosmith isn't just being nasty for the hell of it.

I think that he simply isn't up to the performance level needed... and they want to save him-- and themselves and the fans-- the sadness and embarrassment of seeing him up there making a mess of things.

One bad Grammy performance can ruin a whole buncha careers...

She didn't piss herself

Aerosmith has been sued by founding drummer Joey Kramer, 69, for excluding him from their upcoming performance at the Grammy Awards.

Are these guys even considered legit at this point?
Click to expand...

Nothing legit since Run DMC put them back on the map.

I don't begrudge them making $$$ whatever it takes, though. 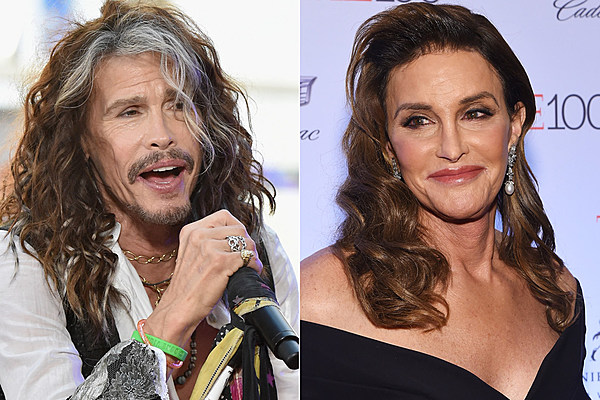 Are Steven Tyler and Caitlyn Jenner Redoing Aerosmith's 'Dude Looks Like a Lady'?

Caitlyn Jenner appeared to joke about doing a duet with Steven Tyler on Aerosmith's 'Dude Looks Like a Lady' in July 2017.

If he had a rotator and/or labrum issue, particularly at his age, recovery from surgery can be brutal (painful) and takes 6 months to a year anyway. Even then, surgery doesn't guarantee you will be good. Even with necessary rehab, results can be sketchy. I elected not to have surgery because three orthopods told me odds are 50/50.

I know some of you old bastards have shoulder issues, so you know the drill.