is the usa redefining treason...

Mark Zuckerberg of Facebook and Marissa Mayer, the CEO of Yahoo, struck back on Wednesday at critics who have charged tech companies with doing too little to fight off NSA surveillance. Mayer said executives faced jail if they revealed government secrets.

Yahoo and Facebook, along with other tech firms, are pushing for the right to be allowed to publish the number of requests they receive from the spy agency. Companies are forbidden by law to disclose how much data they provide.

During an interview at the Techcrunch Disrupt conference in San Francisco, Mayer was asked why tech companies had not simply decided to tell the public more about what the US surveillance industry was up to. "Releasing classified information is treason and you are incarcerated," she said.

Yahoo has previously unsuccessfully sued the foreign intelligence surveillance (Fisa) court, which provides the legal framework for NSA surveillance. In 2007 it asked to be allowed to publish details of requests it receives from the spy agency. "When you lose and you don't comply, it's treason," said Mayer. "We think it make more sense to work within the system," she said.

Zuckerberg said the government had done a "bad job" of balancing people's privacy and its duty to protect. "Frankly I think the government blew it," he said.

He said after the news broke in the Guardian and the Washington Post about Prism, the government surveillance programme that targets major internet companies: "The government response was, 'Oh don't worry, we're not spying on any Americans.' Oh, wonderful: that's really helpful to companies trying to serve people around the world, and that's really going to inspire confidence in American internet companies."

"I thought that was really bad," he said. Zuckerberg said Facebook and others were pushing successfully for more transparency. "We are not at the end of this. I wish that the government would be more proactive about communicating. We are not psyched that we had to sue in order to get this and we take it very seriously," he said.

The meeting came as Yahoo and Facebook filed suits once more to force the Fisa court to allow them to disclose more information.

It went on: "Yahoo's inability to respond to news reports has harmed its reputation and has undermined its business not only in the United States but worldwide. Yahoo cannot respond to such reports with mere generalities," the company said.

Microsoft and Google also filed their latest legal briefs on Monday to force the Fisa court to disclose more information.

In a blogpost, Google said it was asking for permission to publish "detailed statistics about the types (if any) of national security requests" it receives under Fisa.

"Given the important public policy issues at stake, we have also asked the court to hold its hearing in open rather than behind closed doors. It's time for more transparency," said Google.

Zuckerberg: US government 'blew it' on NSA surveillance | Technology | theguardian.com

treason has always been defined as plotting to overthrow the government or helping a foreign government during war.....

now it seems that treason is what happens when technology companies question or talk about the federal government's attempts to collect private data on millions of americans.....

things have shifted too far.

Some of my best friends work for the government. Please play nice with Geo, and ignore what he said. See, I'm covering for you, dude.

As for Marissa Mayer, there are probably a lot of female inmates in the prison system who would like to spend the night with her. They did it to Martha Stewart and Paris Hilton. No one is immune from imprisonment. Jez be careful what you say or do.

this isn't politics but a legal issue that affects all of us.... i'm not interested in political parties or who to blame.

geochem1st said:
things have shifted too far.
Click to expand...

Not to worry the mouthbreathers will take their country back.

Why you sh*tting up Geos thread Farkas? 15 posts and 5 are you taking a sh*t.

10 years ago, you'd be called a tinfoil hat crackpot if you extrapolated to where things actually are today.

This doesn't strike me as a political thread at all.

All the lines have been crossed, unfortunately they're rewriting the rules as they go along and see fit, It's a shame really. At least I can say I remember when we were a different nation.

JTM45 said:
All the lines have been crossed, unfortunately they're rewriting the rules as they go along and see fit, It's a shame really. At least I can say I remember when we were a different nation.
Click to expand...

It may not be too long before you can't even do that...

Not a political thread no more than a thread about police is political.

Malikon said:
Why you sh*tting up Geos thread Farkas? 15 posts and 5 are you taking a sh*t.
Click to expand...

Its what he does best--Shit and cry--

MineGoesTo11 said:
10 years ago, you'd be called a tinfoil hat crackpot if you extrapolated to where things actually are today.

The People need to take control once again-

This shit has been going on for a good while--All parties have been and are involved--It is becoming a cultural thing, something that is engrained in the psyche of all politicians. They believe keeping an eye on us all is their duty--

Its a messed up world out there right now and until all people from all walks of life come together and demand this shit stop, it wont--

Reminds me of a song I once heard,

"Blessed are the black-tongued ravens,
Substituting fear for reason,
'To hate war is to hate us,
If you love peace, then you must love treason'"

djwilbanks said:
Reminds me of a song I once heard,

"Blessed are the black-tongued ravens,
Substituting fear for reason,
'To hate war is to hate us,
If you love peace, then you must love treason'"
Click to expand...

you still puttin wrestling figures in yo butt? 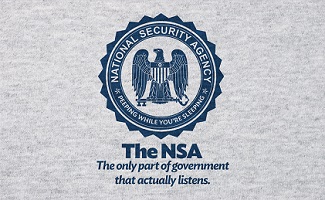 how is revealing that the government requests data dumps of american citizens personal information.... treason.

Gonna be hard to get our population to care. It's football season!
You must log in or register to reply here.