I'm going to shoot you first.

Tactical fast-draw could bring gunfights to a bar near you

Later this month, two guys plan to walk into a North Las Vegas bar and shoot each other.

They will be standing at opposite ends of a 30-by-8-foot steel cage  fully enclosed, UFC-style  in the middle of what used to be a couple of stage-side tabletops at Whiskey Dicks, 2750 E. Craig Road.

Thats where a new sport, known to its North Las Vegas-based creators as tactical fast draw, is set to make its Jan. 31 debut.

Youll get two points for a head shot and one point for anything to the (body) vest, fast draw inventor and former bounty hunter Nephi Oliva said. You can score a maximum of 12 points, but theres no time limit, so its almost like a boxing match with bullets.

Oliva has been kicking around the idea of starting a fast draw league for years but had to wait until this month to get a firearms instruction certificate needed to handle Simunition, the plastic-tipped, paint-filled training ammunition to be used by fast draws gunslingers.

Simunition rounds arent as loud as a standard 9 mm round  and cant be fired out of a regular gun barrel  but theyre built around a regular 9 mm casing and travel at a velocity much higher than paintball guns.

A round hitting an unarmored fast draw gunslinger might not break the skin but is sure to leave a nasty bruise. The Simunition website says that wearing head, throat and groin protection is mandatory and calls the cartridges nonlethal. It strongly recommends that shooters stay anywhere from 1 foot to 6 feet away from each other, depending on the type of ammunition used.

Oliva, the founder and owner of North Las Vegas-based Nevada Pigeon Control, recently invested $6,000 for a dozen Simunition-modified Glocks to help get fast draw off the ground.

He and three business partners at the American Gunfighter Association, the fledgling sports sanctioning body, expect to earn that seed money back quickly, explaining they are already in talks to install fast draw cages at several bars around the valley.

Fast draws appeal, according to its founders, lies in its accessibility.

To Oliva, the sport isnt a barroom gimmick or a claustrophobic take on indoor paintball. It is a complete entertainment experience, a gender-neutral mix between mixed martial arts and video gaming, featuring disc jockeys, ring announcers, nicknamed gunfighters and just about everything else short of a fog machine.

But beneath it all, he said, fast draw is just an especially flashy way to teach people how to use a gun properly.

Training for firearms is relatively boring, Oliva said. Ultimately, we are a firearms instruction company, and we offer training through sports to make it more appealing.

People will ask, Arent you promoting violence? My answer is that people like George Zimmerman existed because something like (fast draw) didnt, he said.

Zimmermans trial on charges of fatally shooting 17-year-old Trayvon Martin in Florida in 2012 sparked protests around the nation with discussions of stand your ground laws. He was acquitted in July.

Tyson, who helped found the bar in 2010, said at first he was a little wary about taking on the sport.

Then he started to imagine all the bars booths and stools filled with fast draw spectators, its most prominent gunslingers donning a Whiskey Dicks-sponsored protective vest.

From there, he was just about sold.

Our biggest concern was obviously safety, Tyson said. But theyre going to be in this cage thats lined with Plexiglas, and I know (Oliva) has been working with the cops to make sure everything is safe.

Im not really a big gun guy, but I think the idea is pretty neat. Id wanna come over and watch it if I didnt own the place.

Weve always taken the stance that guns and alcohol dont mix, but theres still a lot to review with the city attorney before we take an official position, she said.
Click to expand...

This is exactly what the forefathers had in mind with the 2nd amendment. 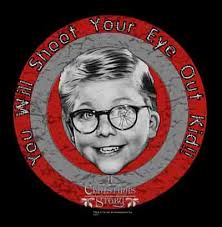 That bar was on Mystery Diners. The night shift manager was running her own 'dating service', hiring all hot waitresses and pimping them out. The owner was wondering why his female clientele was dropping off.

Edited, because I can't quite get my head around the stupidity of it.

Self-assisted suicide? Lean into shot with my head, transcend///////Mrs. Fezz could buy a?

Tim Fezziwig said:
Self-assisted suicide? Lean into shot with my head, transcend///////Mrs. Fezz could buy a?
Click to expand...

Can you wear head armor, take a 9mm Glock round to the head and not feel any ill effects........?


But then, S, how does hate grow??? Nothing can catch the madness... Kevork was a dig?>>HOW CAN IT BE A COMPLIMENT.

Don't say goodbye. Stay goodbye. Or face the death of the black pill.

Think of it as high octane paint ball

Flying_Milkman said:
But then, S, how does hate grow??? Nothing can catch the madness... Kevork was a dig?>>HOW CAN IT BE A COMPLIMENT.

Don't say goodbye. Stay goodbye. Or face the death of the black pill.
Click to expand...

I think I need a vacation. I'm confusing myself. NEVER let them tell you it is safe working with the insane. I sometimes think I crossed over...day after day.......haven't had three days in a row off in 4 years. I'm not allowed a vacation.....

Because you "calm" the anger.

A modern form of Jousting?

LPG said:
Can you wear head armor, take a 9mm Glock round to the head and not feel any ill effects........?

Doesn't matter. This is so stupid that head injuries won't make any difference.

Gimmee a Simunition hand grenade, and I could rule this new "sport."

Better yet, a Simunition bazooka!

Pretty soon, there will be Simunition Howitzers so towns can go at it for points. Then, just use real ammo: and the world will suddenlly turn happy and utopia will ensue.


This is a good trend. You'll see.

LPG said:
Can you wear head armor, take a 9mm Glock round to the head and not feel any ill effects........?

Yes you can, genrally 1 shot. But they are using Simunition. Bascially a firearm version of a high velocity paintball.

I have an even better idea.
Once a month turn all the traffic lights
green in all directions for 5 minutes.

ATM47 said:
I have an even better idea.
Once a month turn all the traffic lights
green in all directions for 5 minutes.
Click to expand...

I've only known one guy that did something this stupid - and shot his 'terp in the leg as a result.

True story.
You must log in or register to reply here.

Big Brother - are all his itty-bitty toys ripe for abuse?
2