I wish my Les Paul wasn't so perfect...

Play it but just be aware so that you don't inadvertently ding it. My 2013 Traditional is still minty. I play it frequently, but am always aware so that I don''t do anything to harm it. My other Pauls are a VOS R9 & a '74 Custom, so I'm not as precious with them as they have some aging built-in already. You'll be fine, & make sure you play it...Way too expensive to be hung on the wall like art. 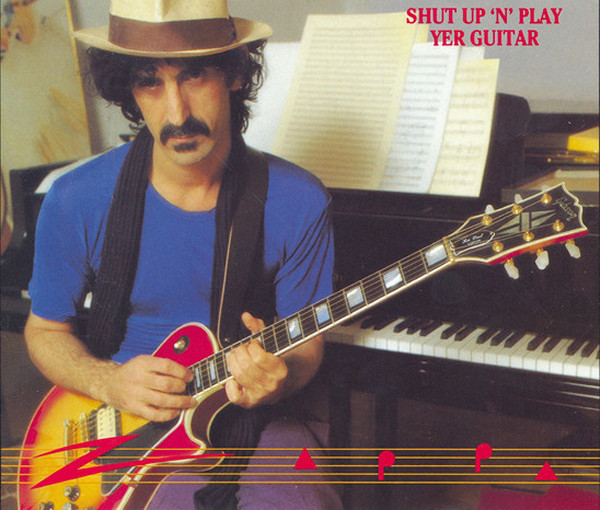 Pee on it that will make it yours!

The finish on a.Gibson is not as delicate as some would lead you to believe. It is hard to get buckle rash. Sure, you can leave marks on the back by wearing a big belt buckle but you’d have to do that many times over to get down to bare wood. Just leave your shirt untucked and you will probably be fine. With normal use your guitar will look great for years.

You paid for it with your hard earned money. If you want to be prissy about it go ahead.

Look at what Page did to his LP. Check out Keith’s tele. Have you seen trigger lately? These guitars have been beaten up for 50 + years and get only better. Be more like these guys, the experience one has with a guitar far exceeds the essence of its manufacture.

I have a 92 wine red LP standard That was given to me by my soon to be wife as an engagement gift. . I take care of it but play the shit out of it. All those little dingA, belt rash, sweat stains worn fret board give it character and personalize it. That thing sounds better and looks better everyday with age. Wouldn’t trade it or sell it for anything. PS Still have the wife and she too has a few dings but she is a keeper
D

In 2013, I got my delf a Gibson Les Paul Standard premium AAAA top in tea burst to me it is beautiful and looks newish
I play it most days, so play it enjoy it life is to short.

Yup. I know exactly how you feel. I bought a 2019 Les Paul Standard a few months ago (cost more than my friggin car is worth) and I'm just smitten. I adore this thing. It's absolutely perfect. Now, don't get me wrong, I play it every day, but the thought of taking it out in public just horrifies me. A friend suggested I bring it to a gig, and ... let's just say my response was a little chilly. However, I just entered a contest to win an Epiphone Les Paul so there's the solution. (Maybe)
P

I know what you mean. I have two Les Pauls, a down-the-line LPM I bought second hand, and a Standard I bought new with an inheritance. I generally gig with the LPM, because it was cheaper, is less pretty and has a maple neck, so I'm less scared of getting it damaged. And for the same reason I've felt less scared to modify it. I've really only played the Standard at home, and I've been doing that less and less because with the modifications I've made, the LPM does things the Standard doesn't. It has a treble bleed, which makes coil taps useable, a series-parallel switch that gives me something akin to Brian May's tone, and a Duesenberg Les Trem ii. It also has a nicer sounding neck pickup.

I've started to realise what a waste of a beautiful guitar that is. And I've also noticed I've managed to get a few minor dings and scratches on the Standard anyway, so I haven't been able to keep it pristine. So I've decided to be bold, make the corresponding mods to it, and swap out the neck pickup. I'll probably still play the LPM for dingy pub gigs, but if I get to play anywhere a bit fancier, I can bring the Standard and get my money's worth out of it! CeeKay said:
Yup. I know exactly how you feel. I bought a 2019 Les Paul Standard a few months ago (cost more than my friggin car is worth) and I'm just smitten. I adore this thing. It's absolutely perfect. Now, don't get me wrong, I play it every day, but the thought of taking it out in public just horrifies me. A friend suggested I bring it to a gig, and ... let's just say my response was a little chilly. However, I just entered a contest to win an Epiphone Les Paul so there's the solution. (Maybe)
Click to expand...

See thats the thing I have no problems gigging it- I am confident I can be careful with it. I just don't know if my mindset is wrong, should I be more carefree cause all those old guitars look killer but the pain of sticking a dent in this shiny baby... would be like putting dent in an ACTUAL baby lol

Also here are some pics for you pervy lot

LocoTex said:
Make it yours.....play it like you mean it!

Exactly! Spank that plank man, it’ll play all the better for it

JMT Guitars said:
Also here are some pics for you pervy lot

I don't take my '90 out much for the same reason, though I will on occasion if it's a big stage and there's less chance of a headstock hit. But in the end of the day these are instruments and should get played. A little bump here and there may happen, but it's a balance of playing the guitar or keeping it perfect and not enjoying it.

I have collection guitars that were expensive, which I keep in the case all the time. I will look at them, smell them. polish them, feel them, caress them. I will play them very carefully now and again. They are investment guitars (I tell my wife that any how, but truth is there is no way I would sell these babies). Then I have cheaper guitars that have a few dings and scratches. I also have some other guitars that are high end, but I bought them second hand. they have dings too. I play these guitars all the time, I take care of my equipment even the cheap stuff with dings. If I add another ding I am not concerned, they player guitars.

I'll never be one of those guys that acts like his Les Paul is precious. I play it, bang it around on accident, spill beer on it by accident, adjust the truss rod, fix or replace electronics. I treat it like it's my favorite guitar because it is. And I feel a great bond with it and am so used to it it's like an extension of my arm. You either play it or have it as a show piece, but there is really no in between. And in the big scheme of things they aren't that expensive. You can get a brand new Kia that costs thousands more, and nobody treats those as precious.
R

JMT Guitars said:
So about 8 or 9 months ago I bought my dream 09 Les Paul Traditional, mint with not a speck on it. As perfect as the day it was polished. And here's the thing cause it's sucha beautiful object and the most expensive single item I have ever bought, I cant stand the thought of damaging it. And I am thinking if I had bought an instrument someone had already put some chips and dents on then I could put some balls behind playing it rather than rarely taking it out of its case...

Am I being too prissy or should I have one for formal and one for work?

jbylake said:
Did you buy it to look at, or to play it? Is it a "barbie doll" or a guitar. The best way not to get chips and scratches is to keep it in the case except to pull it out to polish every now and then. If you're a player, then play the friggin thing. Chips and scratches will happen. So is the life of a guitar player. If you gig it, it'll get a few dings even sooner. You lost me at "prissy" so I don't know where you stand, but if you're that worried, then sell it, buy something cheaper and pre-scratched, and pocket the difference.
Click to expand...

It's like buying a new 4x4 pickup all brand new and beautiful paint job you a ton of money for and won't take it out in the brush. Play it hard.
M

Cjsinla said:
The finish on a.Gibson is not as delicate as some would lead you to believe. It is hard to get buckle rash. Sure, you can leave marks on the back by wearing a big belt buckle but you’d have to do that many times over to get down to bare wood. Just leave your shirt untucked and you will probably be fine. With normal use your guitar will look great for years.
Click to expand...

The finish on Gibson's are traditionally very soft as nitro cellular lacquer goes, my lutherie instructor has told me that more than once, he has been an instructor and lutheror for about 40 years, he knows his stuff. I have a 2013 ES-339 custom shop that has some light surface scratches on the front that mysteriously appeared. When trying to buff them out, I discovered how soft the finish is on this guitar. I may have a unit that wasn't cured properly I suppose, because the finish was actually soft in other areas, especially in the control cavity. Since it is a 2013 guitar, it may be that by then Gibson was starting to go down hill quality wise. A 2009 Gibson was better, quality wise. But, since it will never be a "vintage guitar" before it gets scratched, just play it and enjoy it! Everyone goes through that "new guitar" period. Then once the first scratch happens, you contemplate suicide, then realize you're going to be okay, you just get on with it.Then actually really enjoying it for what it is, a guitar, not a holy icon. Just play it bud, whatever happens will happen, the more you worry about it, the more likely it will get hammered, that's also a law..., Murphy's!!!
You must log in or register to reply here.
Share:
Facebook Twitter Reddit Pinterest Tumblr WhatsApp Email Link