Aren't they technically screwed in?

serious case of the jelly jells!!!!

windsen said:
I recently added these two beauties to the collection. Both were single owner guitars (not the same owner). Both all original. The '59 Junior sat under a bed for much of it's life. I'm looking forward to breaking it in as it's probably the loudest guitar I now own - super vibrant and rings like the most glorious/rockin' bell. The '56 Special has been played in a good amount. Very soulful guitar - I love the neck tones on this one. Had to rotate the magnets in one of the pickups as it came wired out of phase. I may ultimately consider a refret on the '56 but I'm enjoying it for what it is now. Both of these have been on my bucket list of guitars for a while so I'm super stoked to finally add them to the fold. 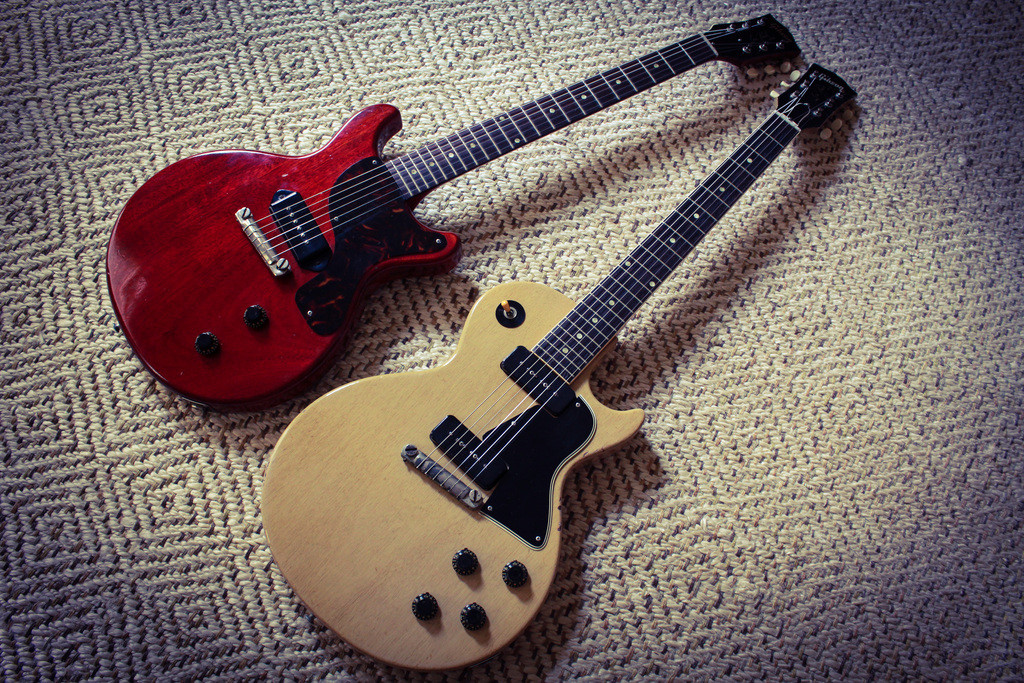 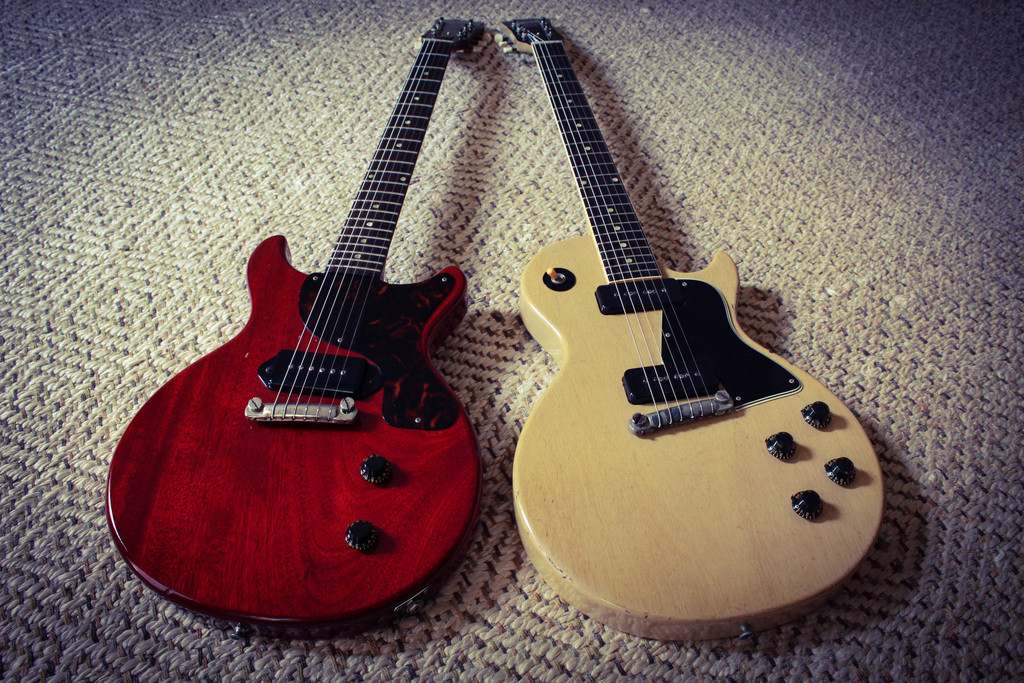 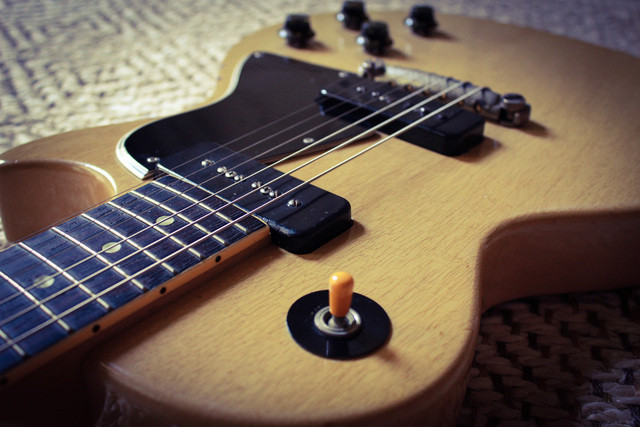 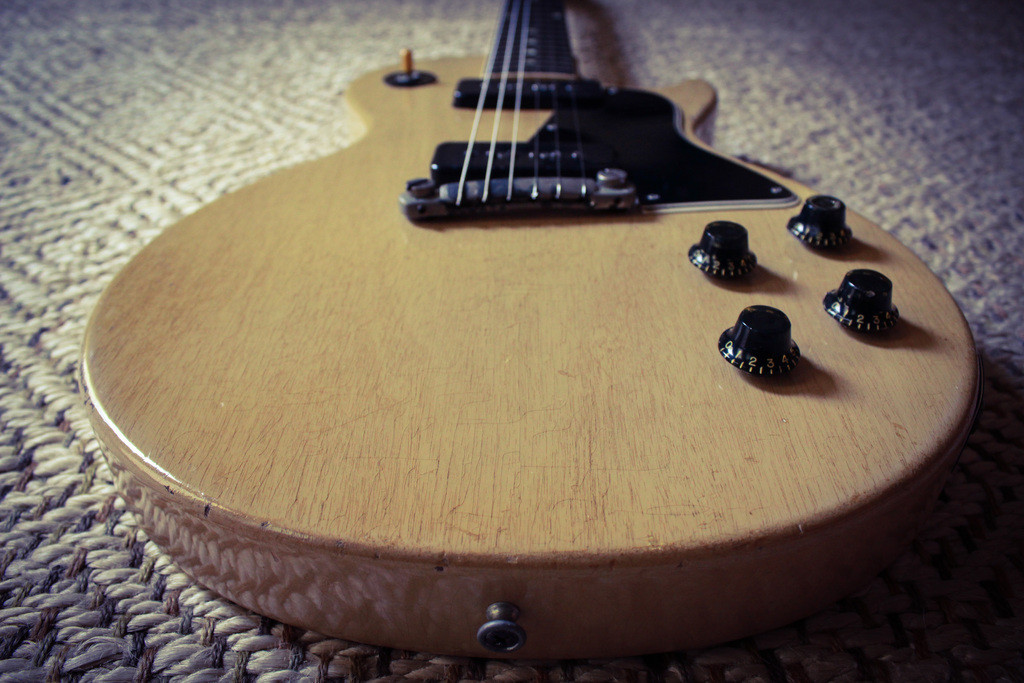 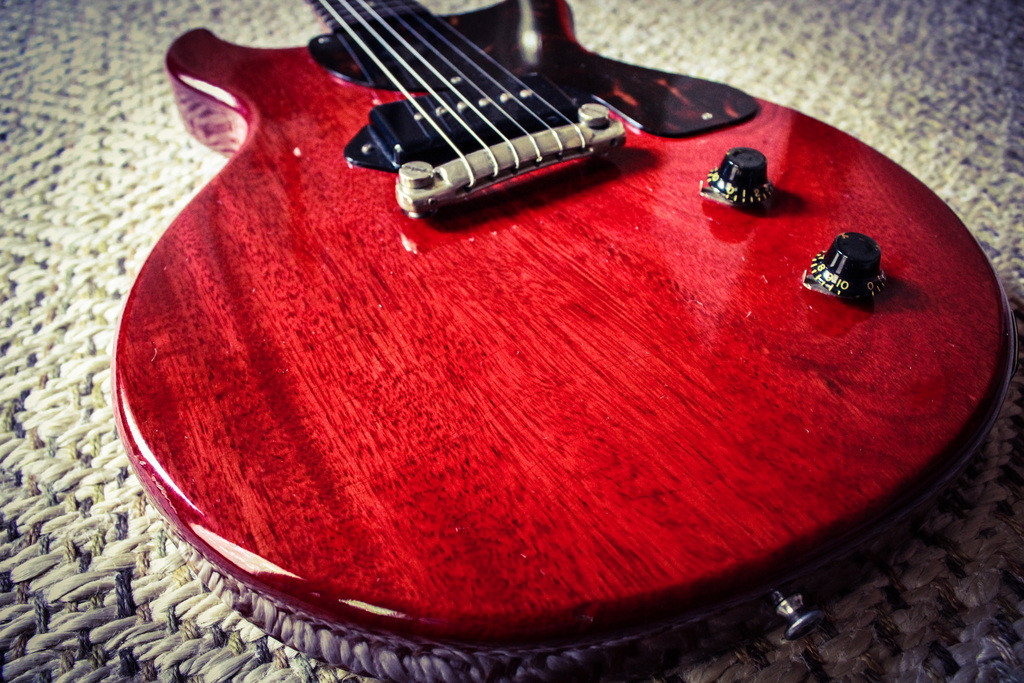 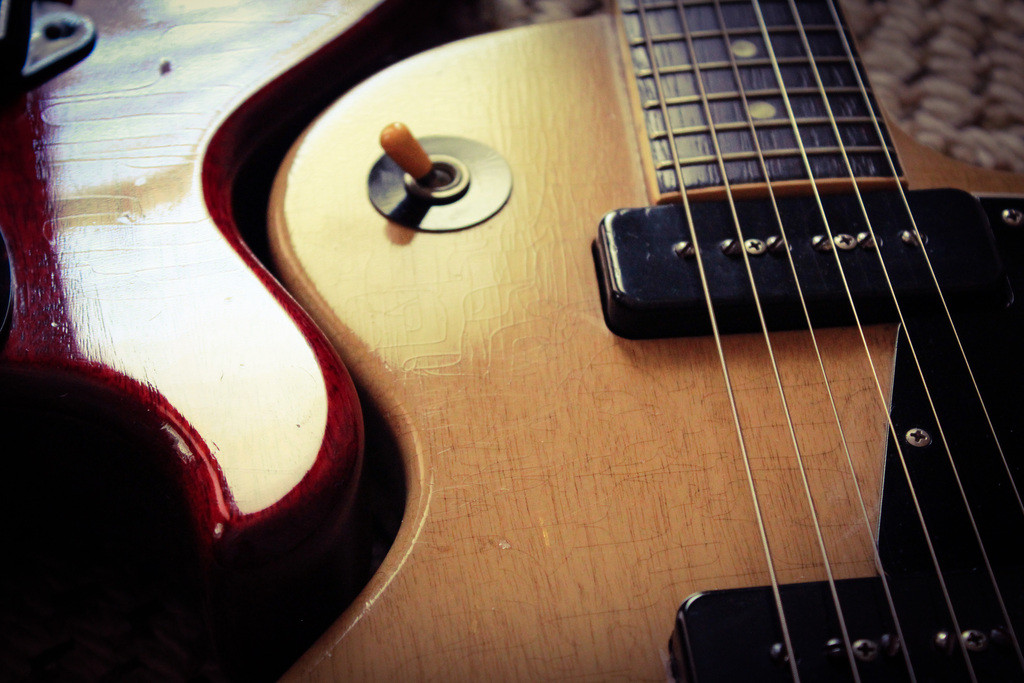 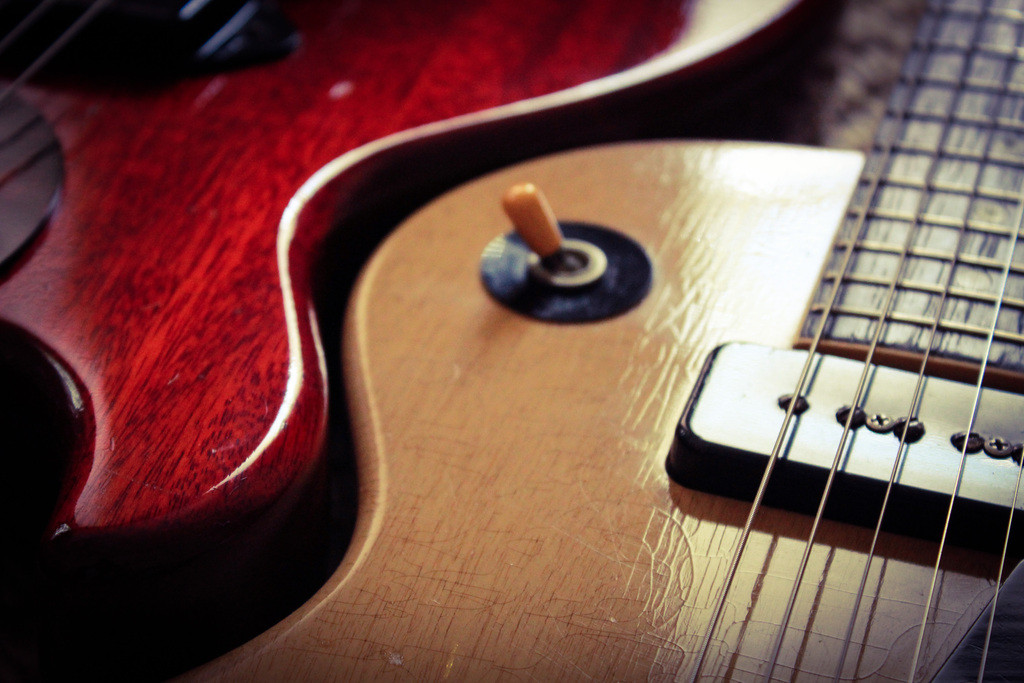 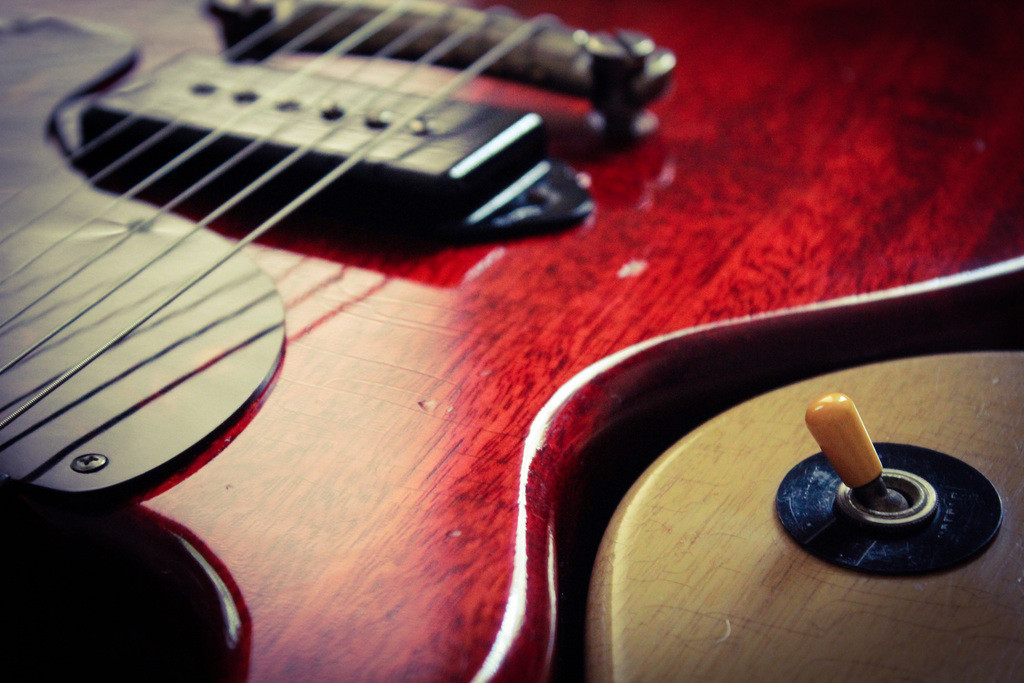 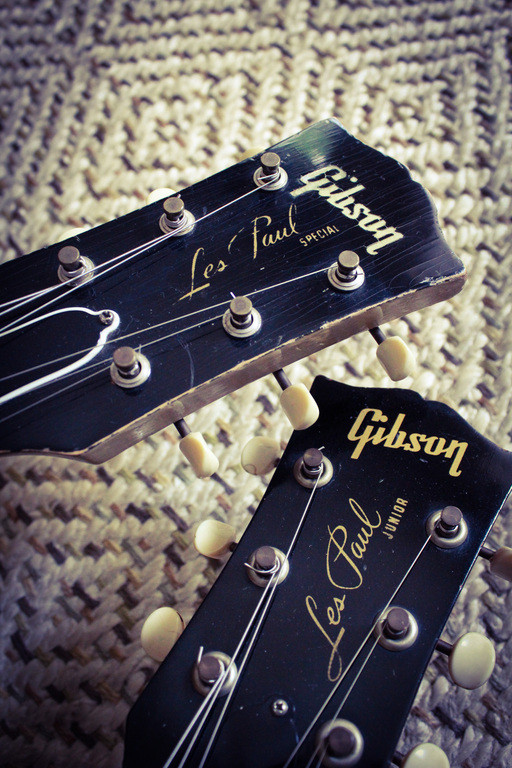 Hi lucky, say, I was thinkin bout these two kids.spending so much time together, mabey even unsupervised at times...Well, if they should happen to have babies, I will gladly adopt them and give them a happy home! Please let me know.
A

Nice guitars. Been playing since the 1960's and have owned/played many guitars. Every time I plug in my 2011 LP Jr. in, I am Amazed at how great it sounds.

My '58 Cherry (faded) LP Jr. I bought in 1965, my Jr year in HS for $65 at a local music store. Store owner told me it belonged to the regional Gibson Rep and he had Gibson put all gold hardware on it. The other is my '81 LP Std, traded a Kramer Tony Alpina mdl Gunslinger single HB for it in 87. My crown jewel of my collection is my '62 LP Custom (SG Style) in White turned cream with age, all original, OHSC, the 3 HB's are PAF's. (see my member Ikon picture) Just beautiful guitars and photos of them!

Beauties! 2 of my bucket list guitars as well. Congrats!!

thesjkexperience said:
Just beautiful guitars and photos of them!

All "Juniors", at least the original ones (I don't know about the later reissues) were usually 3 piece glued mahogany bodies (remember, these were the bottom of the line Les Paul's in price, so they'd never get 2-piece bodies). My '58 is 3-piece, you can see one "seam" on it's left-side pretty clearly and there is another seam on it's right-side where the Gib craftsmen did a spectacular job of matching two pieces of the same shade and grain of mahogany. You have to look really hard in very bright daylight to see that glued seam.

Les Paul Specials were another story, while still a "slab" LP, they were a big step-up in price and quality to the "Juniors" and had 2-piece glued bodies when a sunburst model, though usually 3-piece body when a "painted" model, like the "TV". I have a '73 LP Special in "Brown Burst" finish (a "2-color" burst that has a near natural color in the center as opposed to yellow tint of a regular sunburst) I bought mine new in early '73 at the Gibson factory in Kalamazoo Michigan , as a "second", just before they moved to Nashville. On the headstock above the s/n there is a 2 stamped in meaning a "second", though I couldn't hear or see anything wrong with it. The salesman said that the clear-kote body top layer was too "cloudy" to be a first run to send to dealers. I paid Gibson $175 and no tax for it, Gibson HSC included . The band I was with at the time was on tour, I played it for the rest of the tour and them retired it from the road after getting home for just studio work. Still have it and it's still in near mint condition and sounds so sweet for classic rock.

As for the '81 LP Standard, I have no idea whether the painted body is 2 or 3 piece Mahogany with the shaped Maple top. In all the Gibson manufacturing research I've done in the past, they usually saved the best Mahogany big slabs that could be a 2-piece body for Sunbursts with 2-piece maple tops of course, "book-matched" for flame maple. But often used 3-piece smaller pieces of Mahogany slab, but still 2-piece maple for "painted" Les Pauls, whether Standards or Customs. I believe the vast majority of LP Customs were painted. A very close friend that is a renowned Luthier in So California has vigorously said there is no difference in sound between a properly matched, prepared and glued 3-piece body of good wood and a 2 or 1-piece body. In fact a 2 and especially a 3-piece is less likely to have shape changes (like warping) as it ages than a 1-piece. That I could absolutely believe.