Guitar Collectors - Don't Let This Happen To You

A guitar playing buddy of mine died in December 2018 from cancer after 90 days in the hospital & hospice. I understand he racked up huge bills due to the length of his stay, but his wife sold the house quickly and moved to a retirement community in Florida (as he directed) where I expect she will have to fight off collection agencies for years.

My friend had a about a dozen guitars, none of them worth more than $2,000, the most valuable being a Santa Cruz acoustic with some cosmetic issues. He had a $1,000 Martin hog that I put a pickup in for him, a few cheap amps and a very small PA system that another buddy of mine sold off after his death as a favor to the wife. The rest of the guitars were in the $300-$500 range. Same buddy is holding the guitars for the wife pending the outcome of the estate settlement. He's a very solid guy, and an excellent guitar player so the little collection is in safe hands. He nor I have any interest in any of the guitars, we both have plenty.

The bitch of it is, the dead friend's son from his first marriage thinks this guitar collection is worth a fortune and has hired a lawyer to try to get them back. The entire collection is worth somewhere between $5k and $10k (probably closer to $5k in this market). So the dumbshit has ruined his relationship with his step mother (and half sister by default) over a misunderstanding about the collection's worth. I expect his lawyer fees will quickly match or outstrip the entire collection's value. In his words "it's torn our family apart". My own take is he is an idiot to put such a negligible amount of money ahead of what's left of his family. His own biological mother ditched him when he was one year old, so now except for his own wife and son, he's on his own. Of course he's not going to listen to anyone because he thinks it's a conspiracy to rob him of his supposed vast inheritance.

I can't believe his stupidity, but I do believe it would/could/should have been avoided if the collection had been assessed before my friend died and distributed to the family, or at least the estate lawyer. Yes, I understand there is some sentimental value, but none of these guitars were vintage or family heirlooms, and the son isn't even a musician.

Moral of the story, make a list of yer shit and sell off anything that's not being used. You never know when your number's gonna come up, so don't let this or anything else you own destroy your family after you're gone.

Intention is to have stuff long gone before I am.

Mom is still alive and told her and dad years ago leave everything to my younger sister.

They gave me life and love. Money and things can be someone elses.

Young man I music mentored for years will get a call someday from me saying come get all my gear.

I’m very fortunate in this regard to have no survivors save my brother and sister, and parents at this point.

I don’t have anything particularly valuable, even all together. My last wishes at this point are just understood via verbal conversations, and everyone’s on board and understands.

Essentially, there are a handful of people who should just take whatever they want, the rest goes to a local music shop and sold for whatever they want to give with my brother and sister equally dividing that sum.

Same with my guns, the value of which exceeds my guitar close to 2-1. My biggest problem at this point in that regard is I really should procure a few more M69 trainers since that’s the one piece EVERYONE wants.

That situation will likely get a bit more complicated as I will most likely end up with a friends dads preban firearm collection from Ca. If that happens I will need to separate my stuff from his so he can at least receive the value of his fathers collection which he will never be able to own. At least I have a trust already setup so it will be a simple matter of listing my belongings and keeping his separate.

The people who think they might be mentioned in my Will, aren't.
The people who are, don't know a thing about it and will have a nice surprise one day.
Just wish I could be around to see everyone's faces when it's read.
Even the tax-man's going to be rather pissed off, coz I've already mitigated most of the Inheritance Tax.

RedSkwirrell said:
I've already made out a will and appointed my Executor.
The Executor is responsible for my Estate and all contents until probate has been settled.
Click to expand...

so did I, at least in the days my daughter was under 18 years old. He is my oldest friend and as reliable and trustworthy as (a lawyer) can be. It was very important back then, because my daughter's mother is a bitch when it comes to money.

When I had many guitars, I ran a list which I updated frequently, stating all details and value and also the dealer of my biggest trust in his honesty and fairness.

Since I am retired and have no pension, I'm living on my savings and since I don't know how old I'm gonna get, I don't know how much will be left for my daughter. I hope I don't have to sell my house so she can have it.

My Will states my guitars go to the Rock and Roll Hall of Fame the moment Hendrix, the Beatles ,and The Rolling Stones get inducted in the Hall ... till then they stay in my possession ... what wait a moment there is telephone call for me. Wait a minute I will get back to you in a minute with my response to this post. “ uh hello ,who is this ?, The Rock and Roll Hall of what?” Hhhmmmm .... never mind. I gotta redo my will ..

everything goes automatically to my wife, what she does with it all is up to her ... I draw the line at worrying about money after I'm gone, there is enough to worry about while I'm alive ... but after ? forget it

If you "adult" the right way, you'll have everything in order. I do. Everything is in a trust for my daughter, spelled out specifically, and done right by a lawyer. Cost me about 2k to have the trust done, and a will including medical decisions. No room for any idiot to crawl out of the woodwork and claim anything.

My family knows my guitar and amp collection has some value. There is nothing worth more than $1000, if that. I have to write a will that takes into consideration that my stepson who lives 1/2 mile away will have to deal with getting rid of all that stuff. It's going to be a lot of work. His cut should be higher. I just have to figure out how high. My natural grandson gets my oil and gas mineral rights. I'll get right at writing a Will. Someday.

I used to worry about all kinds of stuff like this happening, after I am gone.

Then I realized I won't give a rat's ass after I'm gone.

So I don't worry about it anymore.

I've got no kids...I'm the last of my line. So everything goes to Mrs. G. My only fear is that she'll sell the stuff off for what I told her I paid for it!

Kinda where I'm at. None of my kids play music. I'll be 65 the next birthday. When i play I just reach for a select few guitar. Only 2 in constant rotation. The sell off is in the future for now but will occur.

Freddy G said:
My only fear is that she'll sell the stuff off for what I told her I paid for it!
Click to expand...

I would say in addition to guitars, Make sure your other stuff is in order. Bank accounts, credit cards. Insurance policies. Deed to house. My dad...god bless him said everything is in the safe and don’t worry. But really... they had paperwork and accounts all over the place. And yeah. Trust docs. Leave good notes, Don’t make it a full time job for your loved ones.

Brians Evil Twin said:
" but I do believe it would/could/should have been avoided if the collection had been assessed before my friend died " (...)
Click to expand...

You've got your answer right there.
And that's what everyone should do.

But the best way is to make out an official will.
That way there are no shenanigans and everything is clear.
At the very least a hand written (actually two!) will(s) given to two separate family members
who can open their envelopes together to show the matching documents
in front of everyone.

Personally I don't believe in selling everything.
Some people are really happy to get something they can remember you from.
Giving in advance is also good 'cause this way you know that the people you chose
got what you wanted to give them.

My grandfather gave me a few things way before he died.
He said: "Here, take this. I want you to have it and this way I know you will."
There was his "trademark lighter" wrapped in leather with his engraved initials.
I was touched.

I've had a number of online friends whose families imploded after the passing of one or both parents. Usually, the trouble was well known beforehand, but it's still sad.

I hope to be down to 1 or two guitars before I die.

I'm leaving instructions for my guitars to be amassed into a big pile and be lit on fire... 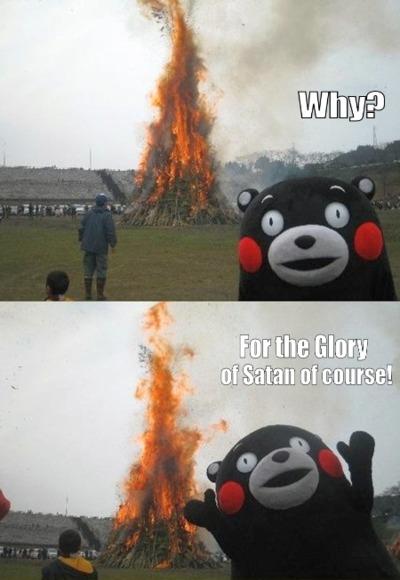 What do you say to a friend who attempted suicide?
2

Musicians and Artists with Hand Injuries
2

Have to get something off my chest: Coping with injustice in Michigan
2 3