Got the call last week. Would you like to do sound for Gordon Lightfoot at the Performing Arts Centre?
Me : Hell Yeah!!!
I grew up listening to Lightfoot....his songs were all over the radio dial. I have always loved his music but I have never seen him in concert before. He is getting up there in age so I thought I gotta see him!
Well he didn't disappoint. What a pro. What a disciplined band! Soundcheck was very lengthy....went from 4 -5:30. Gordon would call out a tune, then immediately count it in and the band was always, always right there. Sometimes he made a small signal and the band would stop on a dime....he would ask for some adjustment to the sound or to the way somebody played something and then 1 second later count in and off they went again. No time wasted at all.

He played most of his big hits....there would not have been enough time in the evening for them all.
If You Could Read My Mind, Carefree Highway, Sundown...too many to name. When he played The Wreck of the Edmund Fitzgerald the place erupted. Something about that song has always moved me, and sure enough, I had a tear in my eye hearing him sing it. His voice was quite frail, but the sheer strength of the songs carried the day.
His guitar playing was razor sharp though and so was the band.
Just as he was introducing the last song of the night, his 12 string (the same one in the pic) slipped off his strap and crashed to the floor. I saw a big chunk of the back splinter off that old Gibson....a damn shame.
It was a long day for me....I was there from morning to almost midnight, but I'm so glad i can file this one away in the memory banks! Not my cup of tea, but well done Freddy, being part of it.

Impressed that GL was still such a pro, and glad you got to be a part of it.

This is one of those times that "Cool story bro, tell it again" meme could be used and not sarcastically.

Killer!
Sucks about the guitar, though! I hope it’s alright.

A fan here too, Freddy. You are spot on about him and his band.

I read some years ago about what a stringent taskmaster he is and the demands he makes of his band-mates.

But they didn't seem to mind and in the article the bass player and guitarist said that sometimes for fun they would act up behind old Gordy's back by bobbing up and down in time or smiling and joking between themselves... Till ol' Gordy would look back at them and then they would sober up quick like nothing happened. It was a game to them to try to not get caught.

I think it was around the time after the Edmund Fitzgerald in the interview, because something Gordy said about his lead player has stuck with me to this day.

I believe the question or compliment was aimed toward the solo work in Edmund and how well done it was.

Gordy responded with praise for his guitarist and noted that with him (the lead guitarist) it's as much what he DOESN'T play as it is for what he does.

He chose his phrasing carefully and didn't over embellish anything. Gordon respected and admired that in him.

Tough man, but his band thrived under it. They liked working with him.

What a great honor that you were asked Freddy, and responded the consummate professional, your work must exude. I listened to Gordon a lot as a kid. He's great. Especially the EF. One song he did is a favorite for me still for a gal I loved that got away.

Bravo to you for keeping the Legend going! Bravo Freddy!

HeartString said:
What a great honor that you were asked Freddy, and responded the consummate professional, your work must exude. I listened to Gordon a lot as a kid. He's great. Especially the EF. One song he did is a favorite for me still for a gal I loved that got away.

Bravo to you for keeping the Legend going! Bravo Freddy!
Click to expand...

He played Beautiful in the first set. And it was.

I don't know much of his stuff. I've heard of him though. Very cool story! Shame about the guitar. Any idea if there was much damage?

Howard2k said:
I don't know much of his stuff. I've heard of him though. Very cool story!
Click to expand...

Don't know his stuff? Take a listen to these:

Shame about the guitar. Any idea if there was much damage?
Click to expand...

Yes, a chunk of the guitar's back about the size of my forearm was laying on the stage by his feet.
Last edited: Nov 10, 2017

Thanks, I shall give those a listen.

Wow! What a co-incidence. I just read that the Edmund Fitzgerald sank on this day, Nov. 10th back in 1975.

Cool, good for you. Gordon has put on a couple great shows here in the last couple years. Front row center

"Sundown" in the car, driving alone.
SO cool.

Grew up in MN- the Edmund Fitzgerald is quite an intense song- as is the reality behind it. Songs that remind me of a carefree childhood running around outdoors- just had to be 'home by dark.'

Freddy G said:
Don't know his stuff? Take a listen to these:
Click to expand...

There was a Canadian poster, 7G-TOP who doesn't seem to post anymore who worked on Lightfoot's Toronado back in the day. I found this on the GL forum... 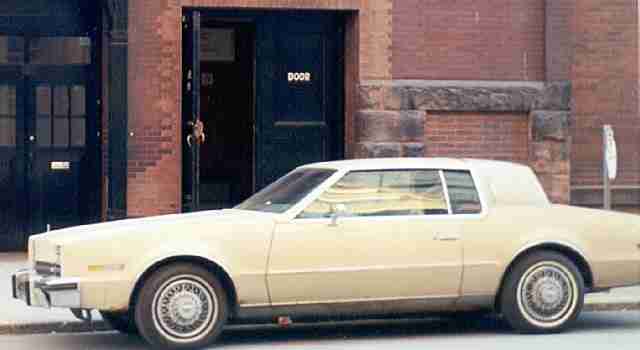 Congrats! I'm a huge fan of Gordon. Loved his music for years.

Not sure why I thought he was dead, but glad to hear he is not.
You must log in or register to reply here.

Goodbye Gordon Dow. You were the man.