For me it’s been about specs... I’d rather a 13 traditional over say a 17 model. I’ve had both and I prefer the neck of the 13.. both were good guitars with good fit and finish.. I did like the 57s in the 13 more so than the BB in the 17. The early 2000s models were pretty good in my experience.. I’ve had 3 classics and one standard from that era.... I’ve owned a Blueberry 17 Standard and I liked it a lot.. wound up trading it for a 86 Custom.. I didn’t use the push pulls on the 17 but it wouldn’t deter me from owning another..

I will say I have no interest in 15s because of the headstock logo primarily. I can deal with the rest of its differences.. I owned a 18 LP HP which had the same style nut and similar wider neck.. if I was more of a shredder I probably would of appreciated it more....

I’ve been lucky I guess.. I haven’t owned a Gibson that I would call bad.. as in beyond a good setup and pickup swap. Those two factors are really easily fixed and vary person to person .. what I don’t care for is when people who don’t own one go out of their way to give Gibson shit over build quality, over priced, etc.. ah well that’s a whole other can of worms that doesn’t need to be opened but anyhow... if I based my experience with Gibson on 15 min test drives at GC with a horrible setup with dead ass strings, I wouldn’t own one either..sadly there’s a lot who do use that small glimpse as a deciding factor.. but I’ve been playing long enough to know whether it just needs a setup or there’s more to it that a setup won’t remedy

The Traditionals recently are great guitars, as are (obviously) the Historics.

If you want to inventory differences that exist in different periods, that's one thing and makes sense, but the generic "better" is meaningless. Specific example: some people love the feel and tone of maple necked LPs and may want to know in what periods those are found. Others may prefer mahogany, and want to know when those are common. Neither is better. It's preference. And as for claiming that 58 or 59 spec is best, the market may treat those as most expensive, but most of the guitars being recorded today do not sound like either, and most of the guitars being used today do not play like either. The 58/59 spec is only "best"if you have for some reason decided that's what you want. It's probably arguable that in terms of pro use and records bought, the Norlin years may well be the high point for LPs in use.
P

vivanchenko said:
It would be nice to have a definition of good and bad. Saying that something kicks something else's a$s says nothing.

So what is it? Sustain? Resonance? Weight? Playability? Workmanship? Construction? Aesthetics? Resale value? All of these?

I think that the answer is easy - the closer an LP is to the best original 59 spec LPs the better it is. This includes resale value. This makes it easy to quantify an LP's worth from any era because there were certain undesirable changes in each later era.

I would term everything else as preferences. For instance, if somebody likes chambered LPs from 2008 that's fine. A chambered LP may sound 2x better than a solid one, but it won't sound and feel like an original LP. So, it might be more of a guitar, but not as much an LP as the solid one. So, it's value in terms of being an LP will be significantly lower.

The marketplace will tell you the same thing.

So, one can find a good guitar from every era, but you can not say the same thing about a Les Paul.
Click to expand...

You no what? You are 100% incorrect. You can line 10 Les Pauls up in a row, solids, chambered, customs. There will be one that will stand out from the crowd every time. And I mean every single time it’s like this. I have a 2000 classic and I put some burst bucker‘s in it and it’s good. It’s a boat anchor but it rocks. Then I picked up a weight relieved Les Paul and you know what? In the studio and live? Hands-down beats every guitar I own. So I disagree with your analysis.

Paf1967 said:
You no what? You are 100% incorrect. You can line 10 Les Pauls up in a row, solids, chambered, customs. There will be one that will stand out from the crowd every time. And I mean every single time it’s like this. I have a 2000 classic and I put some burst bucker‘s in it and it’s good. It’s a boat anchor but it rocks. Then I picked up a weight relieved Les Paul and you know what? In the studio and live? Hands-down beats every guitar I own. So I disagree with your analysis.
Click to expand...

Sounds like a “too late” reply.. this thread is more than one year old

Mockbel said:
Sounds like a “too late” reply.. this thread is more than one year old
Click to expand...

Well there goes that.

PierM said:
It's not historically correct! 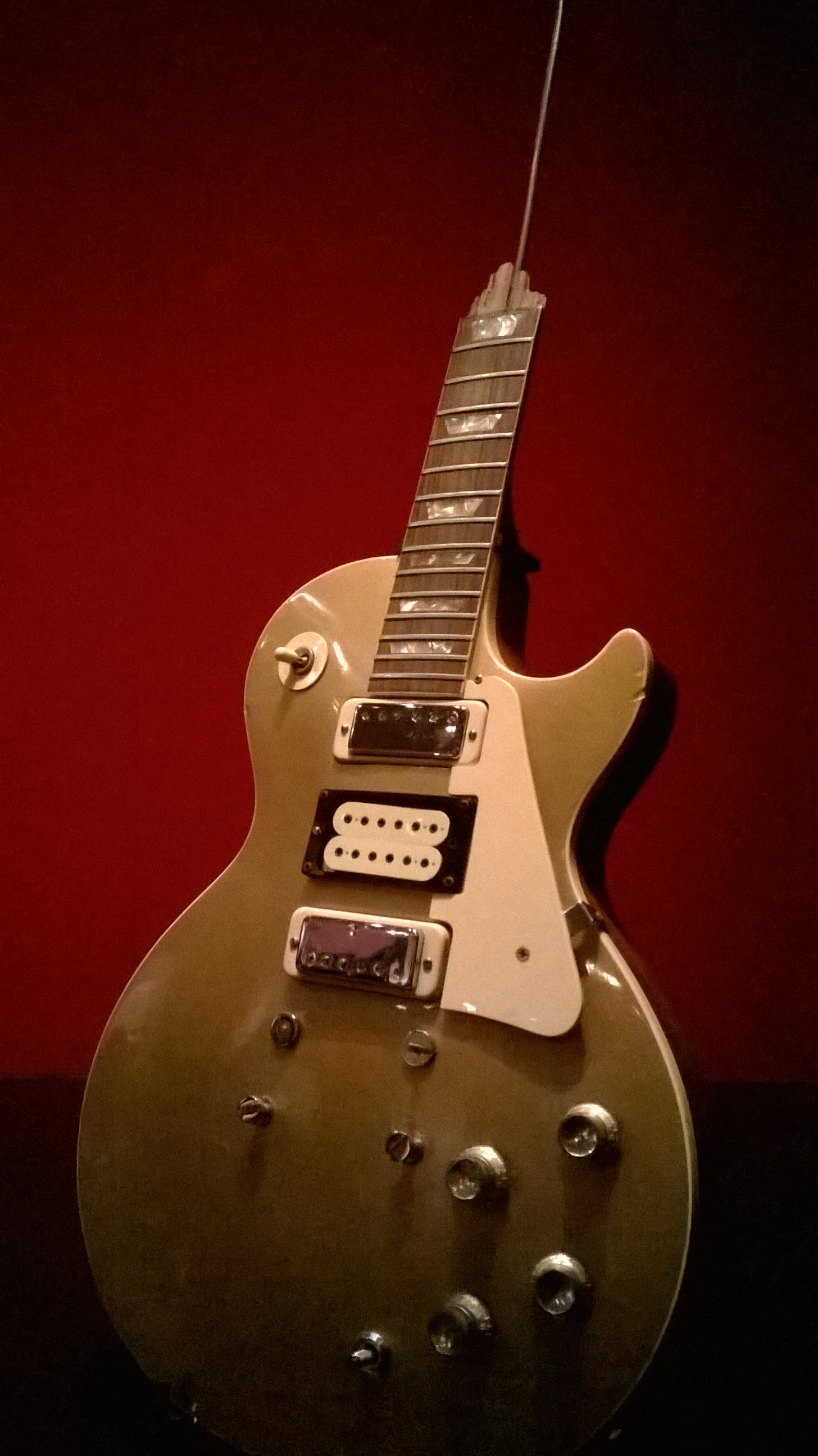 But it IS a Goldtop
C

Avoid the ones that don’t play or sound well.

The Traditionals recently are great guitars, as are (obviously) the Historics.
Click to expand...

My 2000 Classic is a wonderful guitar. In that year this was considered a plain top. The luthier I have had work on all my guitars (three of them Gibsons) said he could make any Gibson into one of the really great ones. He was a very impressive luthier and was renowned around Seattle; his name was Mike Lull. He said it was a matter of fixing Gibson’s screw ups, and those were usually that they did not put enough glue in the neck joint, they did not put enough glue under the frets, and they failed to operate their plek machine properly. I pressed him on it, and he said the same was true for Martin acoustics: he could make any D28 sound fantastic just by fixing Martin’s QC lapses. I don’t know if all that was true - he certainly made all my guitars play and sound great - but he clearly felt pretty strongly about it, ie, that Gibsons and Martins were great instruments, but that they sometimes needed some skilled “adjustments” to get them to their full potential.

People get a mediocre Les Paul, and years later "yeah..that was a bad year"

People get a righteous one and "yeah, XXXX was fantastic!"

Certainly one may prefer a certain model years specs over another. And at certain times I believe Gibson has had better QC (In the Y2Ks for example -before they started plekking guitars, the fretwork was not consistent at all) But I've played and owned killer and horrible Gibson guitars from every decade back to the 1970s.

But I have learned to try to judge Les Pauls as I would people- On their individual merits.

I would assume their would be good LPS and bad LPs every year Ive even heard from some that even a couple of the coveted Bursts were mediocre so there ya go .

i really can't wrap my head around the fact that people don't see that there are good and bad examples every year, for every product....