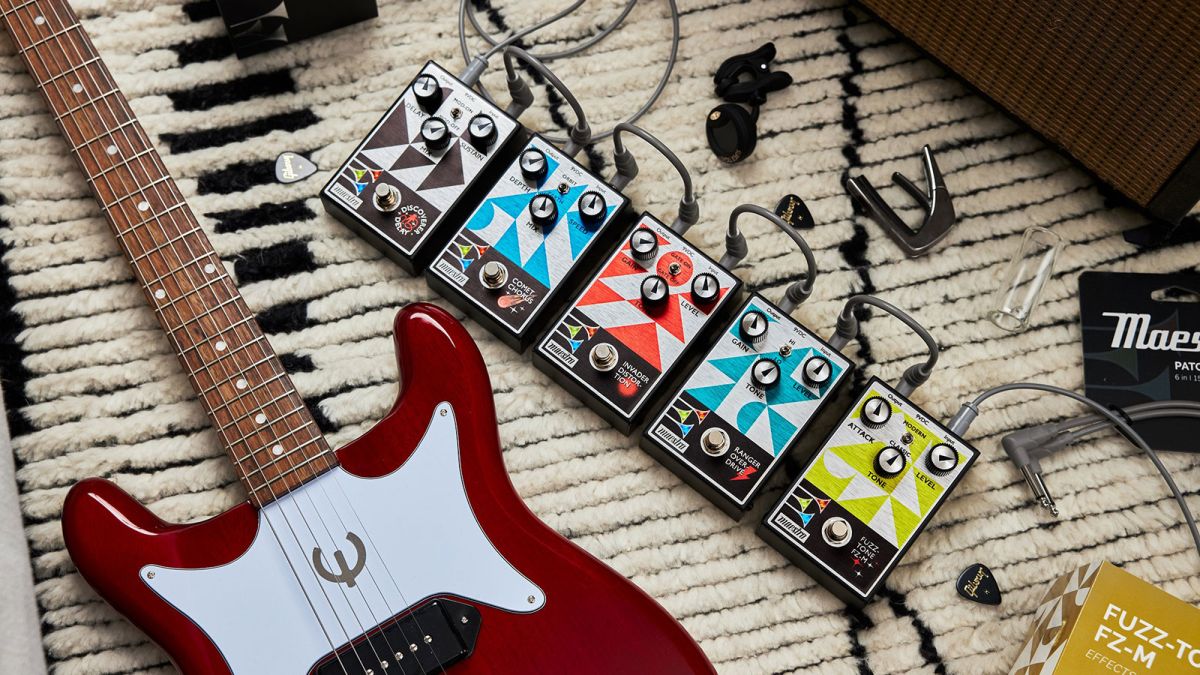 Had my hands on a couple of their old pedals for a stretch, I didn't like them. The fuzz was neat to mess with because of Satisfaction and because it definitely looks the era, but that wore off in about 5 minutes. Wasn't a sound that did anything for me and nothing I'd want to buy.

I render not the posterior of a rodent

I like them, but would only want the delay or chorus. Not a fuzz fanatic.

They'll sell some and once the novelty wears off and discontinue them again. There's a lot of quick money in guitar pedals and retro t& these are both, but like any other gear else I'm sure someone will take to them and make it work

I built a clone of the fuzz. I like it a lot. Not sure how well the new one replicates the tone. Differences in transistors make a huge difference in how they sound.

I actually used to own a few Maestro pedals, that I bought at Meijer (big, Michigan grecery/retail chain), and was pretty surprised at how good they were.

I ended up giving them to my BIL when I decided to downsize my pedal-board, and he still uses them, and they still work great.

And no phaser - literally their best pedal of the 70s

Are they being a little coy about where these are made? Or have I just missed it?

Im hoping these are made overseas. A cheap quality fuzz would sell easily.

Jay4321 said:
Had my hands on a couple of their old pedals for a stretch, I didn't like them. The fuzz was neat to mess with because of Satisfaction and because it definitely looks the era, but that wore off in about 5 minutes. Wasn't a sound that did anything for me and nothing I'd want to buy.

Of course my formative guitar years were the late 80s/early 90s and not the 60s
Click to expand...

Spot on.
I have a Boss FZ-5 (disliked by cork sniffers only because it's digital but it's an awesome pedal) which has Fuzz Face, Maestro and Octavia modes, which are all incredibly close to the "real things" and the Maestro sucks just like the original.
I did a session a couple of years ago in a studio near London England where the owner owns an incredible amount of vintage 60s/70s stuff, including a lot of very valuable 60's Fuzz pedals, and he told me that the only reason the Maestro Fuzz got any notoriety was because it was the only one Keef could get his hands on when he recorded Satisfaction(!) and it worked for that track because they had to make it work, moreover it was a novelty as dirt boxes were virtually non existent at that time, but Keef could've played the same "horn section-type lick" with a Tone Bender, and the sound would've been more pleasing.
Maestro Fuzz aside I'm interested in the rest of the pedals, I've been waiting for Gibson to come up with a line of effect pedals for a long time; I favour their guitars, also their amps, so...
By the way, at the end of the session I mentioned above as I was leaving I spotted the owner examining intently my Boss FZ-5, as he absolutely loved the sound I got for that "70's meet 80's meet Jimmy Page meets Van Halen" part I had to lay down, which I also loved too!
You must log in or register to reply here.

Why can't we buy a gibson ( brand) Maestro Vibrola..?