Lucky One said:
Looks like rosewood to me. What year was the guitar made ?
I have 4 studios and specials with obeche and they look nothing like yours.
Click to expand...

workerunit said:
an outhouse door that was on a tuna boat......
Click to expand...

You guys kill me.

I also think the first pic looks a lot like rosewood.......

nicolasrivera said:
Fake baked maple and non of them has any talent!

I believe the correct word is "have" not "has", but since you're a Prof you would know that 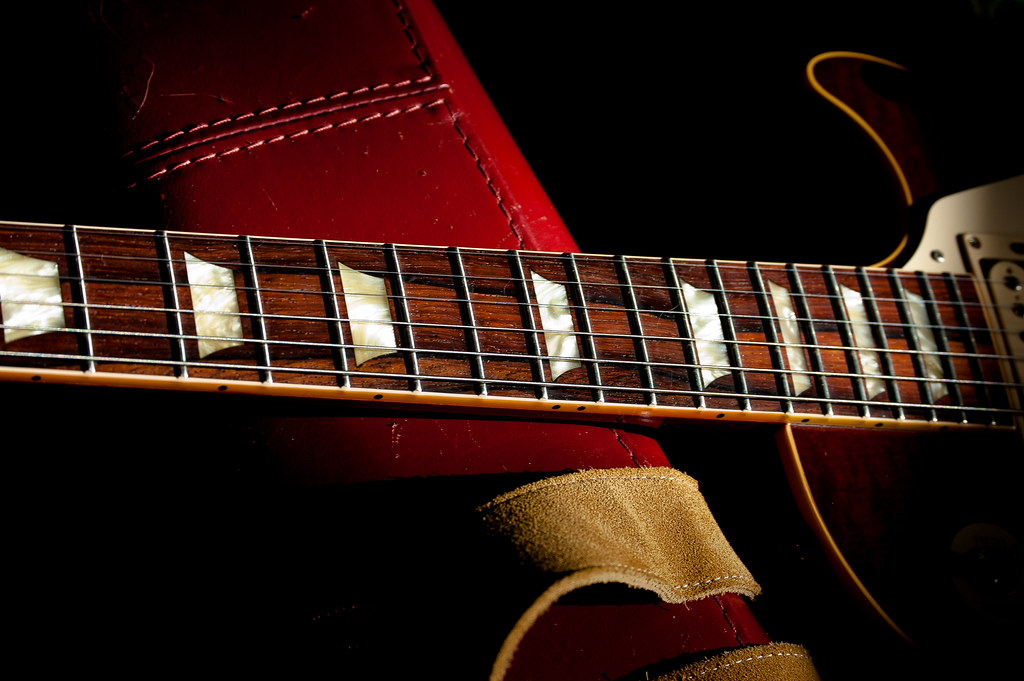 Yeah, I know, it's got shitty-looking inlays. Bite me on that point before we even get started. But, what is it? Whatever you think it is, I'll bet you're wrong. Unless you bite your tongue and restrict your response to "it's beautiful, River, even though it's yours...".

Which I'll bet you can't do.
Click to expand...

Arthur said:
I believe the correct word is "have" not "has", but since you're a Prof you would know that

Cut him some slack, since I don't think his primary language is English.

The Refugee said:
Cut him some slack, since I don't think his primary language is English.
Click to expand...

Considering for whom you're pleading slack, you're an even better human being than I already gave you credit for.

I might need some lessons from you, young Obi-Wan.

Considering for whom you're pleading slack, you're an even better human being than I already gave you credit for.

The way I look at it, judge people for what they are greatly in control of.

He knows what he is trying to say when he brings up his opinions about poly finishes, and plywood fretboards, and why the only good wood is proper rosewood, and whatever else he believes in. It is fine to argue and judge him based off those (or at least I think it is).

However, mastery of the English language is a difficult thing. Hell, I've been taking Spanish for years in school and barely made a dent in it (then again, most of my teachers have been poor at teaching, as I have been poor in wanting to learn).

If I wanted to judge him for his imperfect English, I would first expect myself to have a perfect knowledge of his language (assuming English isn't his primary language). Until I have that perfect fluency, I'll keep my trap shut. But that is just me.

AngryHatter said:
How would you know?
Everything you do is fake?
Click to expand...

God, I hate that fvcking painting. I must have framed prints of it 100 times in four years.

(I'm going to pretend I didn't see any of the last two pages)
Click to expand...

Yeah, i lost track somewhere in the end of the first page.

i actually do need glasses ,hahaha , o and before i buy another les paul i want to make sure its not a FAKE ! seems good ole china makes everything including u.s.a. stamped les pauls with serail numbers iv'e heard , scary shite ! see ya , alz

RayL said:
Hi!
I got a Les Paul SB studio in Jan, love the guitar, but have always wondered why the fretboard seems so weird. According to the Gibson website, it should have been a rosewood fretboard. However, mine doesn't really look nor feel like RW nor does it look like Baked Maple.

Yesterday, while going through some of the Wampler pedal demos, Rob Chappers sort of introduced about the guitar he was playing: a les paul studio swirl, which had obeche fingerboard on it. I realized that those fretboard look exactly like the one on mine.

Now, here is the tricky bit, I bought the guitar from Thomann, on its page, nothing about fretboards was ever mentioned, so I guess that I can't say they are false advertising.

However, on gibson.com, the studio silverburst never had obeche fretboards, (ebony>RW>BM), can that be called false advertising then?

Here is a pic of the FB on my studio

A fellow MLPer's studio which has obeche

P.S. Don't get me wrong, I still love my guitar just as much, I just don't like Gibson not telling me that there could be obeche on the model of a certain guitar, yet still supplying it with obeche.
Click to expand...

no man. somewhere they will have printed "gibson retains the right to change specifications without prior notification" or something like that. so it would not be false advertising.

and much more importantly, johan and the mets no-hit st. loo tonight.

"I'll have one each of what you're all drinking to start my Saturday rollin'. And leave that bottle of JD.
BTW,is this bar made of rosewood? It fkn better be. Or I'm takin' my business elsewhere!"

nicolasrivera said:
Complete fake you are!

Did you ever post clips of you playing in that thread?

diceman said:
You guys kill me.

I guess all that studying for the bar made you blind as well.

Put your clips where your relicing is.

(Translation - put your money where your mouth is)
Click to expand...

You're all wrong, it is Richlite!