A 69-year-old war veteran and former missionary was arrested over the weekend on the suspicion of killing a 22-year-old Cuban immigrant who mistakenly arrived in his driveway because of faulty GPS directions.

Gwinnett County jail records obtained by The Atlanta Journal Constitution indicated that Phillip Walker Sailors was charged on Sunday with the murder of Rodrigo Abad Diaz.

Friends who were in the car with Diaz told WSB-TV that they were trying to pick up a friend on the way to ice skating on Saturday but their GPS directed them to the wrong address. The friends said that they waited in the driveway for a few minutes before Sailors emerged from the house and fired a gun into the air.

Gandy Cardenas, who was in the car, recalled to WAGA that the homeowner made no effort to speak to the group before opening fire.

At that point, Diaz tried to turn the car around to leave, but Sailors fired another shot, striking the immigrant on the left side of the head. The group, which included a 15 and an 18 year old, said that Sailors held them at gunpoint until police arrived.

The arrest warrant suggested that Sailors had shot Diaz with a .22 caliber pistol. He was charged with malice murder.

WSB-TV&#8217;s Tony Thomas reported that Sailors was a war veteran and a former church missionary.


Raw Story (Georgia man guns down immigrant after GPS sends him to wrong driveway | The Raw Story)
Click to expand...

The link has a video. This is 1 of the many reasons why I hate the south. They give us responsible gun owners a bad name!!

Never kno with the news though, this could totally be a spun lie.

The guy was just protecting his property.

I see his missionary training kicked right in.

Until you take stupid out of the equation this will continue.

Grumpiness, dementia, scared of getting old coupled with holding your dirty Harry wad for decades = this.

morrow said:
This is 1 of the many reasons why I hate the south. They give us responsible gun owners a bad name!!
Click to expand...

I can assure you the south doesn't have the market cornered on this kind of behavior. It is everywhere.

Sue GPS. Someone is getting sued. Way of the world.

DRF said:
Grumpiness, dementia, scared of getting old coupled with holding your dirty Harry wad for decades = this.
Click to expand...

you got all that from a one sided "news" snippet????

Nope. Not gonna say anything.

I haz repainted and will thin no more.

Maybe if these assholes started getting locked up forever with hard time, someone might get the message.

My condolences to the kid who died, and the old man who shot him. No winners here.

But this story couldn't be more cliche ridden if you tried.... 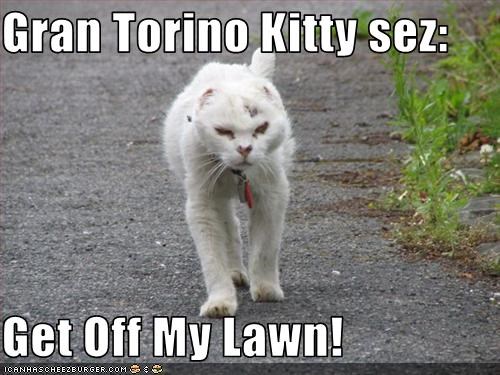 Why the condolences for the shooter? To hell with him. I really MEAN it.

OP do you hate the north too?
You should, they have shootings there also.
You must log in or register to reply here.