The last amp I bought was in 2015 and was a BE-100 head. I've used it mostly exclusively the past 7yrs. I was toying with getting one of these 'mini' head types for a while and when I saw sweetwater had it on sale I finally pulled the trigger.

I'm not using the power attenuator you see pictured (that is for from the BE-100 head). 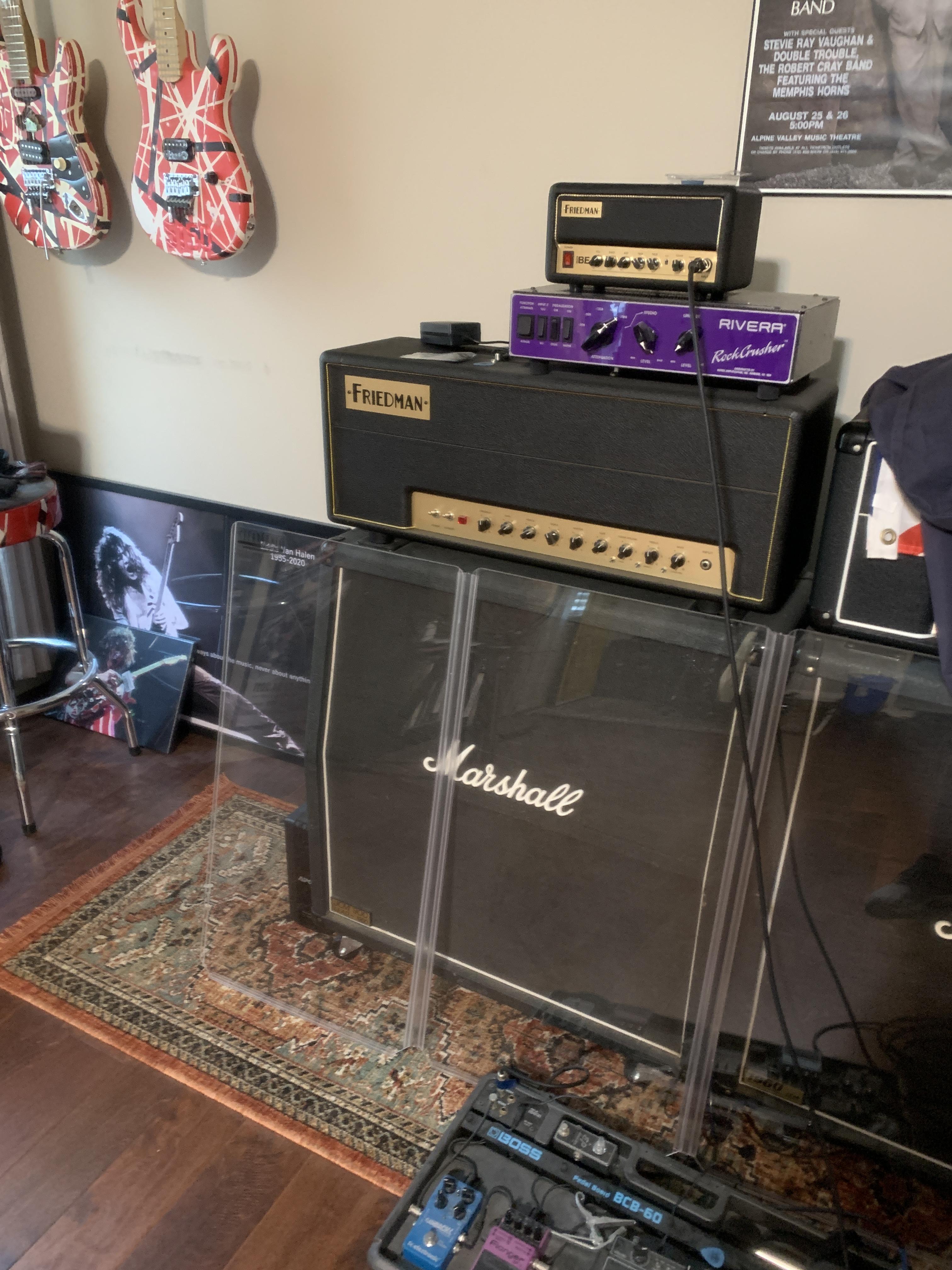 The FX loop is decent on it, I used my existing board right into it. But man, the thing has more gain than the BE-100 head IMHO! Even when you back off the gain to 9 o clock position it's still pretty high. EQ controls are ok, and it's louder than I anticipated. I'm running it into a 4x12 1960 with v-30's in it.

I almost bought the Soldano mini but shit if that is a known 'high gain' amp, I may not need it with this BE Mini being so hi gain! I know it'll be a totally different gain vibe, and I still may get a mini soldano.

But BE min is fun to play around with if I don't feel like firing up the tubes. Only complaint (and a minor one) is if it had less gain. But for 199 can't go wrong with it!

Oh and the plexi amp shields are anti-cat defense for the cab grills!

One of these days I'll go in through a pedal and right into the loop return. If that works by bypassing the preamp altogether, I'll keep the Mini as a Class D amp only.

Nice. CONGRATS!!! With your BE-100 and attenuator, what else could a guy need? Unless he's/she's an amp junkie!
B

Congratulations. I got a Bogner mini last summer. Lots of sound from these little boxes for not a lot of money. Enjoy!

who me? I would never climb atop dad's amps.... 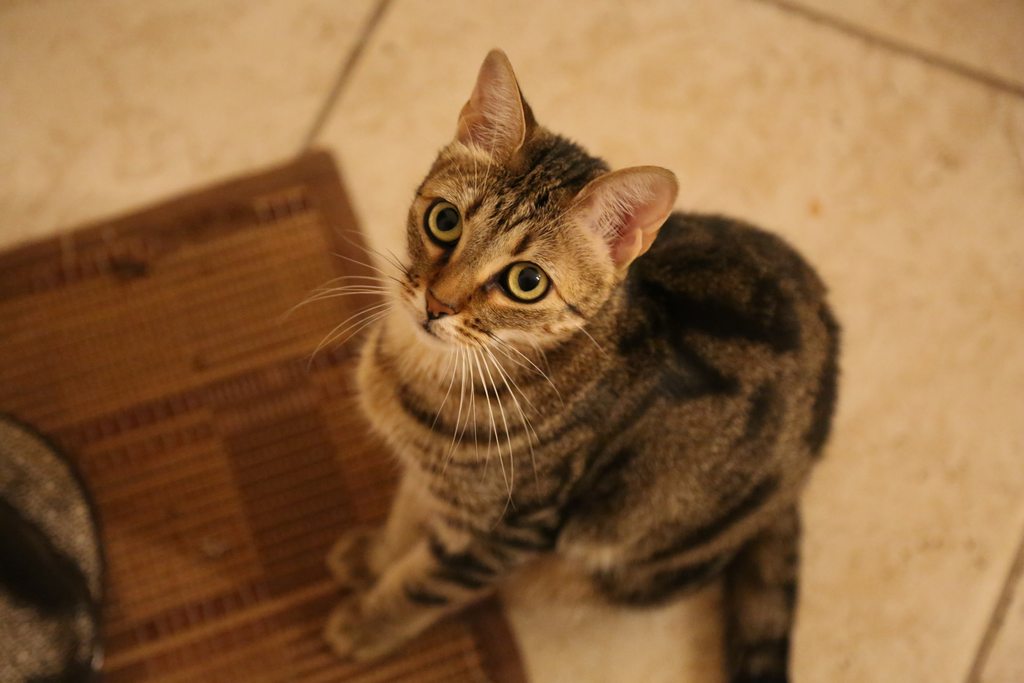 Nor would I, see I clearly don't get ontop of things.... 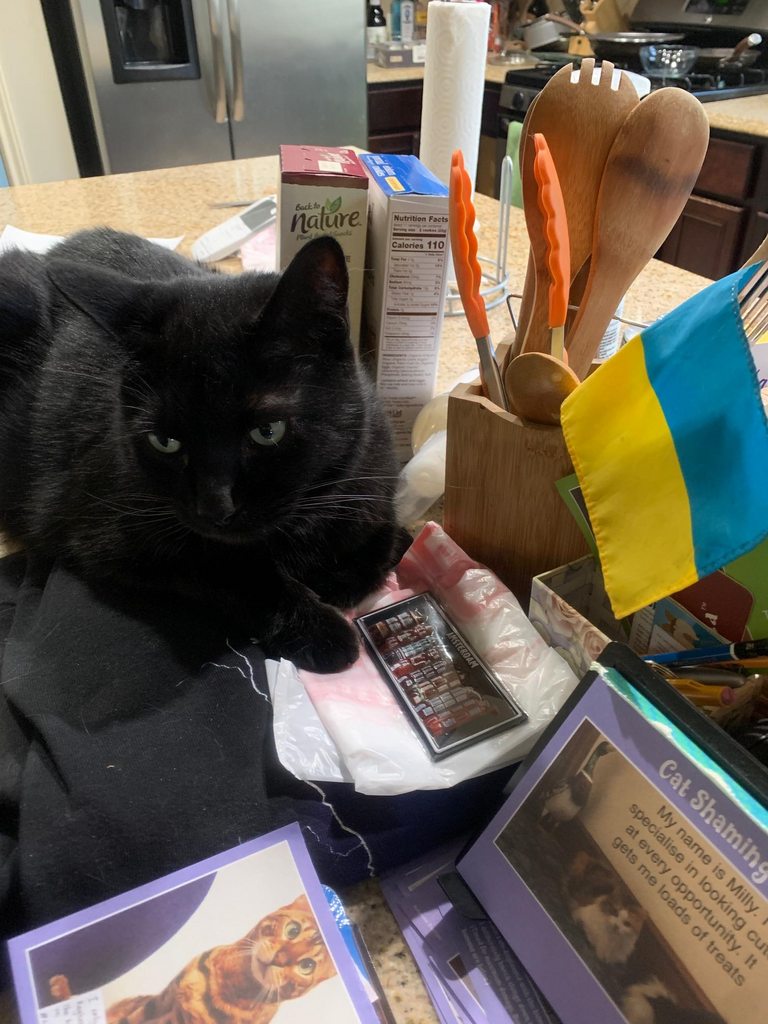 The mini amps from the different manufacturers sure came about at the same time.
Corporate espionage I tell you!

Amazing technology.
You must log in or register to reply here.

So The Mini Dirty Shirley