Wal-Mart to Offer Its Workers a College Degree Program - NYTimes.com

"The purveyor of inexpensive jeans and lawnmowers is dipping its toe into the online-education waters, working with a Web-based university to offer its employees in the United States affordable college degrees.

The partnership with American Public University, a for-profit school with about 70,000 online students, will allow some Wal-Mart and Sams Club employees to earn credits in areas like retail management and logistics for performing their regular jobs.

The university will offer eligible employees 15 percent price reductions on tuition, and Wal-Mart will invest $50 million over three years in other tuition assistance for the employees who participate.

Executives at Wal-Mart, the nations largest retailer, said the company was not interested in entering the online-education field in a broader way. The point of the program, they said, was to help employees get more education and to build a better work force.

Even so, because of its size, Wal-Marts internal changes often turn into industry standards, as with its efforts involving environmental sustainability. And with 1.4 million employees in the United States, even an employees-only program could have widespread implications.

If 10 to 15 percent of employees take advantage of this, thats like graduating three Ohio State Universities, said Sara Martinez Tucker, a former under secretary of education who is now on Wal-Marts external advisory council. Its a lot of Americans getting a college degree at a time when its becoming less affordable.

Wal-Mart estimates that about 50 percent of its employees in the United States have a high school diploma or the equivalent but have not earned a college degree. With the average full-time employee being paid $11.75 an hour, it was unclear how many of them will be able to take advantage of the new program. With the work credits and tuition discount, an associates degree for a Wal-Mart or Sams Club cashier would cost about $11,700 and a bachelors degree about $24,000.

Wal-Mart made the announcement at an early morning meeting at the Bud Walton arena here, where about 4,000 employees were invited to attend events scheduled around the chains shareholders meeting on Friday.

Its important because it reflects the kind of company we are, Eduardo Castro-Wright, who heads Wal-Marts operations in the United States, told the employees. A company that says, Anyone who wants to learn, who wants to grow with us, who is willing to work hard to get a college degree, can do that. 

Jaymes Murphy, 24, a wireless salesman in a Wal-Mart based in Victoria, Tex., said he had been trying to take college classes while working, but found the scheduling difficult. But he said the program gives me the confidence that I can go and not have to worry about sacrificing one thing or another.

I can get my education, he said, adding that he would pursue his bachelors degree online. The way the economys working, the way all the companies are working, youve got to go bachelors.

The program will initially allow about 200,000 employees in positions like cashier, department manager and distribution center unloader to accrue credits for training they already receive in their jobs.

It came out of an awareness that the jobs in our stores are really good jobs, Tom Mars, executive vice president and chief administrative officer of Wal-Mart U.S. said in an interview, but if we want to make them great jobs, we really have to do something different to distinguish those jobs and our company from everyone else in retail.

When asked if Wal-Mart wanted to enter the online-education industry Mr. Mars said no, no.

Even so, Wal-Mart appeared to acknowledge its wide influence in a letter about the program to the secretary of education, Arne Duncan.

While there is broad agreement about the need for more Americans to attain college degrees, we recognize that there is a healthy discussion under way about the best way to get there, wrote Leslie Dach, Wal-Marts executive vice president for corporate affairs and government relations. One of our aims with this program is to try some innovative approaches that seem promising, grounded in what is already known in the field.

He added: We hope in this way to expand the education and employer communities knowledge of what works most effectively, so that policy makers, other companies and other stakeholders can continuously improve such offerings.

Wal-Mart executives said it decided to work with an online university instead of a brick-and-mortar school after surveying more than 32,000 of its employees and learning that most of them wanted the scheduling flexibility afforded by online classes.

American Public University, which is based in Charles Town, W.Va., is reviewing all jobs at Wal-Mart to determine which ones will qualify under the agreement. By January 2012, some 70 percent of United States employees will be in jobs that have been reviewed by the university, Wal-Mart said.

To be eligible for the program, employees must have been in the job at least one year full time, or three years part time, and must also score on target or above target on their most recent evaluation."

I know people who work for Walmart. I've heard the stories. I have issues with it all depending on your "on target" appraisal.


It sounds OK at first glance, but I've seen and heard some shit.

never heard of it. but hey, if it helps someone better their life, i'm all for it.

meanwhile, clean up in aisle 3.

damn...worked at a sams warehouse for 27 years...now that im retired they offer this.oh well,i had good times,met some great people and enjoyed what i did.cant ask for much more than that...

redcoats1976 said:
damn...worked at a sams warehouse for 27 years...now that im retired they offer this.oh well,i had good times,met some great people and enjoyed what i did.cant ask for much more than that...
Click to expand...

Well... OP was when you had only worked for Sam's for 15 years, so maybe you just didn't get the memo?

Ya... Another zombie thread.

redcoats1976 said:
damn...worked at a sams warehouse for 27 years...now that im retired they offer this.oh well,i had good times,met some great people and enjoyed what i did.cant ask for much more than that...
Click to expand...

I remember Praxis. I hope he is well.


From what I've seen of the average Walmart employee, GED programs and drug rehab would be infinitely better suited.


From what I've seen of the average Walmart employee, GED programs and drug rehab would be infinitely better suited.
Click to expand...

Wow!
Guy waited 12 years to get a comment on his thread!

So 12 years after, do we see the effect of that great policy?

Plastic Sheds are the Devil's Playground DavGrape said:
Me 12 years ago: 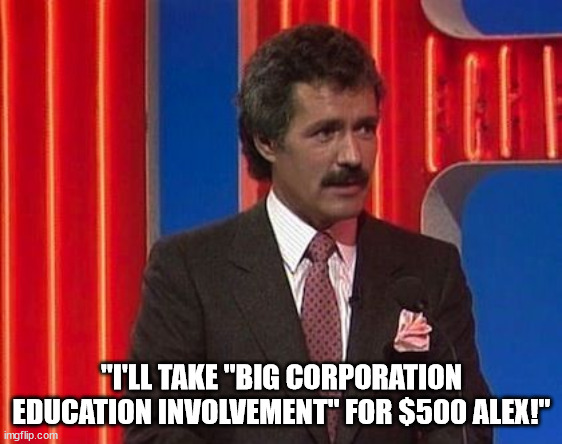 My dad was a surgeon for about 4 decades. He was in private practice. He offered to pay for any of his employees to take any courses they wanted, regardless of whether or not the course was applicable to the job. He just wanted to help them achieve and get the most out of life.

Bobby Mahogany said:
Wow!
Guy waited 12 years to get a comment on his thread!

That’s a shit load of Friday’s.

I'm wondering what @SteveGangi typed in the search bar to bring up this thread.

Bobby Mahogany said:
Wow!
Guy waited 12 years to get a comment on his thread!

I'm not used to waiting more than 1.2 seconds to offer my comments and opinions. 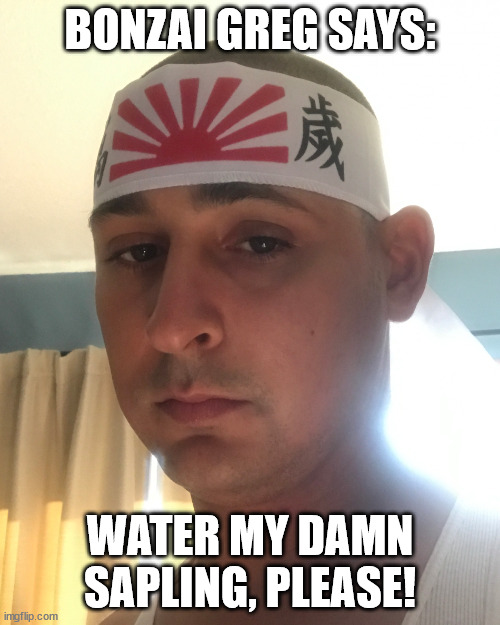 Wal-Mart to Pay Workers Up to $640 Million in Settlements

Now Here's Something To Look Forward To..