Hi all. Long time lurker, not that frequent at all poster.

I've got a player-grade 345-style guitar with a trapeze tailpiece and a Bigsby B7 that I want to mate, but upon dry-fitting, I noticed that the varitone rotary switch sits VERY close to the bracket of the Bigsby arm. As in: I've got 1mm of spare room between the chickenhead knob and the Bigsby, with the numberplate just starting to dissapear underneath the Bigsby. So I took to the internet and saw that earlier 345's appeared to have the Varitone a bit closer towards the F-hole compared to the later models. 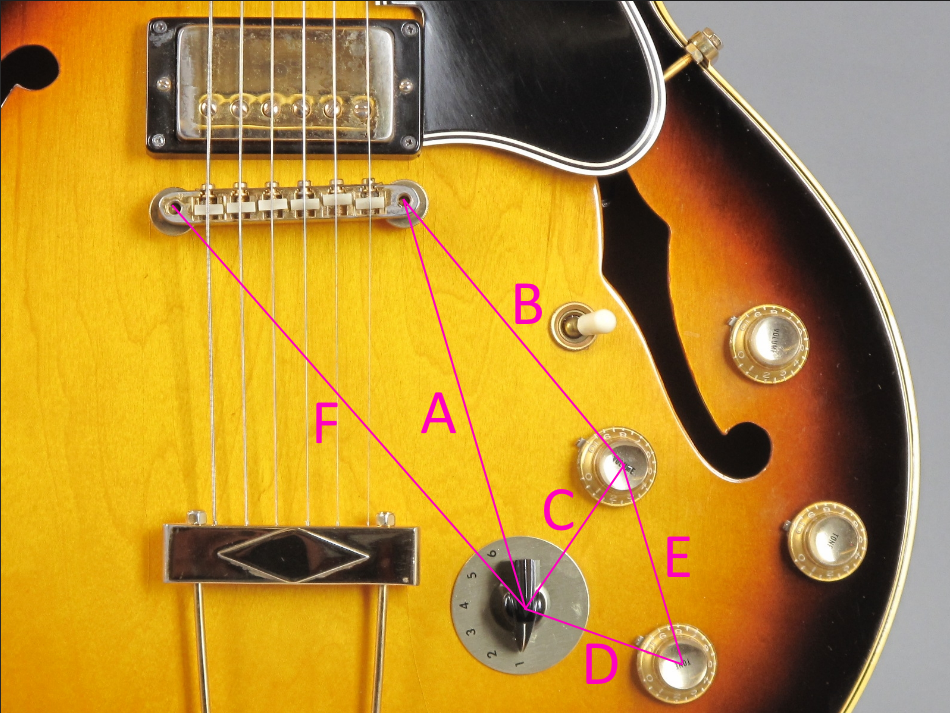 and later with the B7. Pretty close but perfectly usable for me! Note the Varitone plate can be rotated, which is what i did. That's more space than I have... peculiar.

and later with the B7. Pretty close but perfectly usable for me! Note the Varitone plate can be rotated, which is what i did.

Mr.Fingers said:
That's more space than I have... peculiar.
Click to expand... 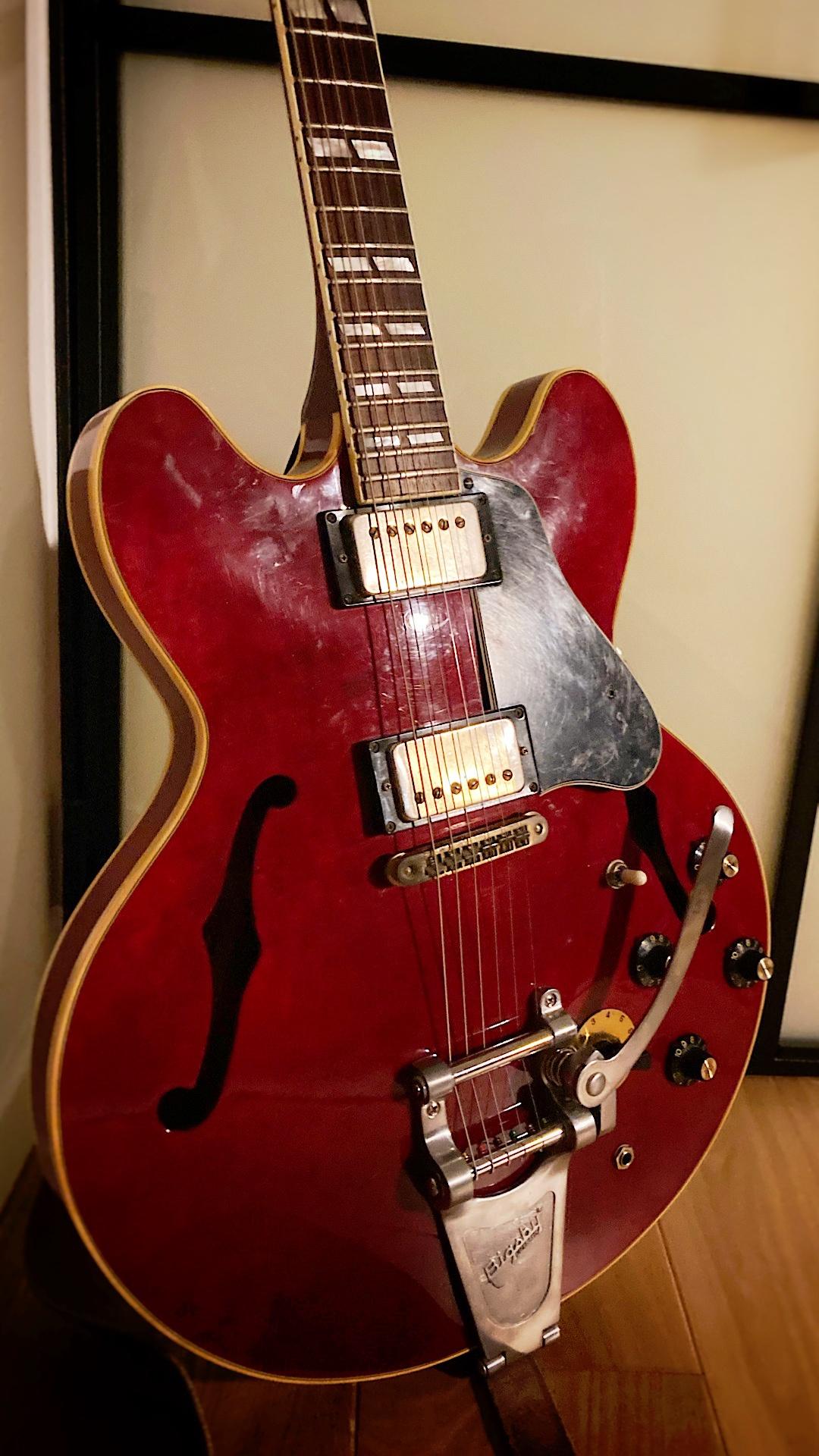 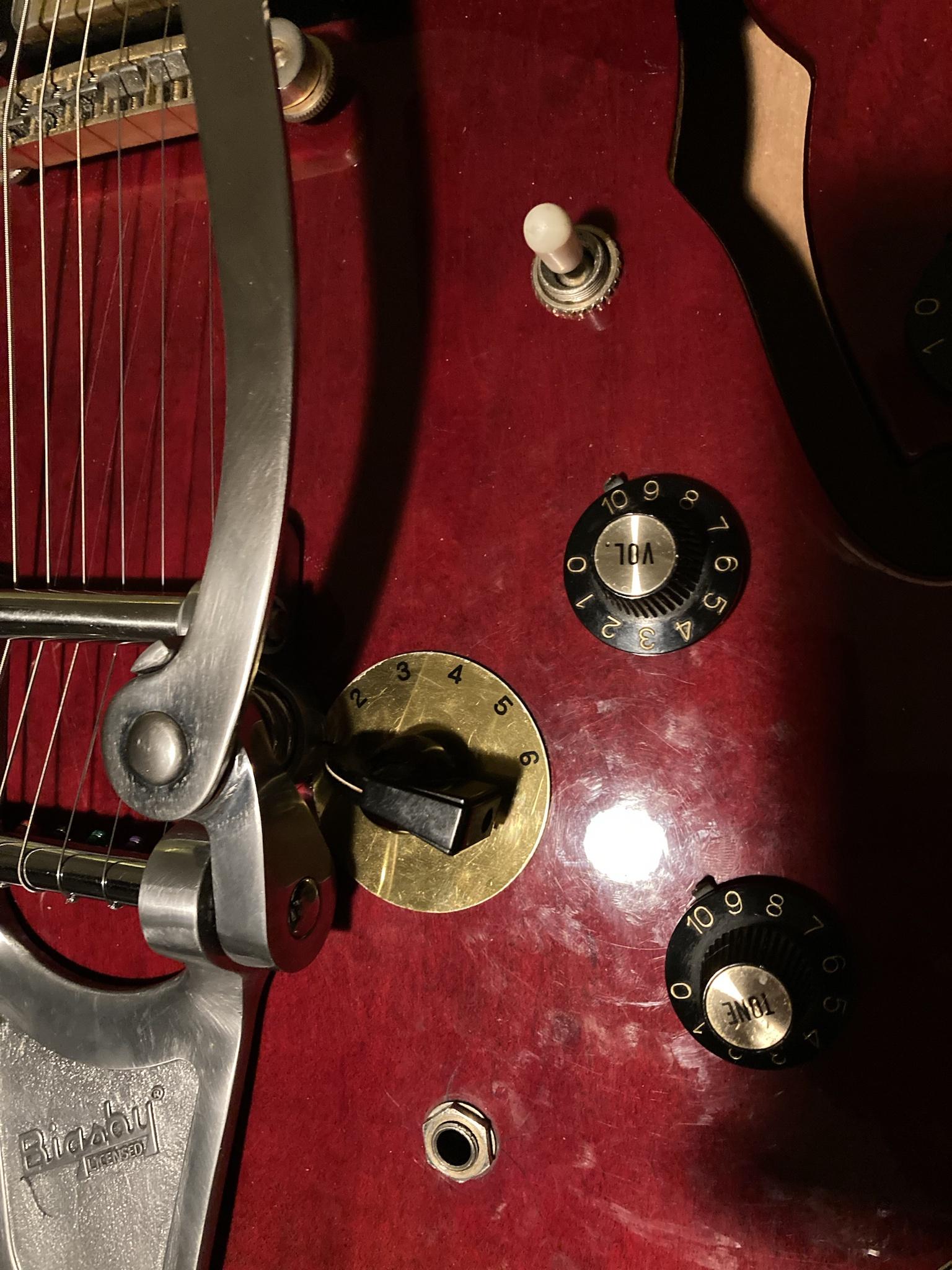 This.
As you can see, the Varitone sits closer towards the Bigsby than like on the picture of Airplane. This 1968 also has it really close, this 1963 sits further away. So it appears that there is some discrepancy between the location of the varitone switch. I can't imagine those were drilled in freehandedly? Help me date my vintage ES-345