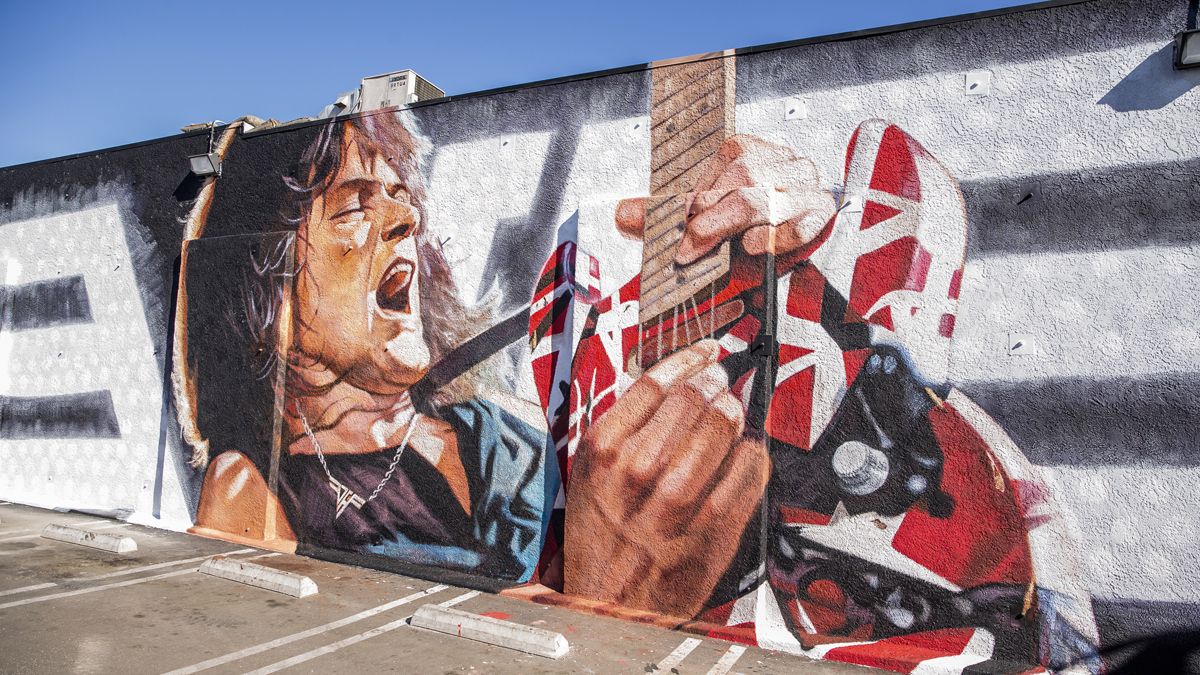 That's cool. I wish I could get that done on my wall if I was bankrupt.

It's cool and well done....but I'm trying to decide if I would recognize who it is immediately without the context of the guitar and VH chain. Does the face look like him? It's close. Still cool, artist clearly has talent.

Thats how you honour a legend

Cool...but the more I look it it, the less it looks like him.

Yeah, you're right on the money. It does sort of look like Malcom Young.

I wasn't convinced it looked like him either. I Did a Google Image search and found the source photo. I'll post a side by side for comparison: I think it's the nose that's out of proportion. Obviously I'm nit-picking, but still, if you paint a mural of an icon on the side of the Hollywood GC, you open yourself up to critique. The artist is very talented, and it's infinitely better than anything I could do.
Last edited: Jan 28, 2021

I was a big VH fan back in the day. To my ear, their stuff hasn't aged as well as some other contemporary pieces. Although "Ice Cream Man" sounds as good today as it ever did. However, I had the opportunity to see them live ('80s-'90s) and EVH was pretty awesome. One time. about halfway through the show he came out (alone), sat down on the edge of the stage with his feet dangling over and started noodling on the guitar. This turned into a transcription of some classical tune (which I recognized but could not identify) which turned into a face-melting guitar solo (I don't recall if it morphed into "Eruption") and eventually the whole band chimed in and they were off to the races. It (Eddie playing by himself) must have been something like 3-5 minutes long, but it was out of this world. I am glad to have had the opportunity to see him play live.

I'd like to know where that B string is anchored!

The artist painted him bending off pitch.

Ha, I drew this up yesterday, but lost motivation to post it. I'm not anti-Eddie, but the mural's chin reminds me of someone else.