I have acquired a few very cool new pieces of gear and well....I want to downsize everything to just what I need

So, heres a new thread of mine to condense everything so I am not taking up half the classifieds

I think as of now I will not be entertaining trade offers, just straight sale

Some arent! That helps me recoup funds and buy more fun stuff!

Alright, lets start with the freebies

1 - I have I think a Aria Pro II in red. Bolt on neck, has a G logo so PM if you want pictures. It can be wired up and string up and played as is, and honestly isnt a bad guitar. I had a 57 Classic and a Super Distortion in it and...I thought it sounded pretty damn good. It is a project guitar though. It will need a refret soon so this could be an excellent platform for someone who would like to attempt doing this on their own but doesnt want to butcher a nicer guitar. Comes with internal components - 4 pots, 3 way switch, Gibson Nashville bridge and tailpiece and Grover Rotomatics. I am keeping the pickups. Pay shipping and its yours


--Might have another addition to the free pile shortly--

For sale
2004 Fender Deluxe Players Strat in red. Maple board, decent condition, has some scratches and dings in the body. Ash body, beautiful wood grain on this one. On the heavier side compared to other Deluxe Players I have tried. Neck is in good shape, frets are good. Sounds great, 7 way switching option. No trem bar - didnt get one when I bought it. Ships in a classic Fender gig bag. $350 + shipping 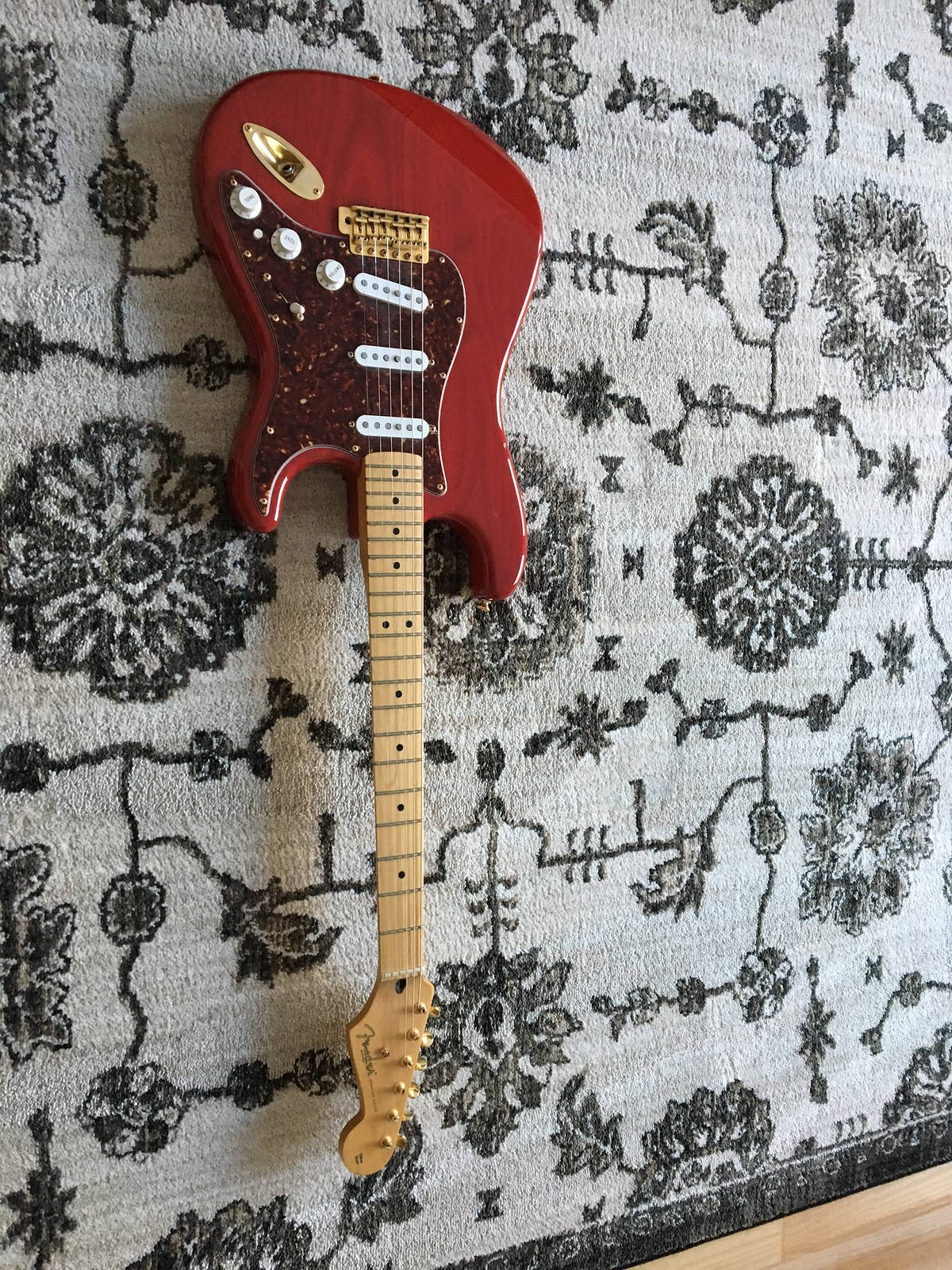 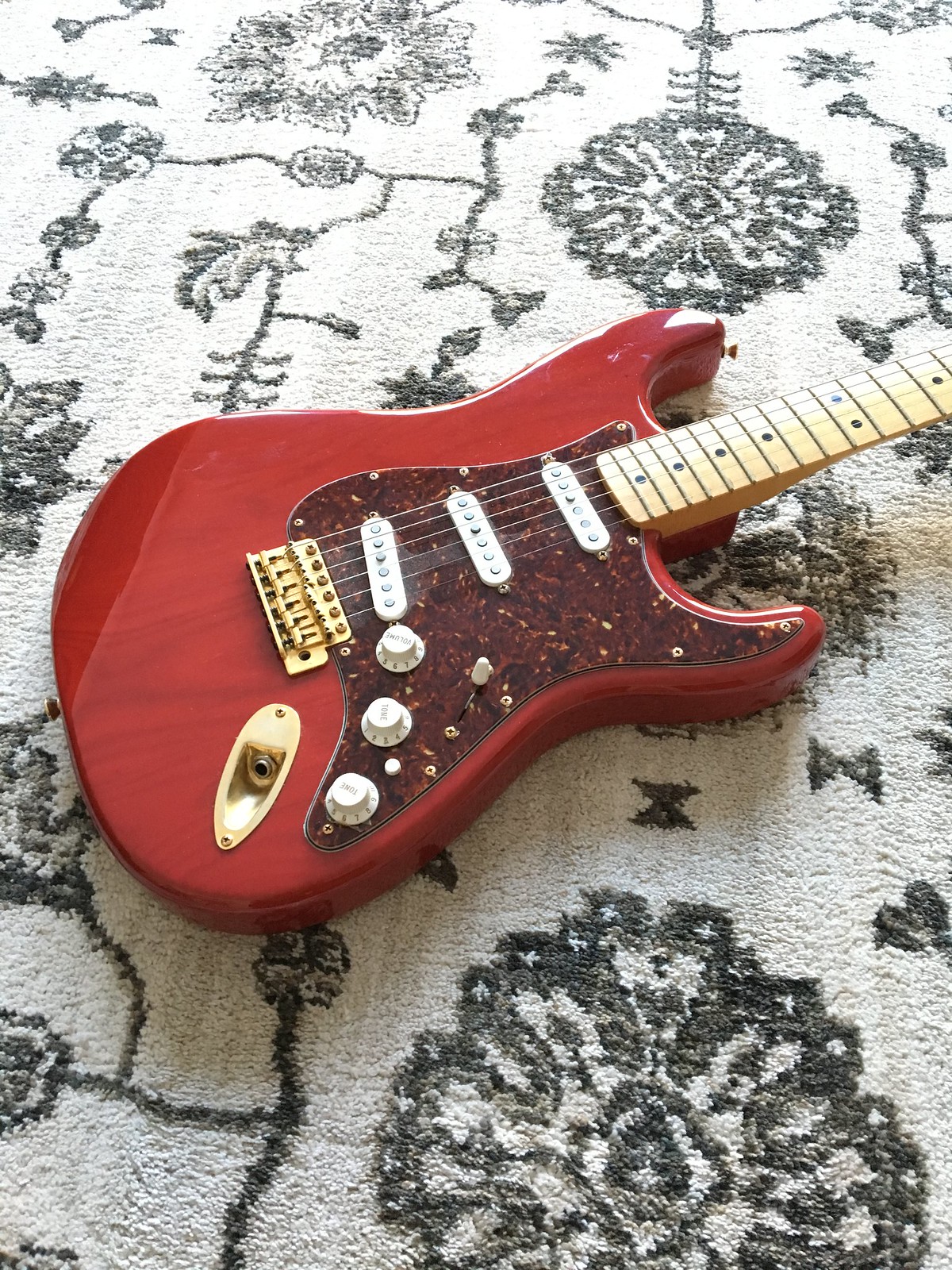 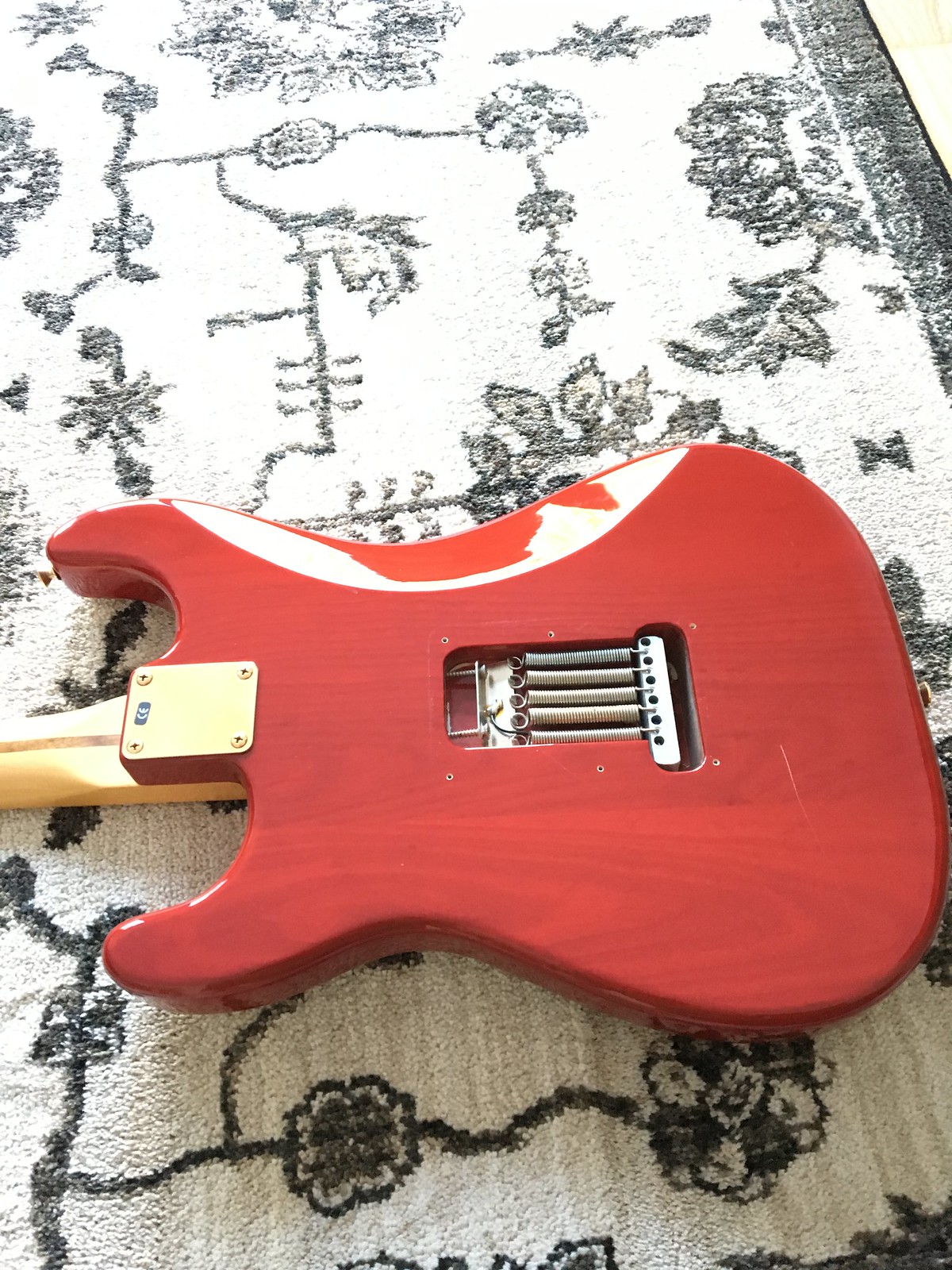 2010 Edwards P-90 LPC
Youve seen it around, its a great guitar. I love this thing, plays great, sounds great, what more could you want!? Only selling because I have another (with humbuckers) that gets all the attention and just acquired another with humbuckers in white, so she sits in the closet. Great way to snag a P-90 Custom, a carbon copy of a Gibson for a great price
$850 + shipping (probably $60)
Lets get this one out the door I have my eyes set on another purchase 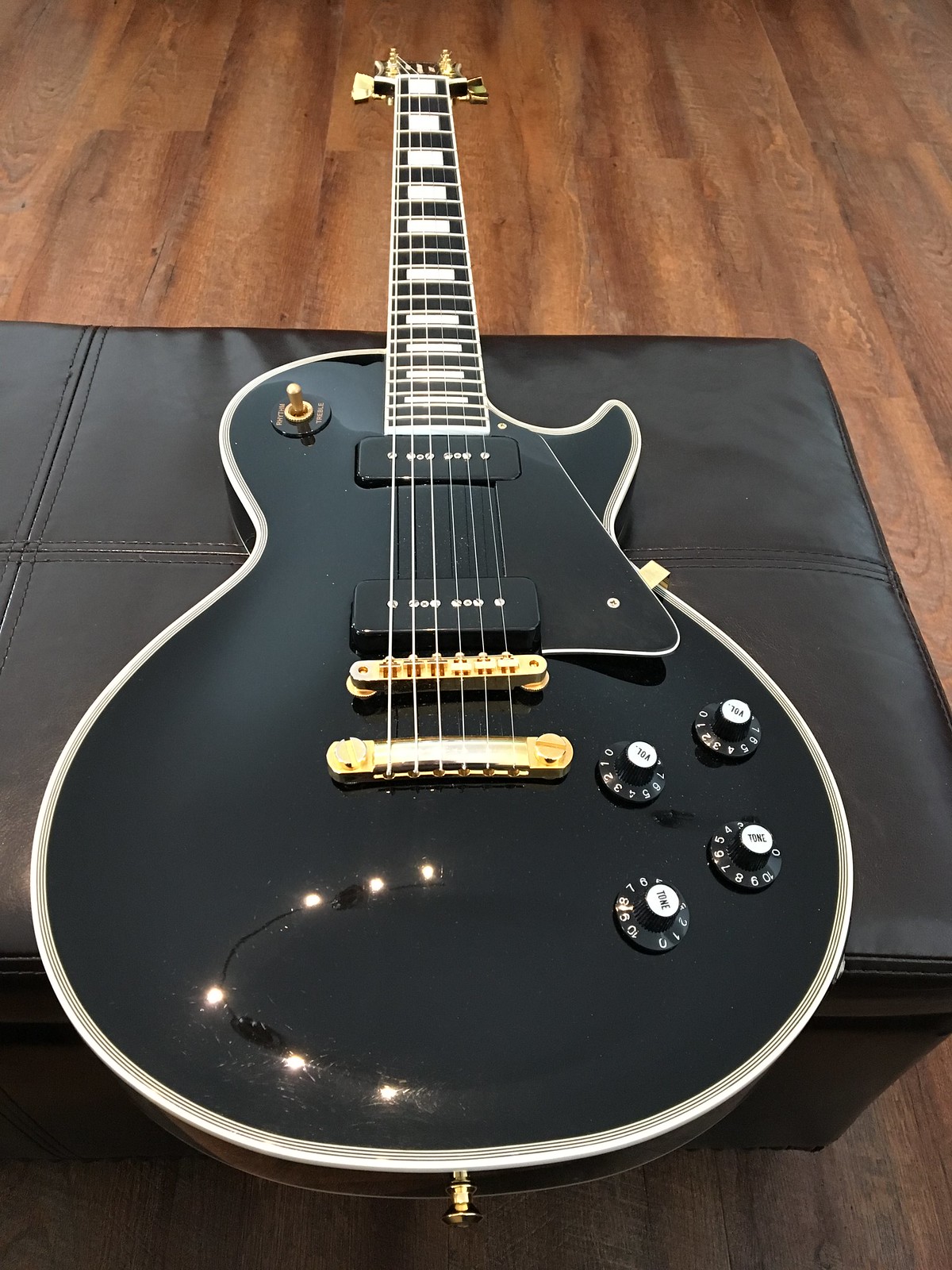 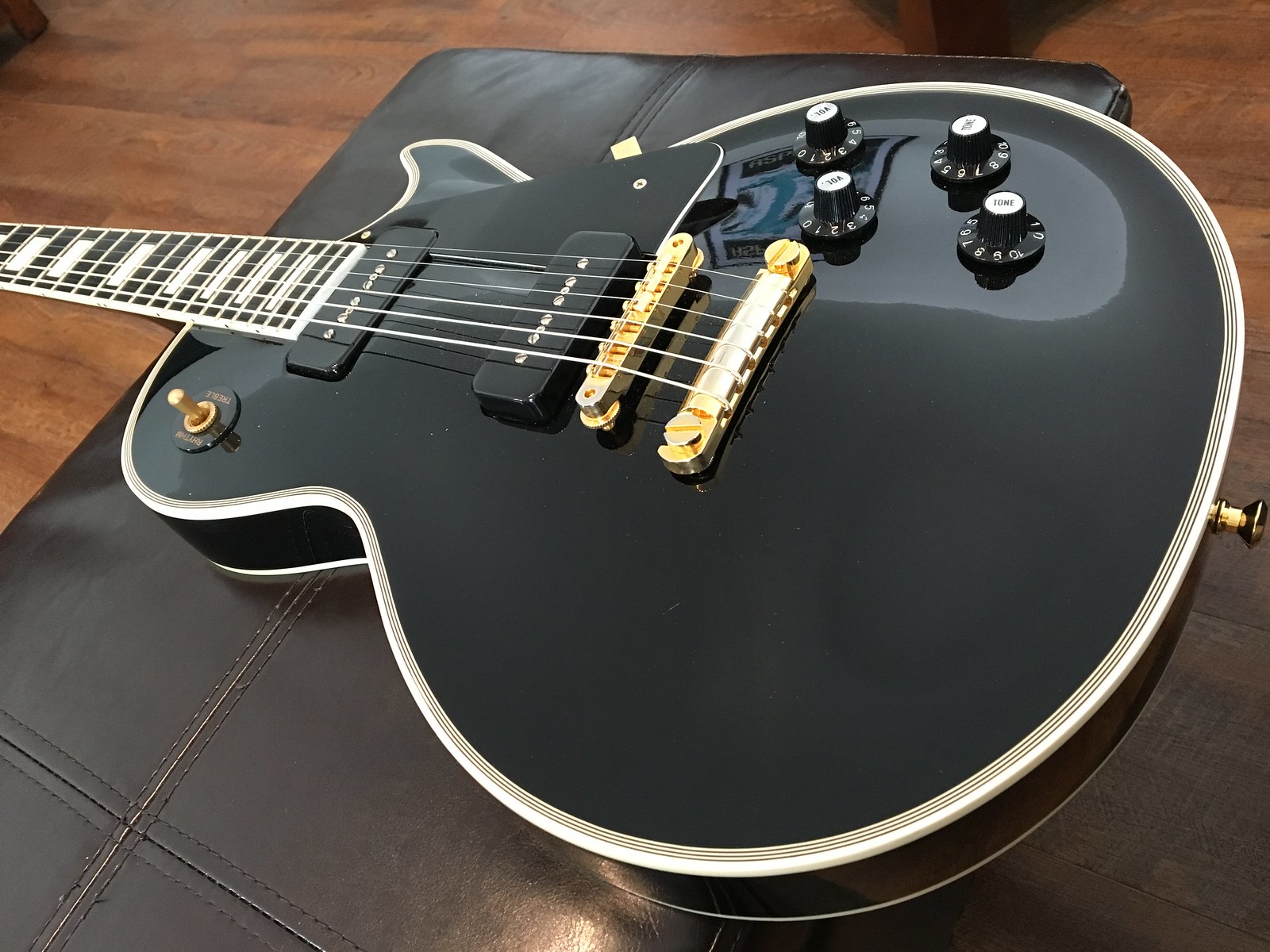 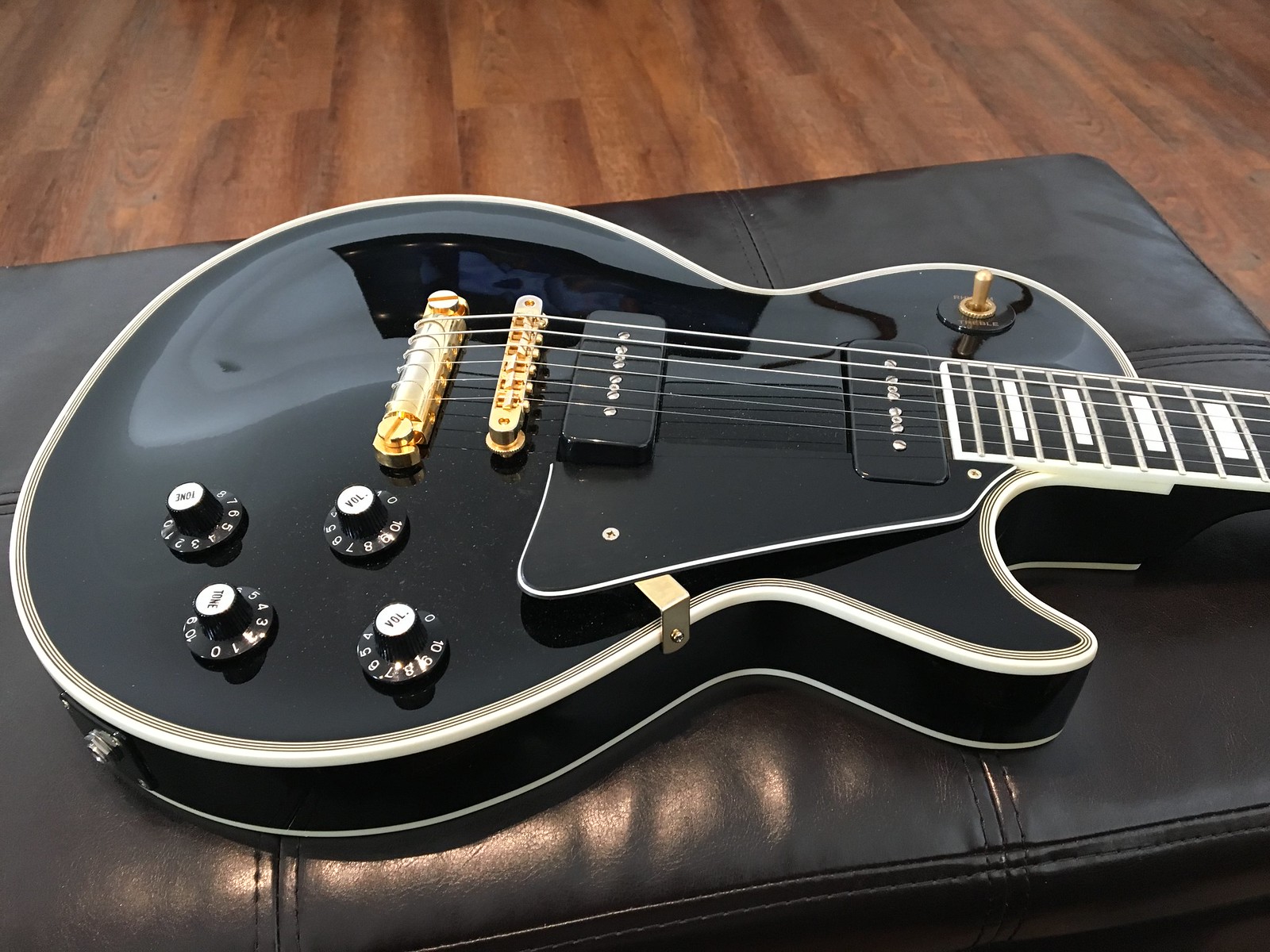 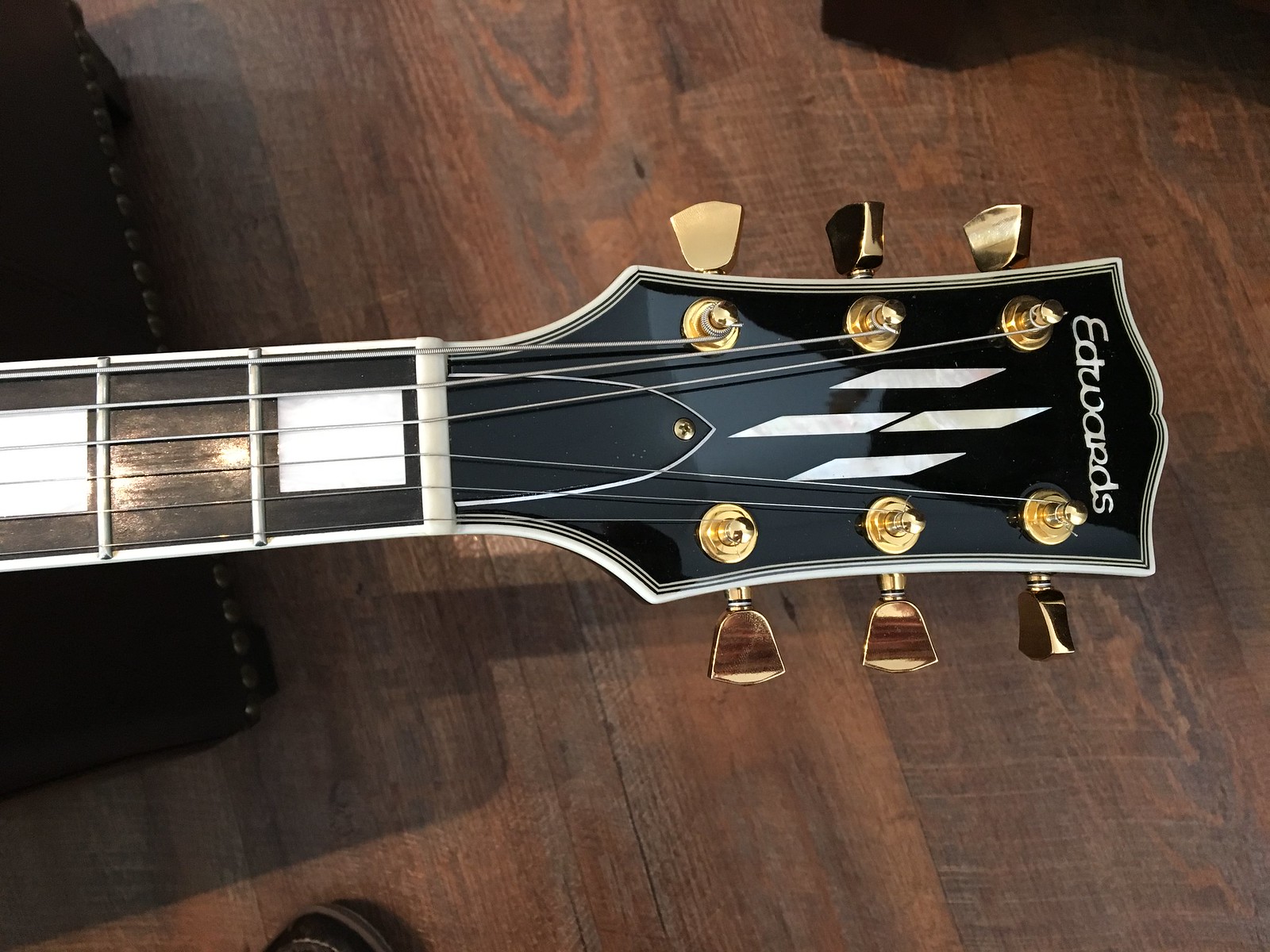 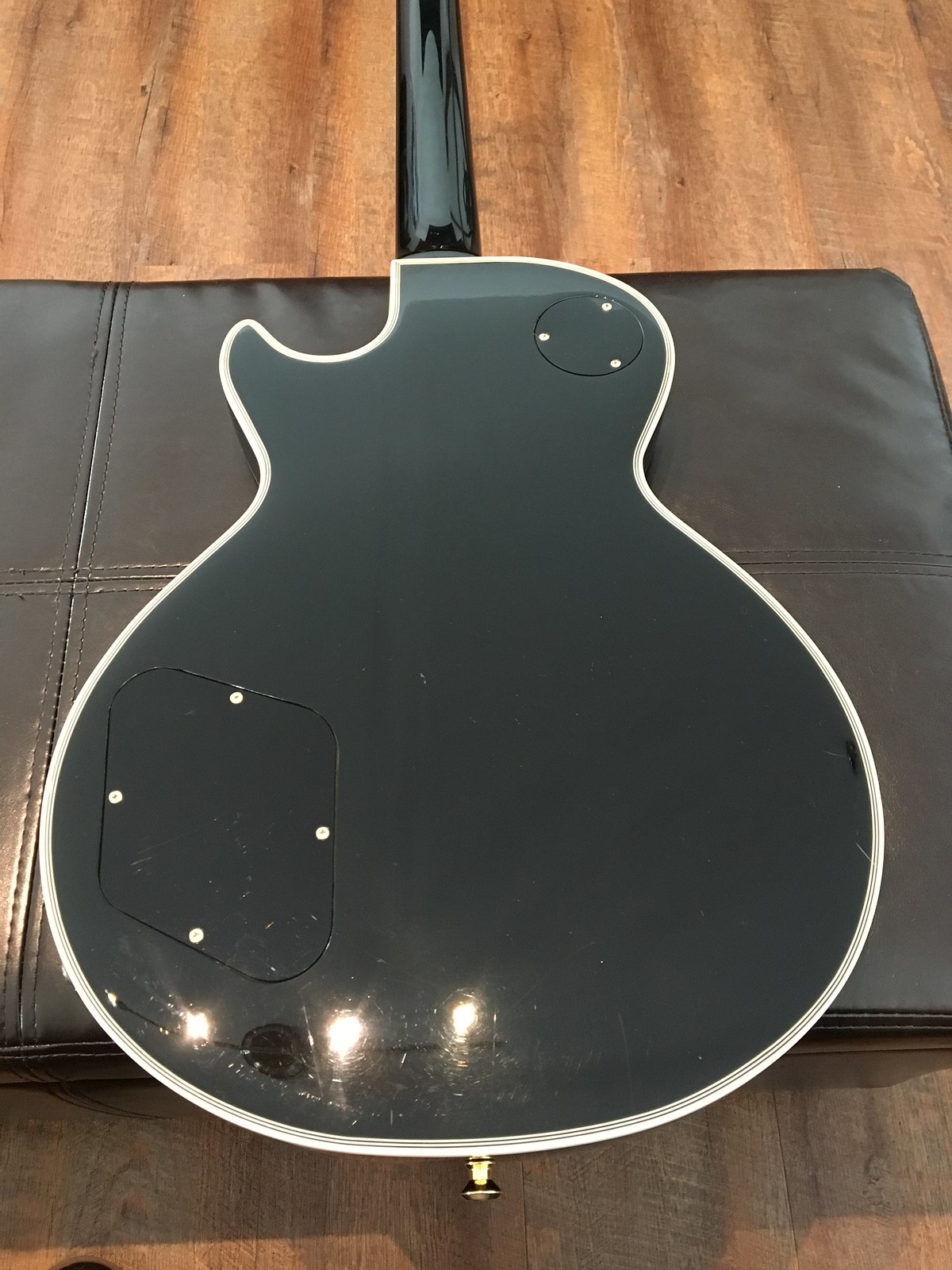 **NOTE** The back has some finish swirls and some minor scratches on it, nothing through the finish, most buff out after a coat or 2 of polish 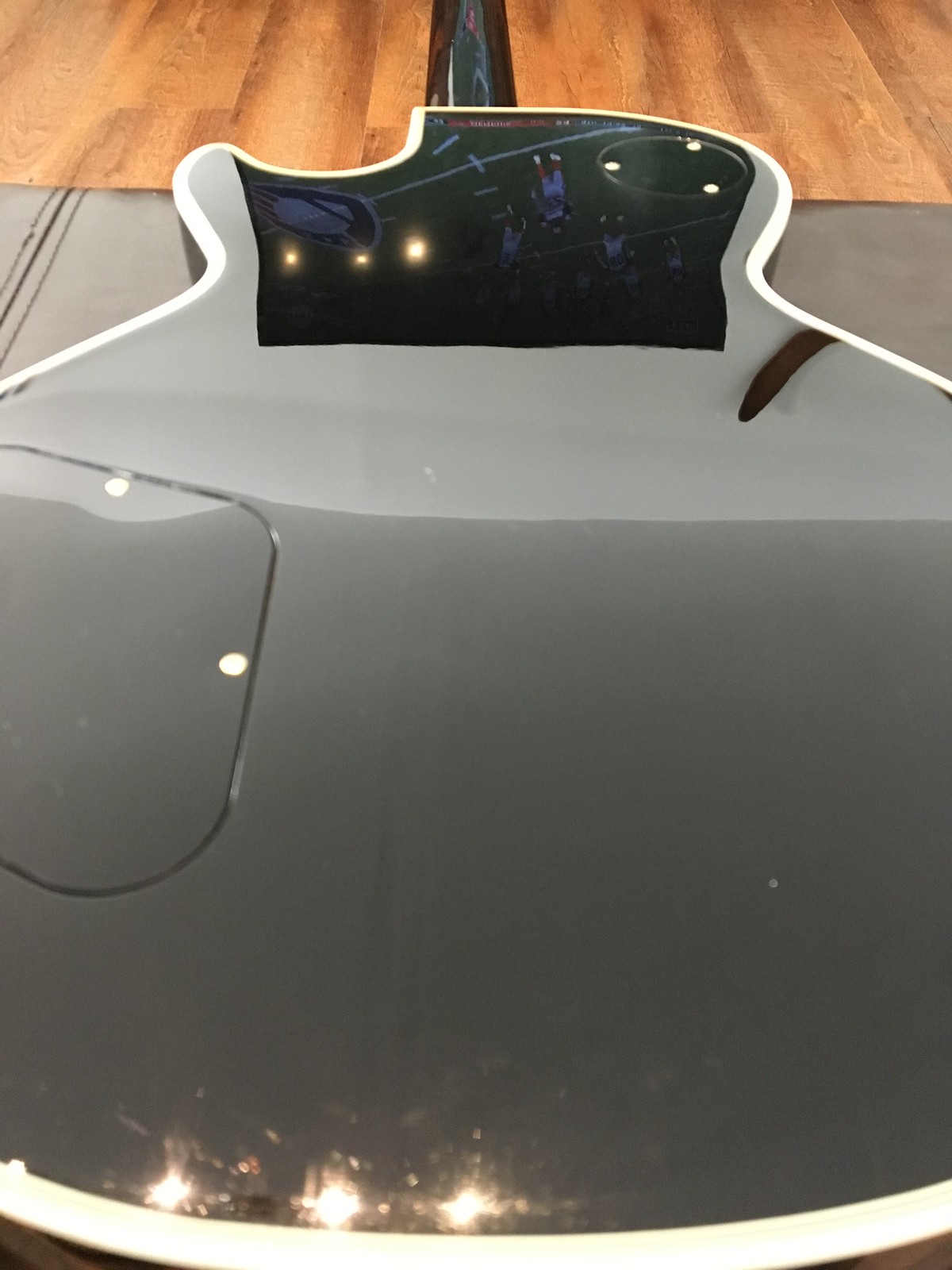 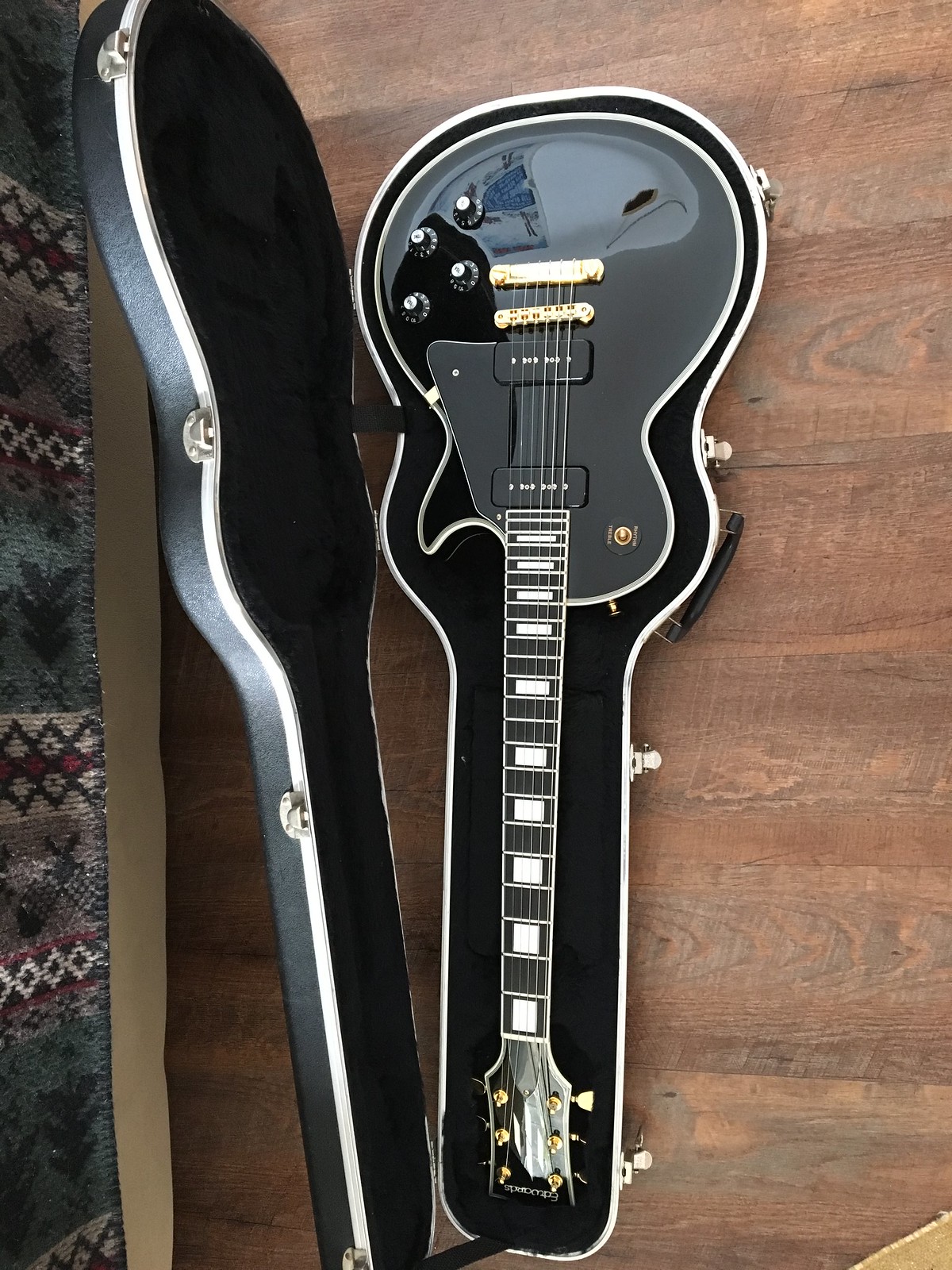 Vintage Thomas Blug Strat
So...this is a oddball. Pictures to come, I will link the website below for specs and such. I bought this thing because of the neck. It has an AWESOME neck. If you like a beefier strat neck this is for you. Definitely close to a D profile. However, these things had a weird ass wiring system with a dummy pickup to eliminate buzz in the 2-4 position. Idk what happened but its been messed up since day 1. I got frustrated with it and took out the old pickups and put a EMG Gilmour set in. Im keeping the EMG, I will put the stock pickups back in the pickguard but its up to you to figure out the wiring. Middle pickup never worked, it was just the bridge pickup in every position except the neck....where it was the neck. Pickups sounded good though, lot of potential for a very nice copy of a 1961 Strat. I just dont need it anymore
Lets say....$300+shipping. Ships in a gig bag

Review the details of any vintage electric guitar that you are interested in.
vintageguitarsus.com

I have the white one not the Summer of Love one

Pedals!
For now, just a Catalinbread Sabbra Cadabra. To you for $120

I am sure I have a few more things kicking around I want to get rid of but this is a start
Last edited: Dec 14, 2019

Really tempted by a couple of these, but my wife would kill me.

Just a suggestion.
List the giveaway stuff in the Pay it forward thread.
Other than that, great thread and best of luck.
i WANT that P90 paul but have to sell something first.

great price on that Fender Deluxe Players Strat......for some reason im getting back into strats and dont know why but they are fun....

thanks for the strat body and neck......

bump for the great price for that strat.....

Great price for that red strat, someone should grab it

Red Strat is a looker and great price.

That alone is a BUMP.

im bumpin because i want the strat but my wallet says no.....i think i got strat fever..i feel it comin on

been checkin prices on strats and the one above is underpriced....
C

To the top
Lot of interest in the red strat, no takers yet

SG has sold elsewhere, Strat neck is gone, lot of interest in the Edwards as well but its still around. Someone better grab this thing before I come to my senses and decide to keep it

How is the Red Strat still here? I am in Canada, so after exchange and shipping cost the deal is lost, otherwise I would buy it.

TheWilly17 said:
How is the Red Strat still here? I am in Canada, so after exchange and shipping cost the deal is lost, otherwise I would buy it.
Click to expand...

IDK, Its a fantastic guitar but I cant get into maple boards. Someone...many someones out there will rock on this thing! Half debated selling the neck off and buying a ebony but might be heading to NYC new years eve for a show so need a sale ASAP