Dilemma With a Serial Number

Hi, I bought a players 60's SG Standard. It was advertised as a possible '63 however I was pretty sure from the photos it was later. I got the guitar and it definitely has a 1 9/16" nut width which narrows it down to 65-66. Now this thing is a definitely a player, it has multiple repairs, cracks, a refin, and nothing for original parts. Definitely not a collectors guitar and I can tell from having it for only a few days, I have no intentions of selling it. However I've said those famous last words many times and there may come a time when I'll move it on. My dilemma is it currently has a stamped 5 digit serial on the guitar which I know couldn't have been the original number. Did someone drop a digit off to make it appear older? Who knows, I don't know what to do about it. Should I remove the serial and have it without one? It looks like the back of the headstock has been sanded a little thinner which explains why there isn't a stamped one. I knew what I was getting into when I bought it (got a great deal whether it was a 63 or 66, which is why I didn't say anything to the seller). I just don't someone else down the line to get possibly scammed. Would it be worth taking the number off? Thanks for reading

Pics of said serial number, along with the rest of the guitar, would be a great help
Z

rockstar232007 said:
Pics of said serial number, along with the rest of the guitar, would be a great help
Click to expand...

Photos don't show up for me. If it's visibly been sanded on with a heavy hand, it's quite possible it lost a digit if one end of the S/N was stamped lighter than the other -- it'd be the first to go if you sanded it down. I doubt it was an intentional modification.

Ya, looks like the pics are linked directly from your Google storage... Not showing up.

I can't see the pictures, but the heel style will tell you more about it than any other characteristics
Z 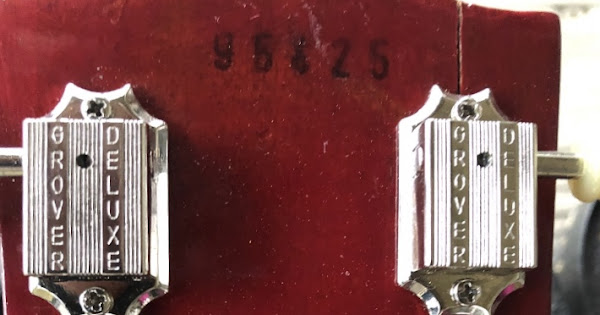 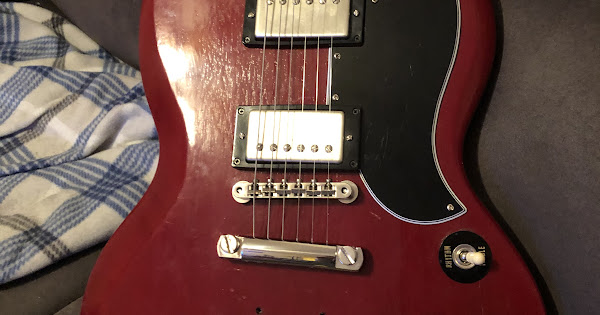 Nut would be 1965 or later including through the sixties. The bevels seem like later 60s to me. Neck heel pictures would really help. Also better pictures of the front. I’m not sure it didn’t have a larger pickguard on it originally.
Z

Hi, the neck heel is odd as well, It definitely has been sanded down. I have a 69 SG that I can tell has what would have been the same large heel. I can tell you it has never been a large guard SG. there is no evidence of a patch. I tore the guitar completely down when I got it and couldn't find any patching.

Like I said, at this point I have no intentions of moving it. The guitar plays great, had a refret and sounds incredible. Considering what I have in it, I would never be able to replace it for as cheap as I got it. I just don't like the stamped serial on it because it's apparent someone made it to look like a '63-'64 and I don't want anyone getting fooled in the future. 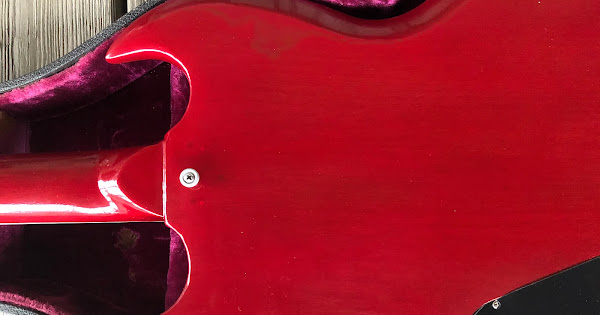 The serial number on your guitar which, if I read it correctly as 96425, would be a late 1962. However it would have been pressed into the wood. As it's ink stamped it's a bit meaningless. Gibson weren't ink stamping serial numbers on SGs in 1962.

It looks as if there was a Lyre Vibrola fitted to it at some point which means second half of 1963 at the earliest. As far as I can ascertain, the batwing pickguard was introduced in 1966 and was the the only style available on SGs until 1971.

The narrower nut was introduced some time in 1965 and continued, although not all models, until the mid to late 70s.

The neck joint on your SG looks like the box joint that the 1960 SG Standards had (although the heel was a different shape to yours) and which was retained on the SG Juniors until the redesigned the neck joint appeared in late '65 or early '66. As a general rule, from 1961 the neck joint on the Standards and Specials changed to include a small extension (about 1/2") protruding from the body apparantly in an attempt to strengthen the inherently weak neck joint on the 2 pickup models however there are exceptions that retained the original box joint arrangement. I think that when Gibson redesigned the neck joint in the late '60s there was no longer a neck tennon running into the neck pickup cavity.

Another thing that changed in the late '60s was the shape of the control cavity with 5 screws attaching the cover.
M

Try blacklighting the rear of the headstock to see if it reveals evidence of an impressed S/N. The stamped number may have gone on after the refin. Can we see the entire picture of the control cavity cover?
You must log in or register to reply here.
Share:
Facebook Twitter Reddit Pinterest Tumblr WhatsApp Email Link