Dangerous tools -- or -- how lucky I was today

Today I had a scary experiencie in the shop.

I had just finished my lunch and decide to make some stuff. Since I am still awaiting for my Microplane rasp that never arrives I couldn't start shaping the neck profile of the Jazz Paul.

Some time ago I had bought a nice board of spanish cedar that I chunked out to make a few bodies for future projects. The chunks had been roughly cut already as an SG and a Les Paul DC with the jigsaw so I needed to smoothly shape them. It was a good oportunity to try my new Yonico top bearing router bit. Cool.

Went to the shop, screwed the MDF template over the SG top and clamped the whole stuff to the workbench. Attached the router bit in the trimmer (I confess that the bit looked like a bit huge on it) but started milling the SG body. Milled a side, then inverted the body in the workbench, milled the other side, then changed the position again and started milling the front side.

Suddenly the machine kicked back violently and started to wobble like a crazy rodeo bull at 22,000 RPM in my hands. Luckly I didn't panic and instead to release the machine I grabbed it strongly while I tried to figure out WTF was going on (it longed around 5-10 seconds).

Then while it was wobbling and shaking I thought what were my options. The first (idiot) idea was to make a big jump to the other side of the shop, release the machine on the ground and run to the circuit breakers to turn the whole crap off. Then I looked at the power cord and thought on unplug it from the wall but for this I would have to release one of my hands and I feared that I couldn't keep grabbing the wobbling stuff with just one hand. Finally I noticed that my thumb was only a half centimeter from the machine switch so I just turned it off.

Finally I could see what the hell had happened. After to unplug the machine from wall I turned it upside down to found this:

Weirdly the kickback didn't break the bit shaft instead it bended it real hard, and that made the machine wobble like crazy -- it was completely unbalanced and still turning at 22,000 RPM. I didn't know that a steel shaft bit could bend like this before to break. Also I thought that Yonico bits were decent.

Anyway, after a few minutes I started to feel some kind of ache in the palm of my hands (I didn't had notice that I got injuried so far). When I look, I found two spots at my right hand (almost in the center of the palm and in the minimal finger) and one spot at my left hand (at middle finger) where the skin was burnt out and exfoliated off. I believe that when the machine kicked back it may have twisted real fast so the rubber body scalped the skin.

At the end I had a lot of lucky because those injuries are really small considering the fact itself. From now on, I won't try to use a router anymore for shaping thick bodies and only will do that using my disc sander and sanding drums on my drill press.

Thanks for the memories.

I love routers to bits, pun intended. Easily one of my favorite power tools. But they are no joke, and I'm glad you got away from that one with such minor injuries.

I always opt for for the smallest router/bit combo that will do the trick, and multiple passes is my rule, having experienced some really scary router tricks in the past.

I get away with using a laminate trimmer for most everything, but you really didn't have that option for that job.

Wow. That could have ended badly...!

That is scary. I would send the bit back the the manufacturer for analysis as it should not have bent like that. Looks like that bit is rated at 22,000-24000 RPM, how fast is your trim router?

I once had a router bit go flying out across the shop scared the crap out of me. I have a lot of respect for things spinning at 20-30K RPM.

You are a very lucky man.

1 - A laminate trimmer is not a router.

2 - Routers with 1/2" collets were developed for good reason.

3 - Never assume that the shaft of a bit can handle the load of cutting along the full blade. Multiple shallow passes are generally safer than heavy deep cut passes.

4 - Always seat the shaft as deep and secure in the collet as possible. (edit: as deep as possible without bottoming the shank out.)

5 - Train yourself to respond to emergency protocols by instinct, as a firefighter or police officer regularly drills for the emergencies they hope to never encounter.

I am so very glad to hear you came away from this relatively unscathed. And thank you very much for sharing this! First thing on the shop agenda tomorrow is going to be to schedule a meeting with our whole staff to start reviewing safety protocols and emergency response procedures. It's good to have a reminder like this to kick us in the rear, and remind us not to take safety for granted even for a moment.

Scary. I'm glad you kept your head and weren't hurt as bad as you could have been.

I just bought my very first router (my first power tool). I hope I keep all of my fingers.

David Collins said:
You are a very lucky man.

1 - A laminate trimmer is not a router.

2 - Routers with 1/2" collets were developed for good reason.
Click to expand...

Surprising isn't it how many people take risks with those things. I Palm Face everytime someone suggests using one for a larger task. Then the same person will talk about not taking risks with tools and, safety.

All is well that ends well. But with Lula, ex president of Brazil... 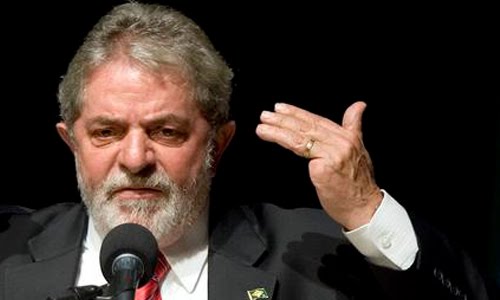 It's a second case of a bent shaft in my memory on this forum. And even though the other case was closer to a lance tnan a bit (thin and long one), both had 8 mm shafts.

And Maumarques, Lula lost his pinky in an industrial mishap, Yeltsin been playing with a hand grenade

Glad you're mostly all right. Trust me, I know from personal experience just how quickly router accidents happen. I can't imagine how our were ale to hang on to that.

Wow! Glad you are okay. Routers still scare the crap out of me! I guess the day I lose that fear and respect is the day I injure myself badly. I feel safer using a plunge router with the triggers on the hand grips, that way it's right there if things get nasty.

David Collins said:
You are a very lucky man.
Take home lessons -
4 - Always seat the shaft as deep and secure in the collet as possible.
Click to expand...

I had always been taught not to bottom out the bit in the collet and tighten; that the best practice to pull it out a touch before tightening for the best grip on the shaft.
Agreed 1000% on the other items, especially the 1/2" shaft bits...
Rob

I think I've had some of those cheaper bits too. I kept getting kickback with mine - in fact the worst one looked identical to that bit. I've since decided to buy some better/higher quality bits, I got sick of tearout and having to fill/re-rout/spray opaque colours to cover the issues I was having.

Whiteside and Amana ARE worth the money

I've done mostly spindle sanding for body outlines. If I go back to routing, I'm definitely getting a solid carbide spiral flush trim bit. With a 1/2" shaft, too. Much less chance of kickback with a spiral.

Also, the main reason you had kickback is that your trim router was not up to the task of running that large of a bit. A 3 horse router would've powered through. You'd probably have tear out but that's safer.

bradland said:
Whiteside and Amana ARE worth the money
Click to expand...

Also, whether steel breaks or bends is a matter of hardness. They may have made it that way on purpose for safety. I'm sure bending is better than snapping off.....maybe

Also, with a smaller router swinging a larger bit I think you get more "gyroscope" effect. You may have started getting a little fatigue and not knowing tipped it in a little, then it bit and bent. May not have happened with a larger router with more mass for that bit. Or, it actually was a defective bit.

Either way, Glad your ok!!!

Not surprised with that setup.

It could have been uglier that Sean Connery in a Speedo!

LPBR: glad you're okay. Anything can happen, right?
You must log in or register to reply here.

Better router bits. Everyone needs them.

How are you cutting the carve...