Post your factory aged Fender.
Pics & why go for a relic, couldn't be for looks, so why?

Passive aggressive from the get go, huh?

Simple question really, a lot of folks opt for custom shop instruments, reliced or not, why?
Pretty strait forward question,
& post a pic of your custom shop Fender

My Mother-In-Law is Passive Aggressive...and my wife is slowly turning into her!

LenPaul said:
Post your factory aged Fender.
Pics & why go for a relic, couldn't be for looks, so why?
Click to expand...

Are you saying that people don't like the look of a well aged or even a beat up guitar because you don't??

I always liked the look of a worn up maple fretboard with all the chipped finish since the first time i seen one.... it showed a lot of love to me. They were cheap enough to by another,... but someone decided to play it out.... I think that is really cool.

I will humor you.

I have two. The first, is a Burgundy Mist 60s Relic that was a gift from the Mrs. It was in a vintage shop I used to frequent and she remembers how giddy I was about it when I came home one day yakking about this "purple" Strat I just played. She called the next day and bought it for me.

What I liked about it was the rare color, the feel of the neck and the fact that it was a very light checking. At the time, most Fender relics were pretty beat up and I didn't care for that look. After doing some research, I discovered that this guitar was one of the first light relics done by Vince Cunetto for the Fender CS. Vince told me it was a special order for a Fender artist but couldn't remember exactly who. 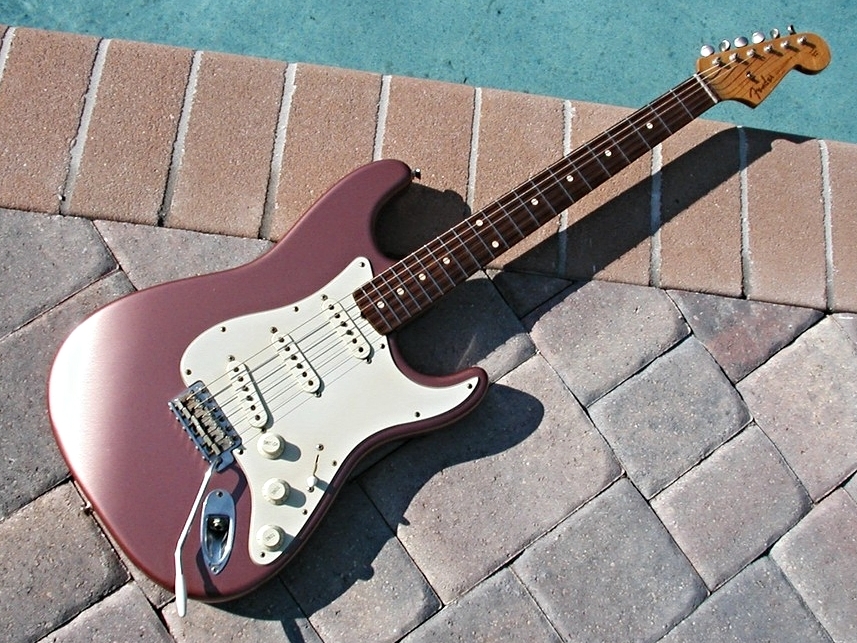 My second relic is this 50s: 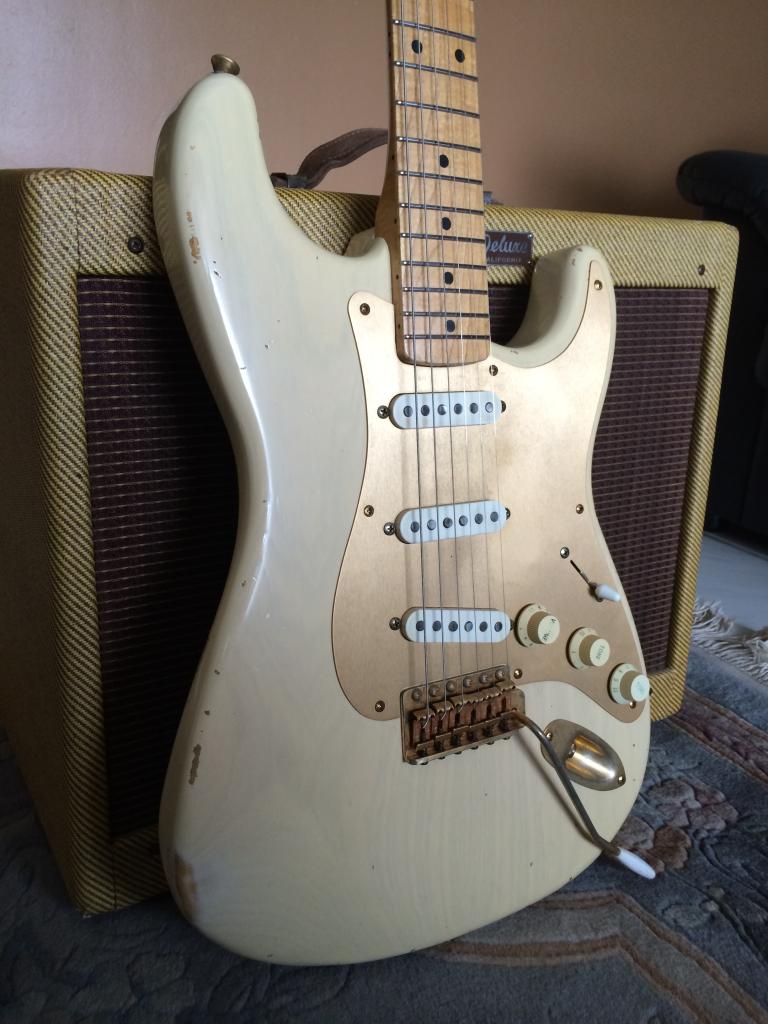 I bought this new primarily because I loved the big V neck and flatter 9.5" radius. It also sounded spectacular. This is also a Cunetto. According to Vince, it was one of the very last ones he did for Fender before Fender brought the relic process in-house.

As for my feelings on relics, I like the broken in feel of them. I don't have to worry about sweating all over them or banging them around at gigs. I can focus on playing without worrying about every little bump or scrape. And as for Fender CS quality, the CS guitars that I own and have owned, all feel much more like original Strats than the standard line fare.

Everybody has their own preferences and preferred specs. For me, my CS guitars give me what I need.

Nice!! I need more humoring .
thanks for posting.
they are both awesome.

It's only because of the looks....

It's a Custom Shop 1960 NOS, in seafoam green. It's not a relic. I bought it new in 2009. It's had much of the hardware changed. The pickup covers, knobs etc. are/were from Vintage Clone. The tuners are Kluson Deluxes. The saddles are vintage correct, as is the trem arm. It is a step up from the "American" stuff. I'll never get rid of it.

One thing that makes the Custom Shop guitars stand ahead of the others is the warranty service. Over the last year or so I noticed that the pickguard started to seriously warp. I always suspected that it was made of celluloid like the originals. About six months ago I contacted Fender Customer Service and explaind the problem and sent them photos and copies of my paperwork. My warranty says that everything, including hardware is covered for life. I told them that I lived too far away from a warranty facility to take the guitar in. They paid to overnight it by Fed Ex to a shop that installed a new Custom Shop pickguard and do a "professional" setup. Fender wouldn't allow me to install the pickguard. It was then sent back to me overnight. I could have just put on a new Fender mint-green pickguard, but the color is wrong and the guard is too thin to be accurate. And all of that didn't cost me a dime.