Those are the dumbest looking space suits ever. And I'm including every single C grade sci fi movie since the beginning of movies.

whats with the boots..

they should be rocking this Yes! Because going to space, form is WAY more important than comfort or function.

I see Ralph Lauren was not consulted for design.

just what is the function of the knee high wellies? cjpeck said:
just what is the function of the knee high wellies?
Click to expand...

Makes it harder for the internal suit atmosphere to leak out through their socks ? 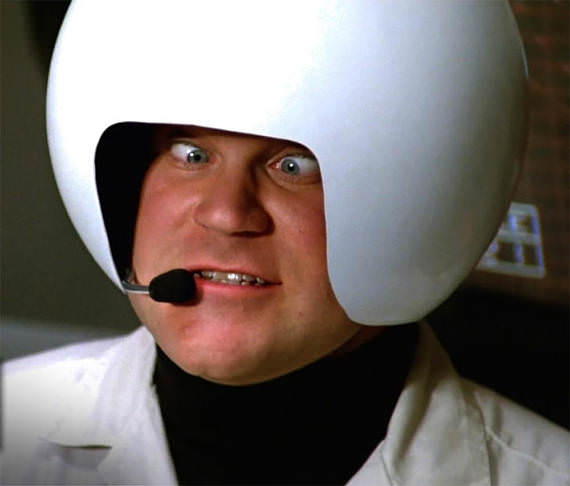 cjpeck said:
just what is the function of the knee high wellies?
Click to expand...

They never know when they'll run into sheep in space....

i thought manned flight wouldnt be for a couple more years...good luck crew.

This will be the 3rd crewed flight for SpaceX. Bob Behnken and Doug Hurley were the first crewed test flight and spent a short time on the ISS last May to August.
Crew-1 was the 2nd manned flight, carrying 4, and they are on the ISS right now, scheduled to return on the 28th.
Last week, they all went into the Dragon and moved it to a different docking port... not sure if it was to make room for Crew-2 this week, or for the Soyuz that went up a few days ago.

ISS is getting pretty crowded... there will be 11 people on board until Crew-1 undocks and comes home on the 28th.
After Crew-1 docked, there were 10 on board and they were talking about one of them had to sleep in the Dragon because of the lack of crew sleeping quarters.

Boeing has been having some troubles, and Bezos talks big but hasn't put anything into an actual orbit.
Boeing has flown one Starliner, and apparently a clock was out of sync so it blew through its fuel and was unable to dock with the ISS.
Successful failure?

CB91710 said:
Boeing has flown one Starliner, and apparently a clock was out of sync so it blew through its fuel and was unable to dock with the ISS.
Successful failure?
Click to expand...

well they succeeded at failing. i watched an interesting video regarding boeing and starliner recently. turns out they had multiple software issues during ascent, but more surfaced when they tried to bring it back down safely, they almost lost it completely on landing. i need to try to find that again, it was pretty telling of the ongoing management issues at Boeing and how Starliner issues took a back seat while they battled the 737Max fiasco.

with regards to the next orbital test flight...


Steve Stich, NASA’s commercial crew program manager, said Monday that the launch of Boeing’s Starliner capsule on its second Orbital Flight Test will be postponed from its previous target launch date of no earlier than April 2.

“We are going to have to move off that April 2 date, and we’re continuing to evaluate options,” Stich said. “The vehicle was really coming together. We had a little bit of a power-up anomaly with some avionics components. The Boeing and NAsA team worked really well to get those components reinstalled and checked out, and that was completed over the weekend. But we did lose some time with the weather in Houston.”

Stich said the winter storm in Texas, which knocked out power and water for millions of Texans, impacted a Boeing facility in Houston used for software testing.

“We lost about a week in time, and it affected their facility that does software testing,” Stich said. “So we’re in the process of working hand-in-hand with Boeing to figure out when the OFT-2 flight will be.”

All eyes will be on the second flight, that's for sure. I'll be there for the launch next week!

I'll be staying at the north end of Cocoa Beach, and be there a week looking for a house.

I've seen launches before, but from a 40 mile + distance.

This will be my first from the Space Center!


Have a good and safe flight folks!

Mike I said:
I'll be staying at the north end of Cocoa Beach,
Click to expand...

Say hello to Jeannie, Tony, Roger and Dr. Bellows for me.