HibuniaMaiden said:
my cat in the kitty cat
Click to expand...

Is it a bird? or a plane? No, it's just Max being a geek and leaping from the table to the counter...then back again. It's all in a days work for big Max. 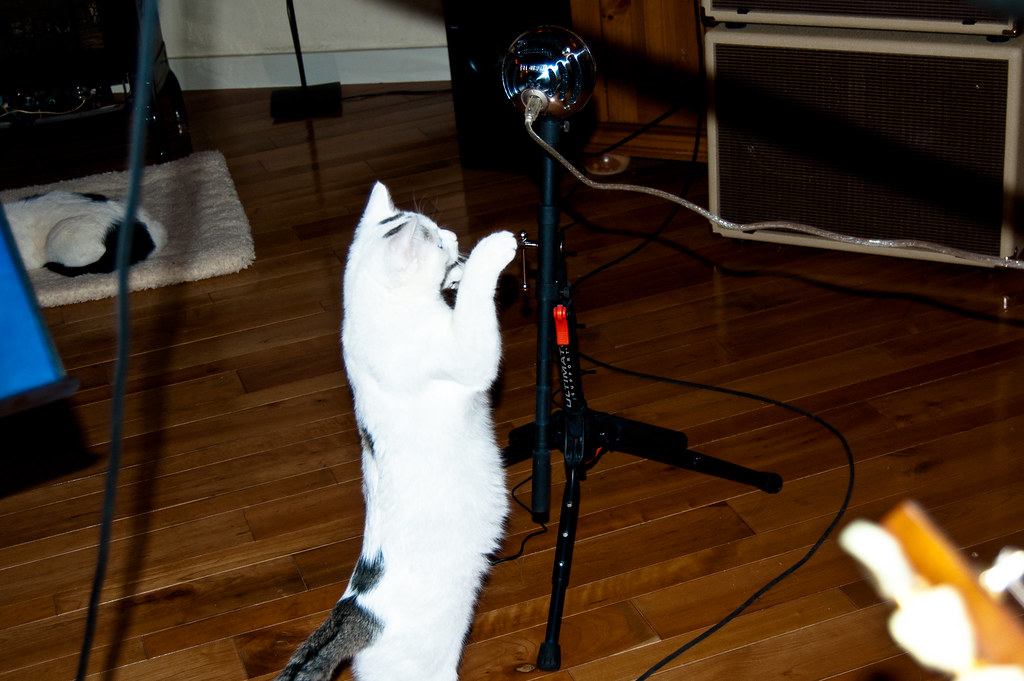 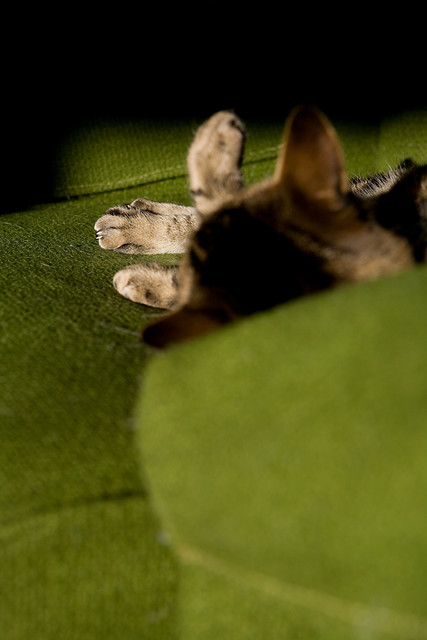 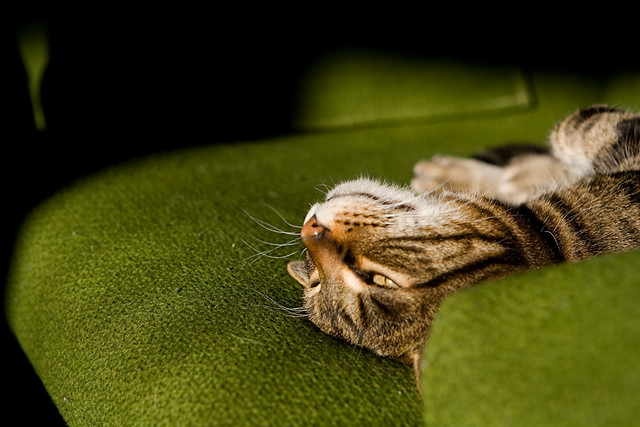 I thought my ginger was scratching a bit much behind his ear so I am going to take him to the vet this afternoon. That will be a hoot and a holler as I've never taken him yet, and I know he doesn't like to be picked up. So it'll be a bitch getting him in his mobile jailcell.

While we're there I am going to let the vet trim his nails as well as I am too chicken to do that.
N

Well, as expected. Good thing is that it took me just 15 minutes to get him in his cell, bad news is that he did find a way to shred a few of my righthand fingers. I guess my guitar duties will suffer for a few weeks until the scratches are gone.

Lots of meowing and threats to call Amnesty Internationals about cruel and unusual kitty punishment until we were at the vet's. At that moment it became curiously still inside the carrier. He was an absolute delight there, and when we got back he immediately darted behind the shower curtain. Eventually he came out, and this morning I woke up with the purring engine next to me, so I am sort of forgiven already.

The reason why he scratches will probably never be known, but it resulted in a wound in his ear and a bald spot. Now I can squirt some sort of ointment thingy in his ear that should inhibit the need to scratch and help sanitize the spot. Doc said The Cone Of Shame wasn't needed unless he would scratch.

Unfortunately this morning I noticed he was still shaking his head (obviously the stuff annoys him), but after almost 24 hours? After a call the doctor decided that the Cone must go up, and if I couldn't get it on him I should get in touch monday to make an appointment so they could outfit him.

Well.... As soon as I grab the Cone he speeds off toward the bedroom and hides under the bed... *sigh* That will be new scratches monday. Though I will try tomorrow, and the day after that...

At least his nails are clipped so it will be less Freddy Krueger squared on monday!

Cats hate cones...only use it if you have to. If he was only shaking his head, then why use a cone?

To add......When Max had ear medication, he reacted the same way, shaking his head. It's because his ear was itchy, so I would use my finger or thumb to rub the inside of his ear, almost like scratching it for him, but rubbing only. It's kind of gross but he loved it and it stopped him from scratching with his claws. No cone required but short smooth nails and clean hands are a must.

He would fall asleep purrring as I was doing it..haha.
N

What did he get medication for? Ear infection? Or a wound? The vet wants him to wear the cone because I cannot keep him from scratching 24-7.

Nigel T. said:
What did he get medication for? Ear infection? Or a wound? The vet wants him to wear the cone because I cannot keep him from scratching 24-7.
Click to expand...


I think it was ear mites or something. I just feel sorry for coned animals...haha!! They never look happy with cones

Here's she is now.

This one is for Bling

If Cats Could Drive