Best use of music in movies

(Not necessarily full soundtracks, but by all means consider suggesing a soundtrack if it works across the whole film)

Which movies contain pieces of music, used exquisitely and to the point where they actually give new meaning and levels of depth to a particular song or piece of music. Try not to suggest straight up music scores, but music that is known and written outside the movie it appeared in.


- Devils Rejects:
This film uses Freebird in its closing scenes. For me, Freebird now means the end of this film. Its INCREDIBLE. If you havent seen the movie, watch it purely for its soundtrack.. Also contains some Terry Reid and James Gang.

- Goodfellas:
Almost the perfect soundtrack, but highlights include Layla (now synonymous with frozen corpses in freezer trailers) and Rags to Riches by Tony Bennett.

- Big Lebowski:
Love the use of 'Just dropped in' in the bowling dream sequence.

Dazed and Confused has a killer soundtrack!

Cant go wrong with the soundtrack from the blues brothers.

Overall, though it's not everyone's cup of tea, I just love the entire soundtrack of Clockwork Orange.
Wendy Carlos brought home the goods!

Then of course, the soundtrack for Conan, the first movie. Flawless masterpiece! (The soundtrack, though the movie is darn good too ) 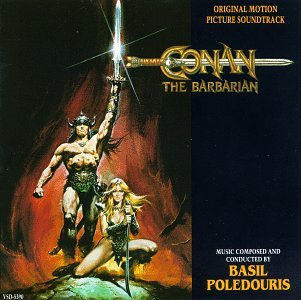 i agree conan soundtrack his awsome its like progressive music!

all horror movie songs like amityville and the exorcist

thread ment to be about music used in movies, rather than movie scores. music which was not written as a movie soundtrack.

then i kick my self out!

Not from an actual film, but put together brilliantly for a UK weekly music show back in the 70's called 'The old grey whistle test'

You'll enjoy it just the same..

i loved that show. cant think of a bad act that was on it.. from my long distant recollections.

the whistle test rocks.....the dvds are a must have for any music fan. from skynyrd to hall and oates to judy sill to edgar winter.

Hmmm... I'll have to think.
Anyone notice Drowning Pool's "Let the bodies hit the floor" is on several action movies?

One of my all time favourite sountracks has to be for "The Crow"... all the tracks just rocked!

soundtrack too donnie darko went pretty good with it.
great movie by the way.

Boleskinehouse said:
Dazed and Confused has a killer soundtrack!
Click to expand...

+1 dazed & confused, own it.
Heavy Metal had a good soundtrack- IMO
You must log in or register to reply here.