Best money I ever spent for guitar I ordered these a while back, but hadn't used them.

Just got in a new fiddle that no matter what I did, was out of tune.

The G was always sharp on the first fret

3 passes with the nut file and now its a keeper (i was debating sending it back)
Last edited by a moderator: Apr 23, 2017

You have a fiddle with frets?

Those better than Stew Mac? 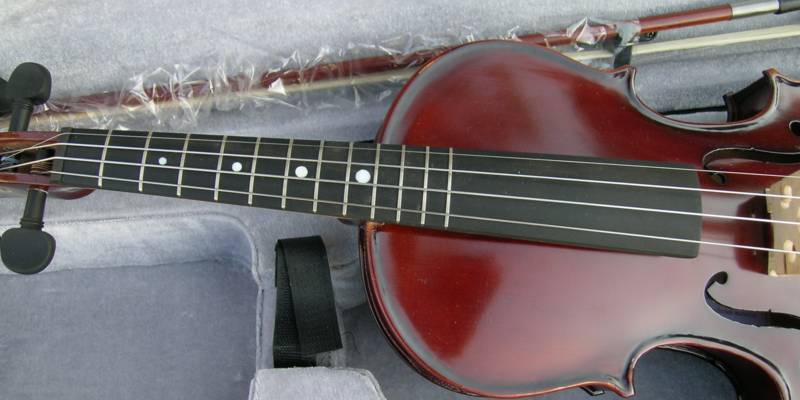 I would love to hear from anyone who's used both this brand and the ones from StewMack with an opinion of which ones are better!
Just Askin'
Gene

The Ballzz said:
I would love to hear from anyone who's used both this brand and the ones from StewMack with an opinion of which ones are better!
Just Askin'
Gene
Click to expand...

I'd shoot David Collins' an email - if anyone knows he's the most likely to. Personally I doubt theres much in it. Hosco make great tools.

I have the Mac V's but I bought them for starting slots and have the normal Joint-edge round bottom files for final rounding. Obviously the Mac V's aren't round. Nothing wrong with that either - you can roll the file to create a rounder slot.

A "FWIW" update! I just got the same exact set in the original post. After "adjusting" my nut, the "G" string was "swimming" in a slot as wide as the Grand Canyon and I just assumed that it was operator error and had accidentally used the wrong .046" side of the file. So I ordered up some new nut blanks and decided it was time to practice nut cutting.

Well, the same results and I am absolutely certain that I had used the .017" side of the file and did not rock or angle the file while cutting. Lo and behold, that side of the file cuts a slot that measures between .033" and .036"! Funny thing is that the other .046" side was just about perfect! This tells me that it wasn't simply a matter of someone at the factory putting an incorrectly labeled handle onto a file, but instead, the file itself was improperly machined!

I really want some top quality nut files, but after extensive research, I'm more confused now than before than before the research. David Collins did a nice write up, in a thread over at the Tele forum a few years back, with pics, etc, but after reading the whole lengthy thread, it has left me with no clear choice!

I have 5 of the StewMac gauged files, all I'll ever need.

Well, after a little more research, I find that a different Hosco set for Classical guitars includes a file that has .046" on one side and .035" on the other. This points to a possible/probable mistake at the factory and not improper machining! I'll likely ask for a refund and get the StewMacs.
Thanks,
Gene

I use the SM razor saws to start my slots. .010 for the plain strings and .020 for the wound ones. Right after I ordered my saws, they came out with the pull saws.

Fine tune the slots with the files.