Epiphone quality is usually right up there with the usefulness of this thread.
C

Any guitar, regardless of price, can be either a fantastic instrument or a waste of money. What matters is how it's set up and how you play it.

The Refugee said:
Really? Those were the only Epiphones ever that were as good as Gibsons?

Man you must have played a lot of guitars to be able to say that.
Click to expand...

The Elite/Elitist series were way above the standard MIK or MIC Epiphones. Better materials all around & better workmanship. Most people haven't had any experience with them though as they were often 'special order" and not stocked in stores due to the fact that they were more than 2x the cost of an Epi. I played tons of Epis when I wanted my 1st Les Paul, then took a chance on the 57 Gold Top, waiting 3 weeks for it to arrive, it was worth the wait.

The people saying Gibson quality has gone down are the ones looking at their new cheap offerings. Guess what? Costs have to be cut somewhere and that is usually in the finishing department on all the tribute and faded stuff. You can't judge Gibson's quality by their lowest model...

Gibson has certainly changed, but honestly, my only beefs with them are the ceramic pickups, 300k pots, and uncheckable nitro. I don't even mind the chambering, because I judge a guitar by how it sounds. Period. I don't care how or why honestly.

The new Epis I fooled around on were very consistent and played well. Kind of a shocker.

chuckymack said:
Any guitar, regardless of price, can be either a fantastic instrument or a waste of money. What matters is how it's set up and how you play it.
Click to expand...

I agree. I am very happy with my Epi. I tried a number of them and this one that I got was on a whole other level that was obvious with the first plucked note. It was just alive.

However, I needed to do some work to take it to the next level in playability. I adjusted the nut slot depth, leveled, crowned and polished the frets myself and fine tuned the setup. Now it plays really great. It sounds good, but I know an upgrade to the pickups and electronics will make it that much better.

Add that up and I could have hunted down a good Gibson Studio for a similar price, but it wouldn't look nearly as good as this!

I also have a particular Classic Vibe Strat that rivals my MIA Fenders. I also have a Sterling by Music Man John Petrucci and I've played the BFR Music Man's. The degree of difference is noticeable, but in the end they're not that far off.

I think it's nice to have the high-end, real deal MIA's and a good quality imports. They compliment each other well. I just need to save up for a $3000 Music Man Petrucci now!
C

Don't know about Epiphones. But yes, Gibson's quality, unfortunately, has been taking a very large, stinky shit since about '04. Don't know why. The number of posts with 'new guitar day, but is this right? Why is my paint peeling?' or similar posts is astounding. I also frequent Fender and PRS forums and never see these kinds of posts.

The Fender US product has been better this past 3-4 years by most accounts. Oddly, it seems you see more posts of MIA Strats with QC problems in Europe than in North America. That's been my observation hanging daily on Strat forums anyway.

We have to be weary of the net, though. It makes a 1 in a 100 defect look far more prevalent than it actually is.
Q

I sound better on a $43 Epiphone Les Paul Jr than most people who owns Gibsons sound on their Gibsons.

Gibson Quality for Price is great -WHEN- you find a good one. I have played 38 Les Paul guitars in the last year in all the guitar stores and I found 4 that I would have bought.

Also, almost every non-custom guitar needs a setup; however, I make it a point to not buy a guitar if it doesn't play well off the shelf. If it plays well off the shelf it will be heaven when it has a good setup.

Epiphone guitars come with cheaper pickups and electronics. The whole tone wood thing has been beat to death, in reality tone woods make for less than 1% of your tone. It's Players, Amps, Pedal, Pickups, Electronics, Nut/Bridge, Strings, Pick and then Wood.

I'm not kidding. The Wood in an electric guitar really doesn't make a huge difference.

However, I am a headstock snob, I have one Epiphone and no Gibsons, why? Because I have yet to find my "one".


Paying more than 2.5k for a Gibson is stupid. Just buy a Standard when you find the "one" and there, you have the Les Paul guitar down you don't ever have to think about Gibson and it's whore of a company anymore.

Quantum said:
I sound better on a $43 Epiphone Les Paul Jr than most people who owns Gibsons sound on their Gibsons.
Click to expand...

My grammar's better than yours.

My grammar's better than yours.

I had one too many Laphroaigs!

Which should also be considered with my bitchy post ><

I actually like the inexpensive Epis. I own two Jrs that didn't cost over $80 new.

On one I did my first finish dull job, pickup, pots, cap, and wiring replacement.

On the other I did my first fret level and crown, changed the pup, added a coil tap switch, and added a GFS Xtrem. Also "practiced" carving into the top. I love both of those guitars, but I have no "delusions of grandeur" about what they are. I will never sell them because I will never recoup the time and money I have into them. My daugher already has her eye on one anyway.

Like it or not, brand name does make a difference. Should it? In a perfect world no, but in the real world it does. Ask an 8 year old to pick out shoes and they will go for the Nike, Reebok, or Addidas before what can be considered an off-brand.

Gibson is also blurring the line with the Studio Faded and new LPJ series. For just a few dollars more you can get into a genuine, made in the USA Gibson versus a top-of-the-line Epi.

I really have no dog in this fight. I had an Agile AL3100, and I can't imagine a higher quality guitar. The details and build quality were that impressive. In the end perception will always matter.

I had one too many Laphroaigs!

Ok, I get the spirit now.

And agree with you. 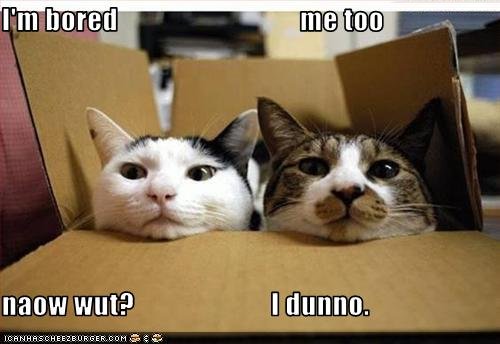 Quantum said:
I sound better on a $43 Epiphone Les Paul Jr than most people who owns Gibsons sound on their Gibsons.

I have played 38 Les Paul guitars in the last year in all the guitar stores and I found 4 that I would have bought.
Click to expand...

If you would of played just one more you would own a Gibson. Everyone knows 39 is the magic number.

If you would of played just one more you would own a Gibson. Everyone knows 39 is the magic number.

Is that like the 239 bean chili recipe? Just one more bean and it would be "too farty"?

At least the tops are made from real wood unlike Gibson's latest chipboard fretboards.