Any Lionel train enthusiasts on here?

My father-in-law is cleaning out his basement and some of the things he's looking to move are some Lionel trains.

He's in his 80s and said that these were "from when he was a kid". I remember checking them out a couple of years ago and while I don't think that they're quite that old, I think they're at least 1950s.

I'll get some photos next time I'm over there. He's not a "collector" so these aren't going to be museum pieces but I do remember some of them still having the boxes (a little beat up).

I'd be curious to know if there's anyone on here who might be able to offer a little insight.

My bro-in-law has a bunch too. He hasn't gone through everything to even see what's all there. I'm interested to see what it's all worth as well. I still have my dad’s pre-war Commodore Vanderbilt set. 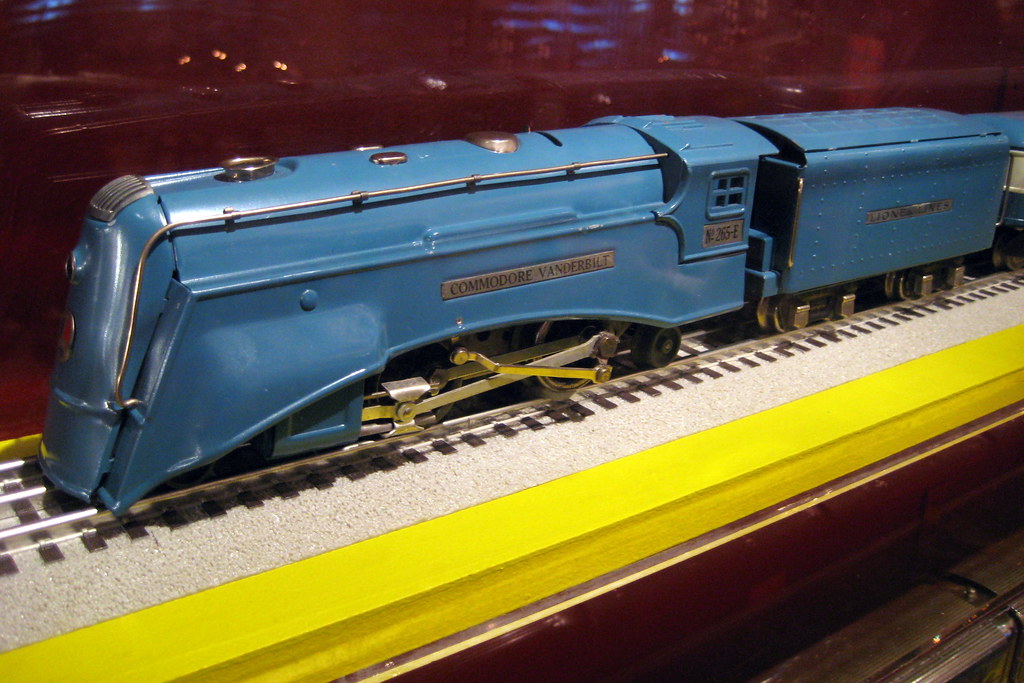 One of my friends was buying, refurbishing and selling them for a while. The trick for him was people wanted original as possible, but some were so far gone that he could get them cheap and make them like new or for some collectors aged (what we call reliced”) so they fit with a set. Lionel Trains: Value, History and What Collectors Should Know

One of the best-known names in model railroading, see the prices Lionel trains bring at auction -- from beloved pre-war marvels to the Richard Kughn years.
www.invaluable.com

Your best bet would be to ask the guys over at the Model Train Forum. Post your questions in the O Scale section. I'm sure that if you provide them with some pics and descriptions they could help you out. Plus, they have a Marketplace section so you might even be able to sell some of those trains right there.

Neil Young sold all his off, but he still owns 20% of Lionel, LLC.
I looked that up before suggesting Neil might want 'em

my dad still has his old Lionel train. Engine still runs, but the head light doesn't work. Has the giraffe, and cowboy cars too, but the giraffe linkage is broken, which was common. IIRC the set is probably 60yrs old. O scale. Think he has about 15 or so cars. Granted I"m not a collector (of this stuff) but my dad was offered $350 for his engine, and if he actually restored it to full working order (with the light and some touch up paint on parts) he could get $500+ for the engine. IIRc a giraffe car in working order can fetch like $1000.

efstop said:
Neil Young sold all his off, but he still owns 20% of Lionel, LLC.
I looked that up before suggesting Neil might want 'em
Click to expand...

That's where I was going, efstop.

I had Lionel sets in the mid 60's; real light and real "smoke".
My dad threw them away, darnit. They still worked too.

I had Lionel sets in the mid 60's; real light and real "smoke".
My dad threw them away, darnit. They still worked too.
Click to expand...

I had the same thing. No idea what happened to them.

I can still smell the smoke.

LP121 said:
I had the same thing. No idea what happened to them.

I can still smell the smoke.
Click to expand...