Not new to forums but a new LP owner and member here after stumbling across the forum doing some research. I just picked up the guitar again in january after a 25yr hiatus (I was far from accomplished before I gave up) and I'm kicking myself daily for not sticking with it back then. Anyhow, I picked up a 2003 American Stratocaster this past spring which got me underway. I now own three LP's and the Strat is gone. I have preferred the sound and look of the LPs since high school (late 80's) but had never held one until a month or so ago. I finally decided to give in and try one and went to a local store where I tried two different guitars and was very disappointed in both. I then went to another store and picked up a 2020 Trad Pro V and had to have it. 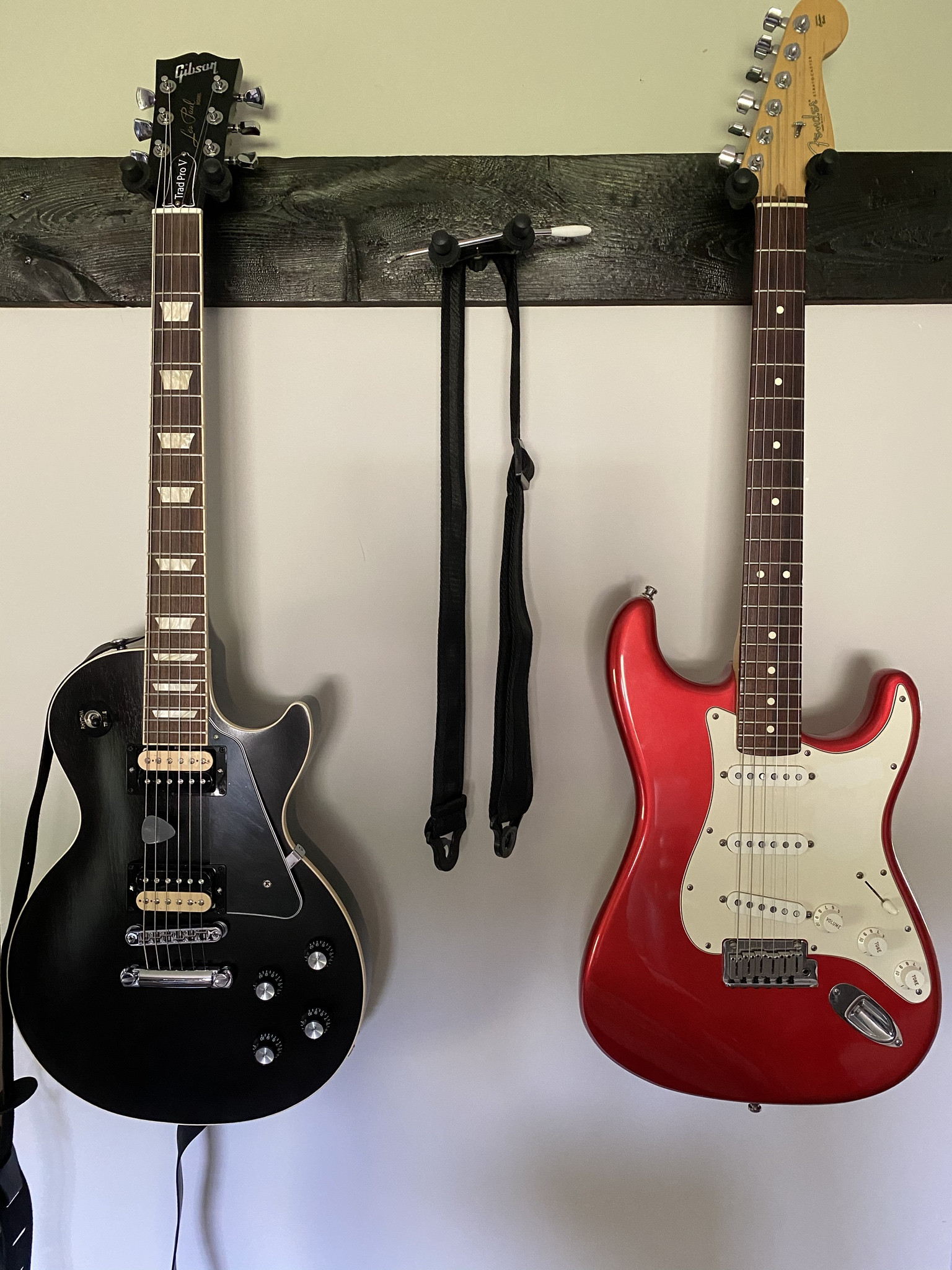 A few weeks ago I was watching one of Trogly's YouTube shows and saw a 2005 Standard Faded Corsa Conversion and fell in love again. I tried to hold off but when the price dropped I couldn't help myself. This thing is a dream. 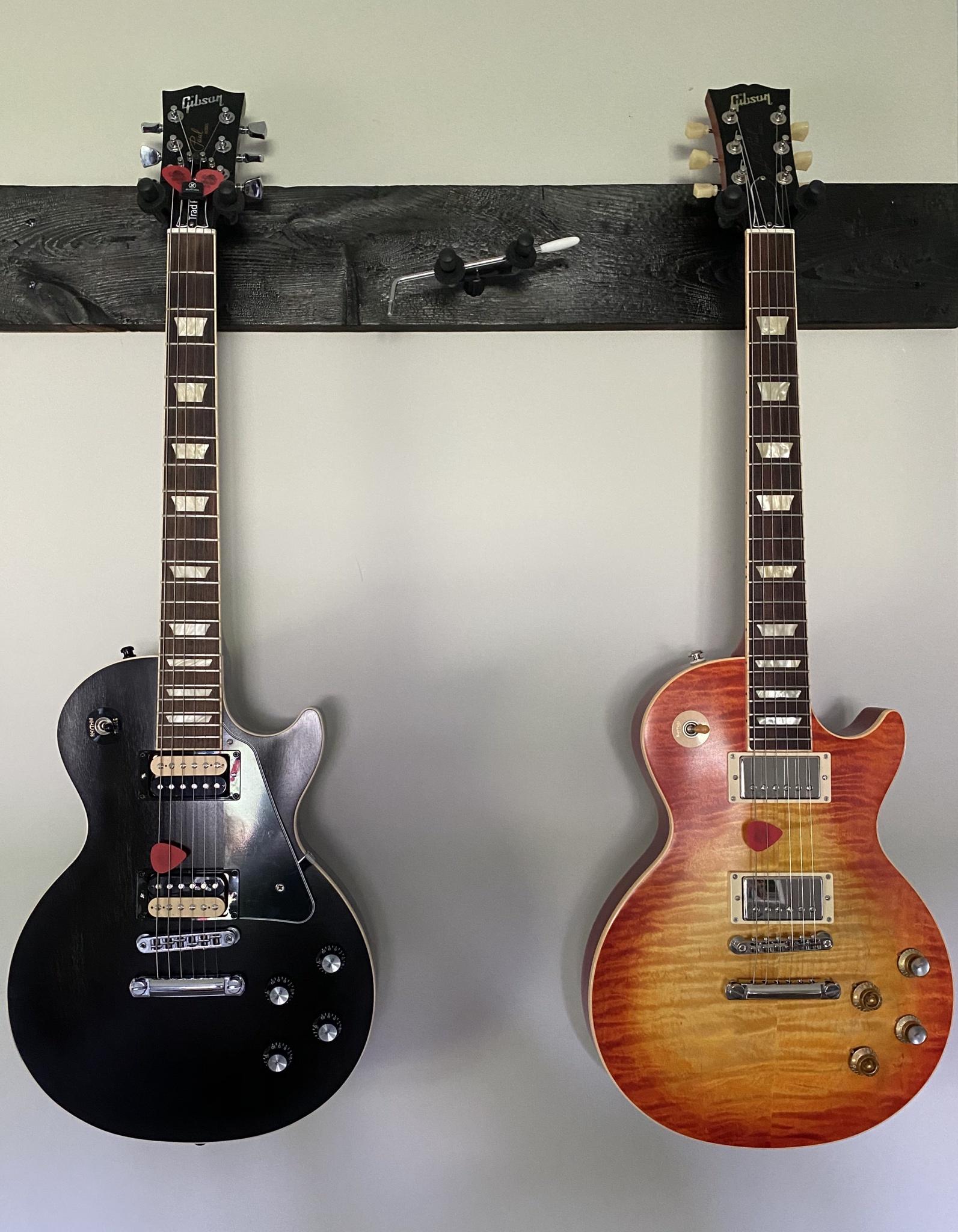 After more than a month trying to sell or trade the Strat off I finally found someone who wanted to trade a LP for it. I'm not sure what year it is and it doesn't have the factory pickups or electronics but it's in good shape otherwise and now I have something I can play around with and not be afraid of messing it up. It's a Studio Pro Plus from what I can gather but the neck is painted black and the serial number is impossible to read. 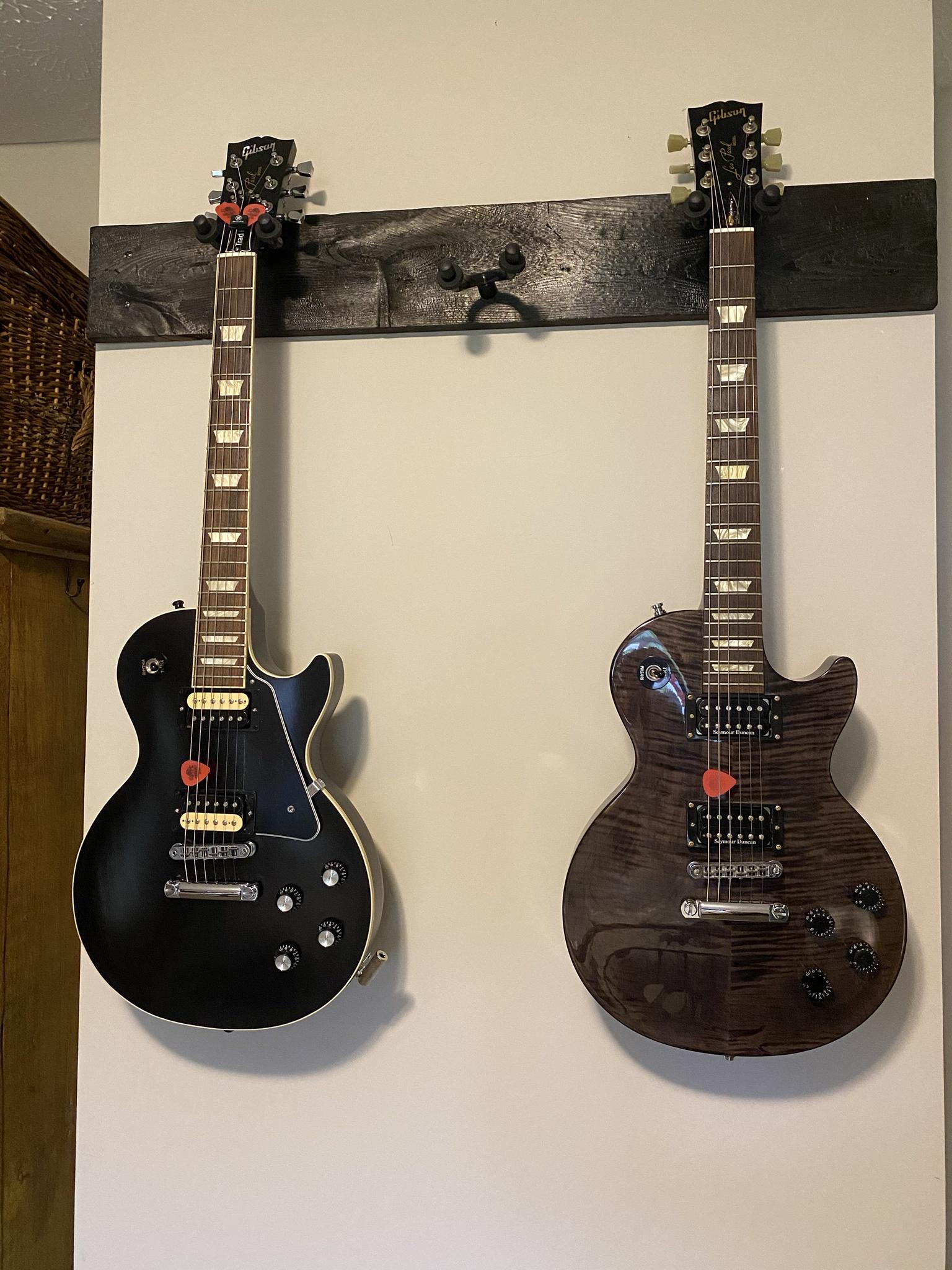 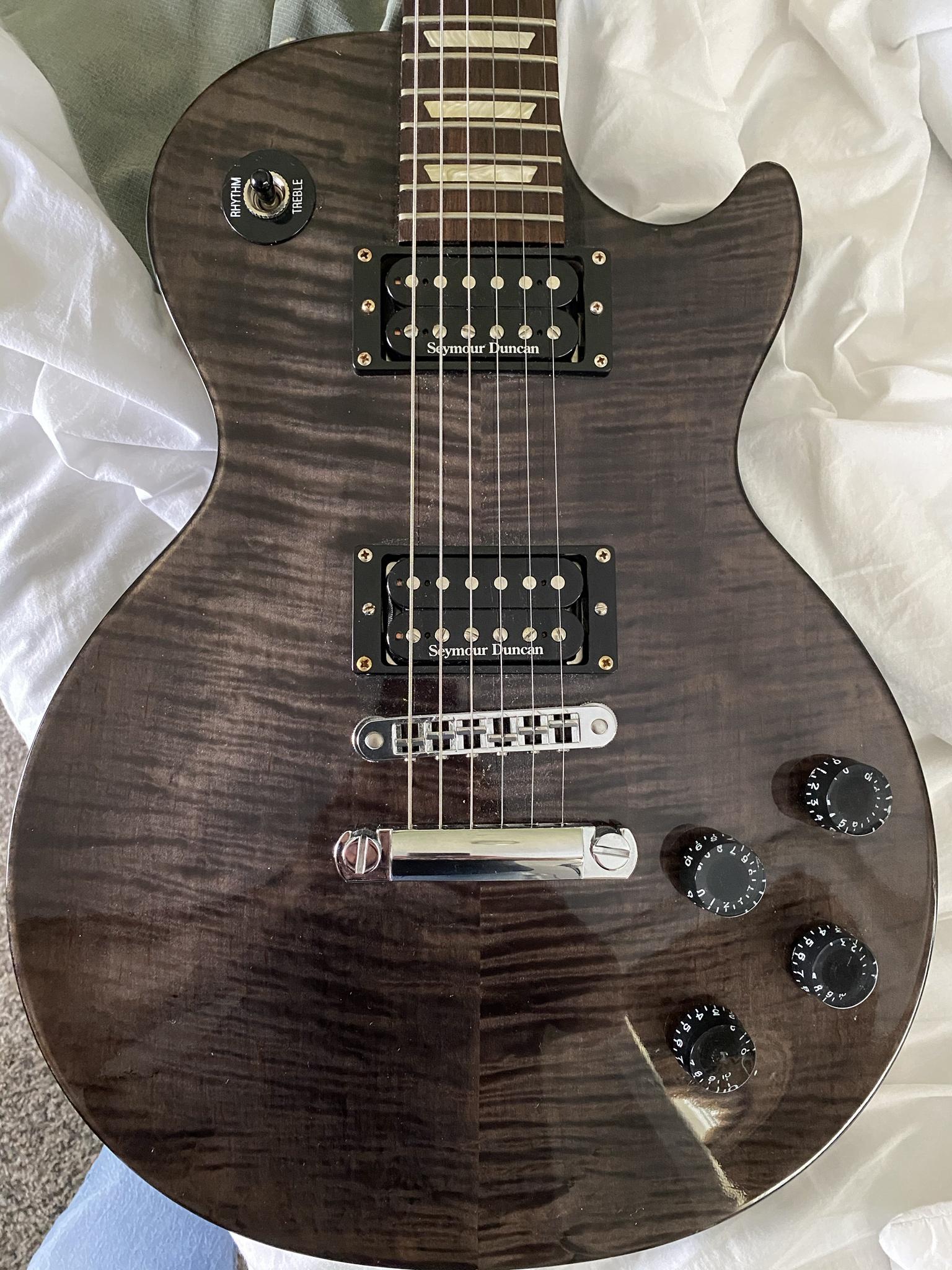 Glad to have found this place, looking foward to learning as much as I can.

Welcome! That’s a great collection you have there

welcome to the forum.

Those are nice and

Welcome. You’ve jumped in head first. You’ll be hunting for a R9 before the end of the year!