Amps You Have Either Reacquired or Are Thinking About Reacquiring

slowly but steadily re-aquiring all the old Bedrock amps that I owned of played through back in the day. 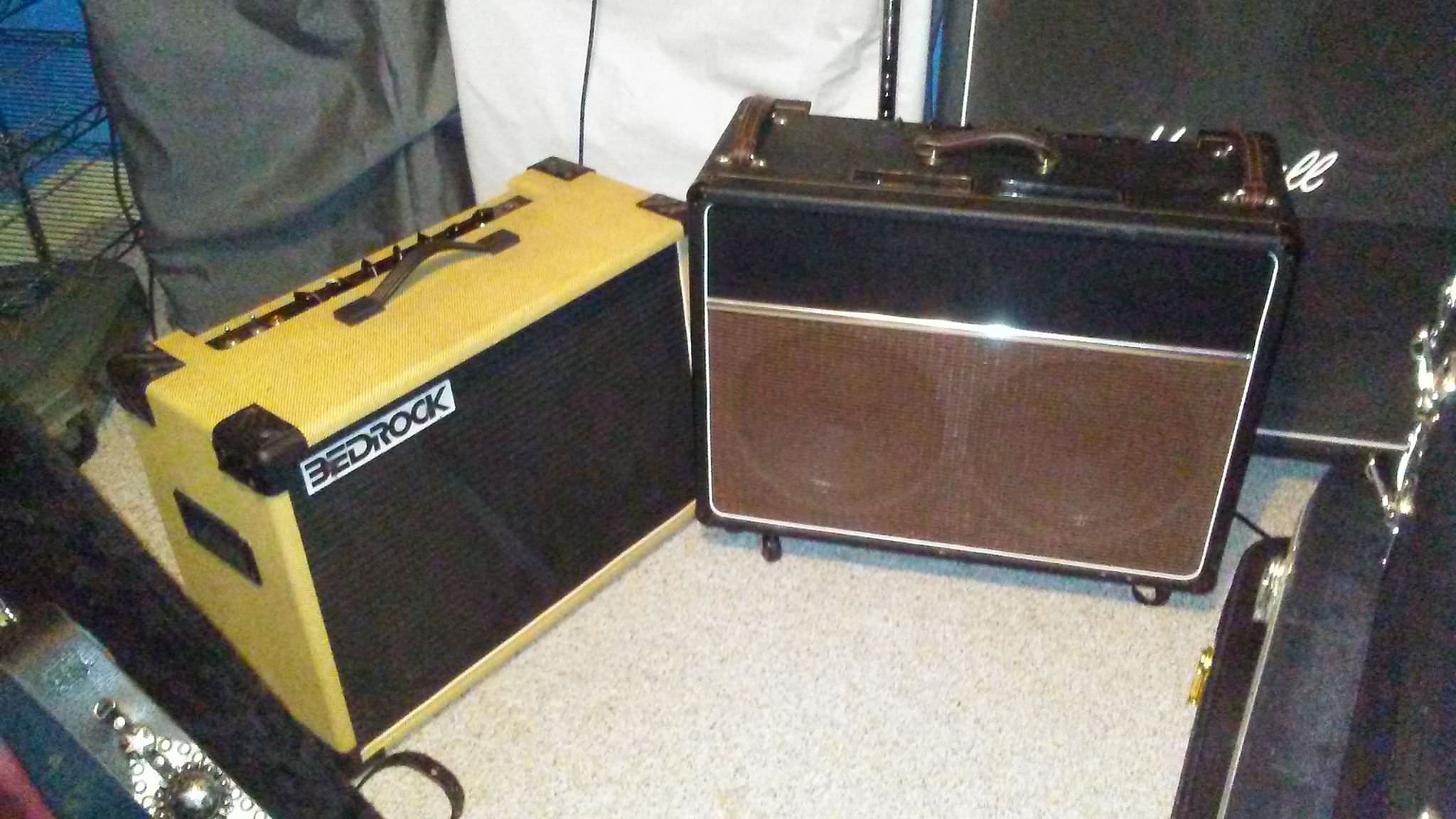 That Vintage Modern head in the classifieds right now has me thinking. I really enjoyed the one I owned a few years back, certainly more than the one I replaced it with (which is now also long gone).

I have two, kinda.

My first good amp was a carvin nomad that developed some kind of weird oscillation. I traded it to an amp tech to fix some mistakes on a brown note amp kit I made and put it out of mind for a few years.

At some point I loaned the brown note to a friend and then moved out of state and didn’t see it again for years.

Well a couple years back I got to missing that Carvin amp so I bought it’s little brother, the 16watt vintage...16.

The replacement 16 isn’t all that I remember from the bigger nomad, come to find out it’s modeled on the clean channel with a half assed gain control installed. I didn’t like it much.

I eventually figured out how to get the most out of it (running it on the full power mode and using the volume instead of relying on the gain) so I was reasonably happy with it.


Shortly after my friend called up and said he wanted to get the brown note amp back to me, along with a 1x10” cab he built for it loaded with a greenback! When I had it it was just a chassis and he went ahead and built it into a head cab too.


So now both are back and I am double the happy.

The brown note is an 18watt marshal style build that sounds sweet and bell like through the greenback and screams through a vintage 30.

Since I’ve had it back I’ve been seriously considering putting my Vibochamp up for sale since I have 3 champ style amps already and wouldn’t mind something different.

I used to own a 1964 Silver Red Block Logo JTM-45 that sounded really good (a bit weak but smooth). Sold it to Andy Brauer around 1990. Be nice to have that one back..

5 Years ago my job with a gov't agency was phased out . To give myself some cushion , I sold my Victoria 2012 and my Champ 600 with a Mercury kit . As nice as the Vic was , I missed the Champ the most . A couple of years later , I found another 600 on Reverb and all is well .

My first amp was an Ampeg VT-40. Bought new in early 1972. It was stolen less than a year later. I re-purchased one again in about 2004. Kept it for about 10-11 years and eventually sold it; at this point it was just a bit too loud and too heavy to lug around to gigs. But those were great amps!

I would really like to have my ole Kustom 200 back. Damn thing was like a stick of dynamite going off!

I sold the Badger 35 two weeks ago now and already miss it...

I'd want another Orange TH30. Sounded great and was super loud for 30w.

I already bought, sold, and returned two of these Marshall 1974x’s in the past. Never totally bonded with an EL84 amp. Now I want to try my luck at another EL84 amp again.

My next amp, a Marshall 1974x. It’s got to be one of the best looking amps ever made. In the spirit of this thread.

Sold this 1965 Fender Vibrolux Reverb-Amp about 6-7 years ago. '77 vibrolux reverb ,traded it in ,missed it so i bought it back.

In the '70s I was mostly playing bass. Had two Standell Artist 2-12" amps that I loved and have watched a few bought and sold over the years.... but usually too much with S&H involved.... then I walk into a barn/workshop this week of a friend I hadn't seen for a while... and there are two identical amps staring at me. My jaw dropped... we're negotiating for one, lol.