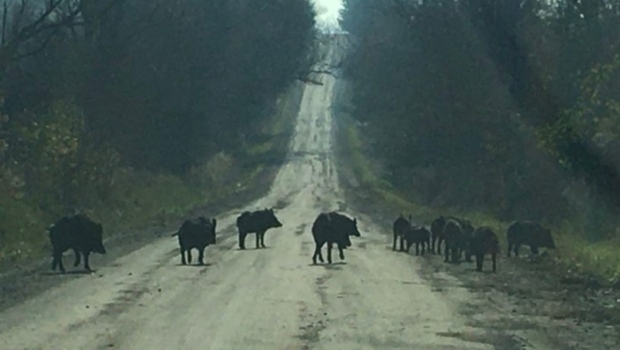 Group of wild boars roaming in Pickering, Ont. might be cause for concern, officials say

A sounder of wild boars spotted roaming the Pickering, Ont. area this week are being treated as a 'potential problem' by the Ministry of Natural Resources and Forestry due to their invasive nature.
toronto.ctvnews.ca

They counted 14 of them, and if you spot one they give you a phone number to call?

They need to take a clue from Texas, where they're everywhere, and just shoot them bastards on site.

Besides, them are good eatin!

if they counted 14 there are probably 80

This is what AR15s are made for.

PapaSquash said:
if they counted 14 there are probably 80
Click to expand...

Pay me 500 bucks a head, and I'll come take care of that problem for them!

I'll even skin and quarter them, and leave 'em several hundred pounds of meat for the less fortunate.

I wonder how they cook up...

Boar are very dangerous. Despite rumors to the contrary they do not bop around singing, "Hakuna matata"

and yet theres a bacon shortage going on?WTF?

redcoats1976 said:
and yet theres a bacon shortage going on?WTF?
Click to expand...

there's a defund the police joke in there somewhere

According to Guinto, the Ministry is planning to bait and capture the boars.
Click to expand...

I wonder if the ministry has ever heard the phrase “pissing in the wind.”

These wild boars are loose in my neighbourhood(protected greenbelt),just a little north and east of me.It is all bush connected to lake ontario,where i am. Along with wild deer,coyotes,turkeys, the occasional wolf, no bears yet, but they are probably out there...now boars.
Maybe i should be packing on my next trail ride.

Too bizarre,not native to the area(eurasian). farm critters got loose?
Last edited: Nov 15, 2021

rogue3 said:
I wonder how they cook up...
Click to expand...

They're nasty and yucky if field-killed and then cooked. Gamiest flavor this side of bear turds, and nasty, wormy, sour-ass meat to be sure.

This has mostly to do with the diet of the average feral swine. In my part of Florida-- which is lousy with razorbacks and other churlish porcine types-- the guys who actually mean to eat those piggies tend to take them alive. One of the more popular practices is to send Florida Cur Dogs (that's a breed) to track and chase the piggy down, with a pit bull following, usually to grab the porker and hold him in place long enough for the hunter to come running up to net and truss the now-furious bastard. And you gotta *really* watch your ass while getting the pig under control, because they're quite strong, extremely testy, and they feature a bite that leaves a man looking like he was slashed with a razor blade.

Once you have Mr. Piggy under control, you take him home and you feed him sweet corn for about a month. And *then* you slaughter him and will have something closer to store-bought pork to feast on... though sometimes the meat stays pretty damned chewy anyway... and one is wisest to marinade the shit for a couple of days, too.

Sometimes guys do take wild hogs, and bring them to charity... and I've yet to hear of a charity that ever turned the offering down. But damn, man... I'd have to be pretty hard up before I'd be looking at a field-taken hog as anything entirely comestible.

Time to bring the girls! 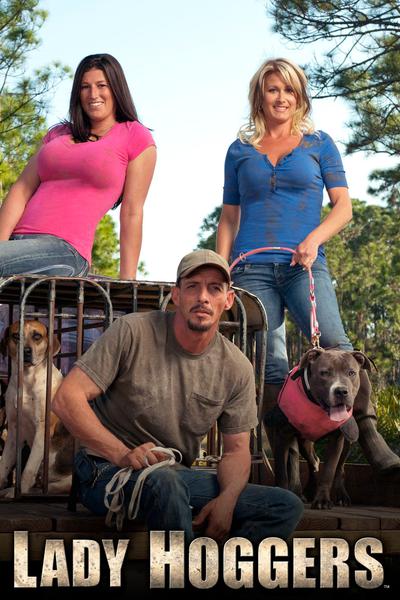 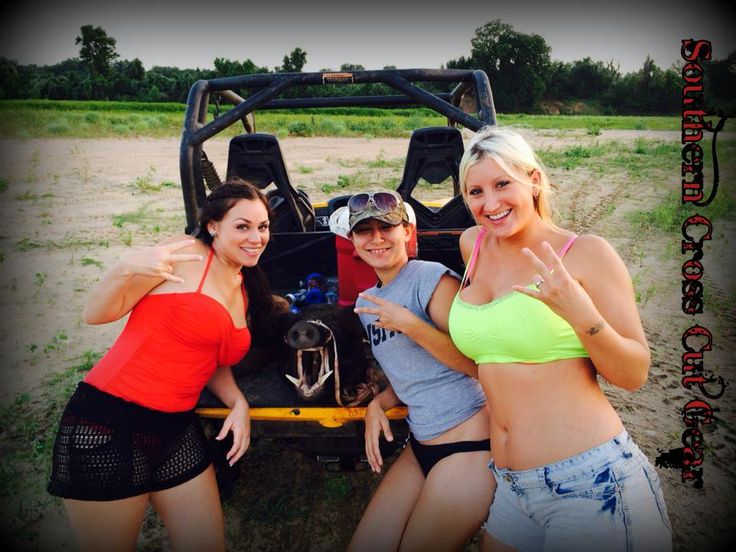 nice that they let you know right away what they're into.

Kamen_Kaiju said:
so both of them are into '2 in the pink and 1 in the stink.'

nice that they let you know right away what they're into.
Click to expand...

I'd want a powerful handgun with me besides a rifle.

They like to breed, here's a litter of 11 little ones:

rogue3 said:
I wonder how they cook up...
Click to expand...

I can't speak to Canadian hogs, but down here, they are freaking NASTY. In order to make them edible, you need to catch them and feed them corn for a few weeks before slaughtering and butchering them. Even with that, some of the big boars will always taste like a big boar. Now, the little ones, they can be quite tasty!

We mostly treat them like varmints and don't eat them.

Stoke up the barby...

??
You must log in or register to reply here.

Romance scam with a twist