Just thought of this ,,,, Once you get the guitar . Take a look at the nut . The Nylon Gibson uses now is different then in 2004 . While your looking there , look at the binding on the bass side and look for the lacquer .See if it's unmolested and goes from the FB and over to the nut ..... The nut can be changed , but I've yet to see a repair that hides that or would be the same tone amber as the rest of the guitar.....

spindrift said:
no- it's just you treasure your guitars and really pay attention to all things about them!
Click to expand...

I have extra cases that I use to haul guitars to my gigs. My original cases, with all C.O.A.'s (as worthless as they are

as I mentioned about...this one has had the orig caps changed anyway.

I have extra cases that I use to haul guitars to my gigs. My original cases, with all C.O.A.'s (as worthless as they are

), paperwork, and hangtags stay put at home.
Click to expand...

Oh..I never take an original case to a gig. I have a few mono bags I use. I get annoyed when the liftons get those little white scuffs too.

Vibrolux said:
as I mentioned about...this one has had the orig caps changed anyway.
Click to expand...

I wonder why he told me all was original? You got a good price, but, I'd really look hard at this when you get it. Some things aren't adding up.

Got you beat - Brother Label Maker

Now that's a great idea!! May stop at Staples on the way home. 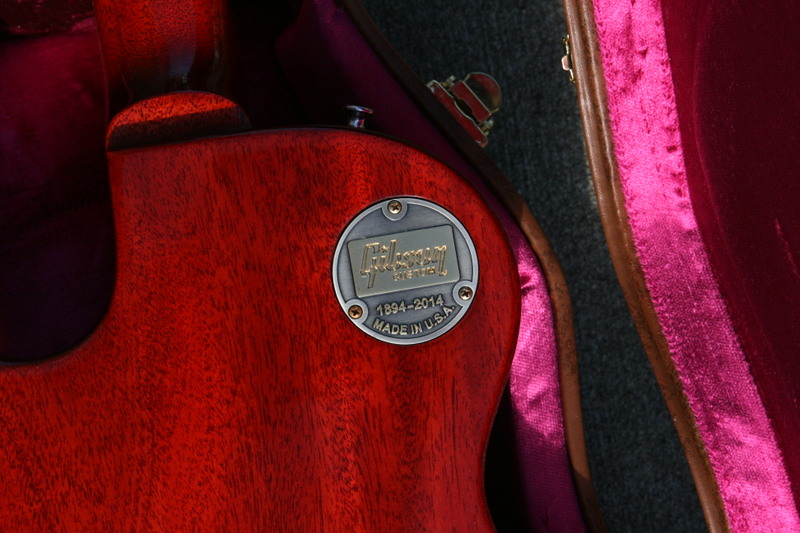 SAME place they're at on the eBay listing in the first post in this thread.

SAME place they're at on the eBay listing in the first post in this thread.

yep great research work there- bet it's a 2004 based on the switch cover screw holes...really hard to ignore 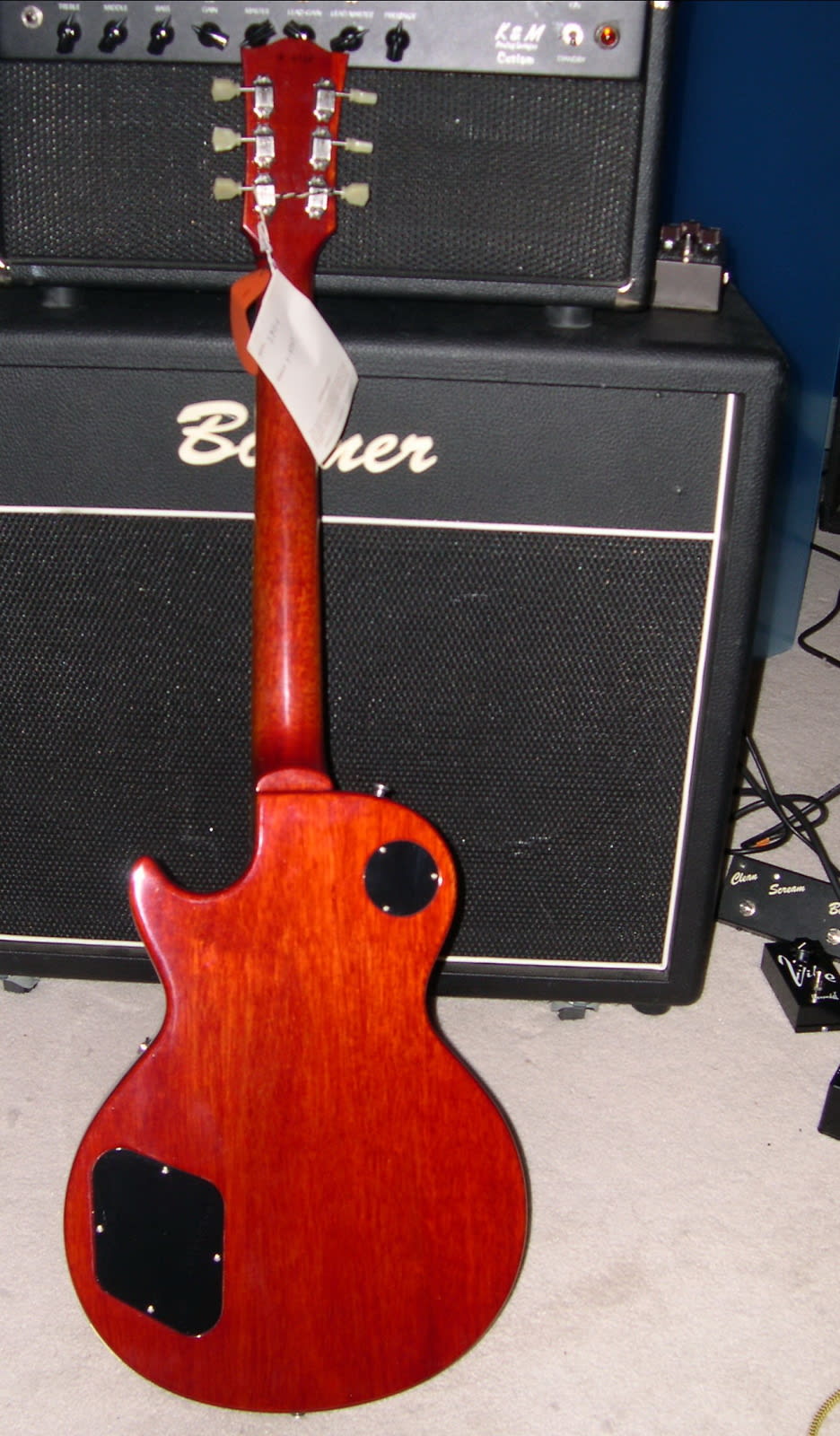 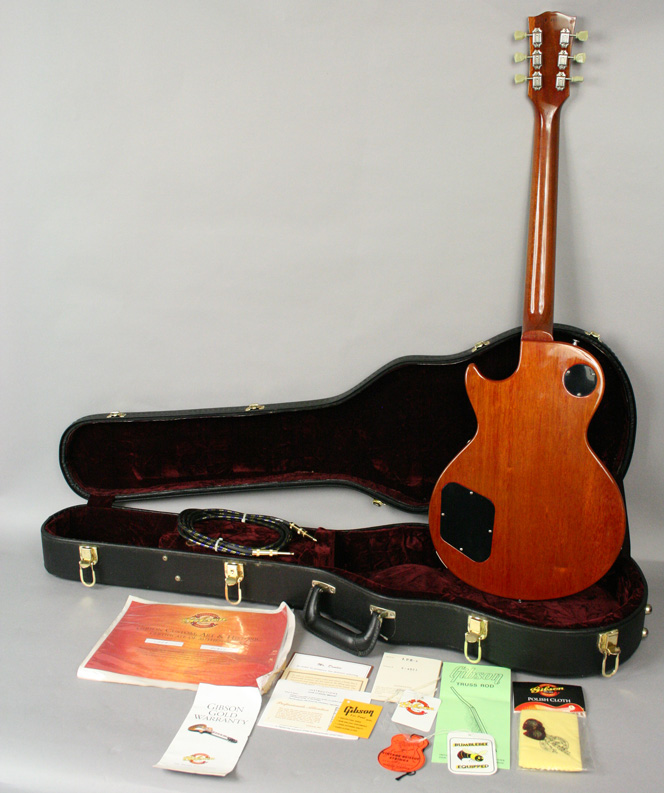 And here is the back of a KILLER 2004 Dave Johnson refinished R9 that MLP member buckwild sold this past summer:

Anyone else noticing a patten with the screw placement on the 2004's?

Not one of them has the screws at the same places as the 2014's do.

I "heard" {BEWARE this is internet hearsay}....

and is unrelated to this particular guitar, but related to the screw placement of the disc covers.

That a specific individual would "mark" his/her final assembly with the orientation of the disc, in case some came back, this would tell them who did the final assembly.... I dont know if this IS true.....

Vibrolux said:
Well when it arrives I will take pix and look for the tell tale signs and hopefully put this to rest.

I know the caps were changed out. I have a pic of the control cavity.

So what are the few key items that should be looked at?

Maybe the control cavity to show the stain/dye. Is there a different look when the aniline dye is applied vs previous stains?

Pull the pickups and look for the CBs?

One more thing to measure is the pickup positions relative to each other and to the pickguard screw in the top. That changed with the 2009 Historics.
M

On the Gibson Warranty card booklet, it should show the new Gibson Custom logo not the older Gibson Historic Arts logo.
S

Note the case - Custom Shop Black / Burgundy style with the 2 neck supports.
2004 is when these were introduced IIRC

Look at the screw orientation....

BigDipper15 said:
I have found that hangtags heavily affect tone. Having them in the case with the wood really let's the wood breath and resonate.....

I learn something new everyday

Thanks for the edumacation, BigDipper.

So, try and guess which years these are from .

I'll give the answers this afternoon . Hint ,None are from 2004

(Thanks Win 8, the pics are not posting correctly)