The Chambered Reissue models are limited run Custom Shop Les Pauls that constructed exactly the same as the regular Historic Reissue except that the mahogany slab has a routed pocket which both lightens the weight and enhances the resonance of the body. Speaking about his 2007 CR8, Ed King stated that "he has been looking and trying Les Pauls for years trying to get the feel and tone of his original 59 burst and these are the closest he has ever played".

This particular CR8 is a really wonderful guitar. Its featherlight weighing in at 7.5 lbs. Its a Les Paul that you can play all night without think about the weight bearing on your shoulder. The top is mildly-flamed Eastern Maple that has a very vintage appearance. The neck has a '59 profile measuring .890" at the 1st fret. All parts are original except for the MojoAxe pickguard and Fatboy pickup rings (the original parts are included in the case compartment).

No breaks or repairs. This is a great playing and sounding Les Paul, so it hasn't spent its life as a "case queen". The overall condition is very good however it does show signs of being played. The back as light buckle rash that is visible in reflected light (nothing through the finish) and the are light dings scattered about. The most significant marks are on the edge top of the headstock. Judging by the appearance of the nicks, I am going to guess that the previous owner spent some time in close proximity to the drummer's cymbals.

The fretboard is very dark and the frets are in great shape. The neck is straight, action is low, and there are no issues with the guitar other than some light wear and tear from use. 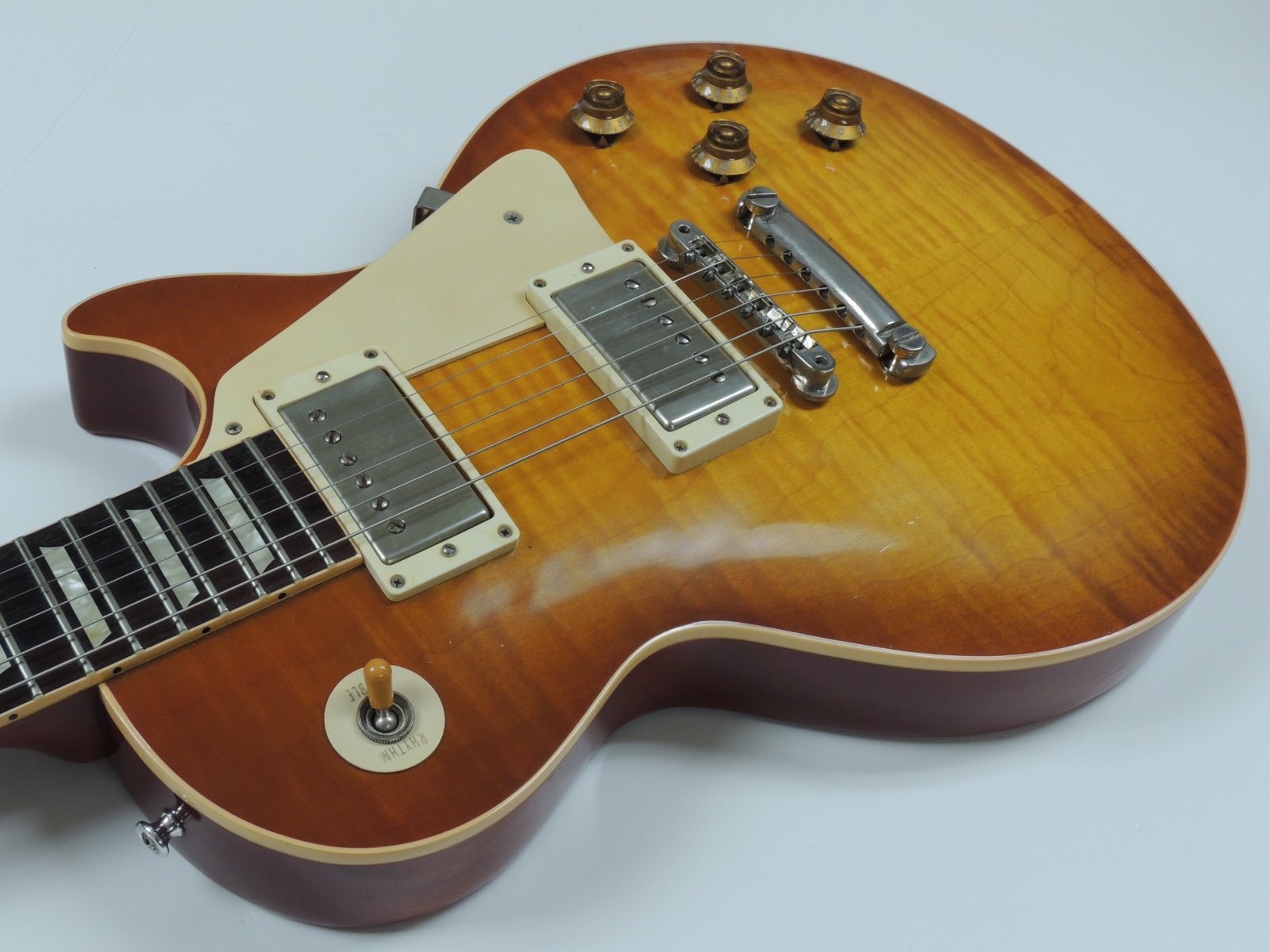 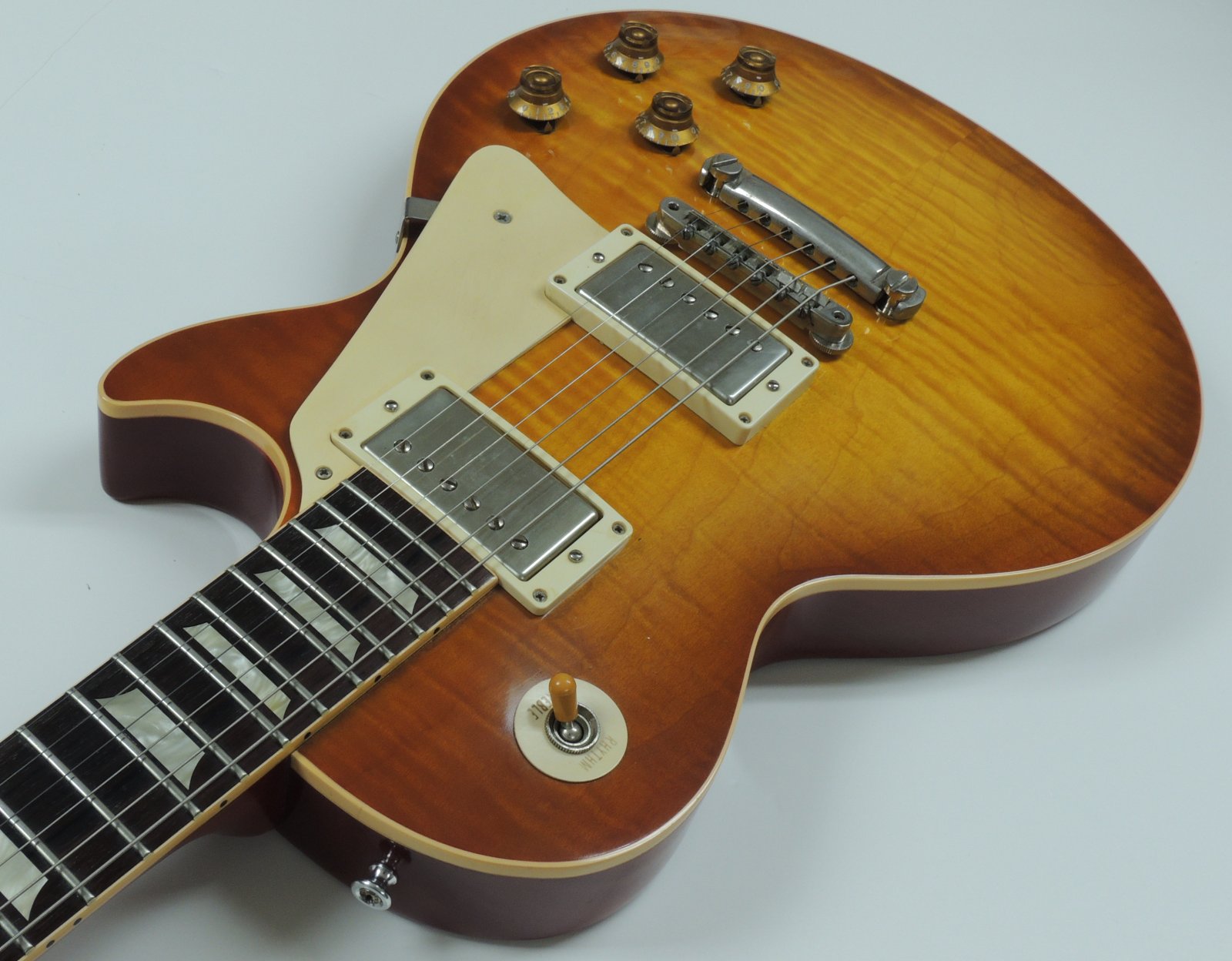 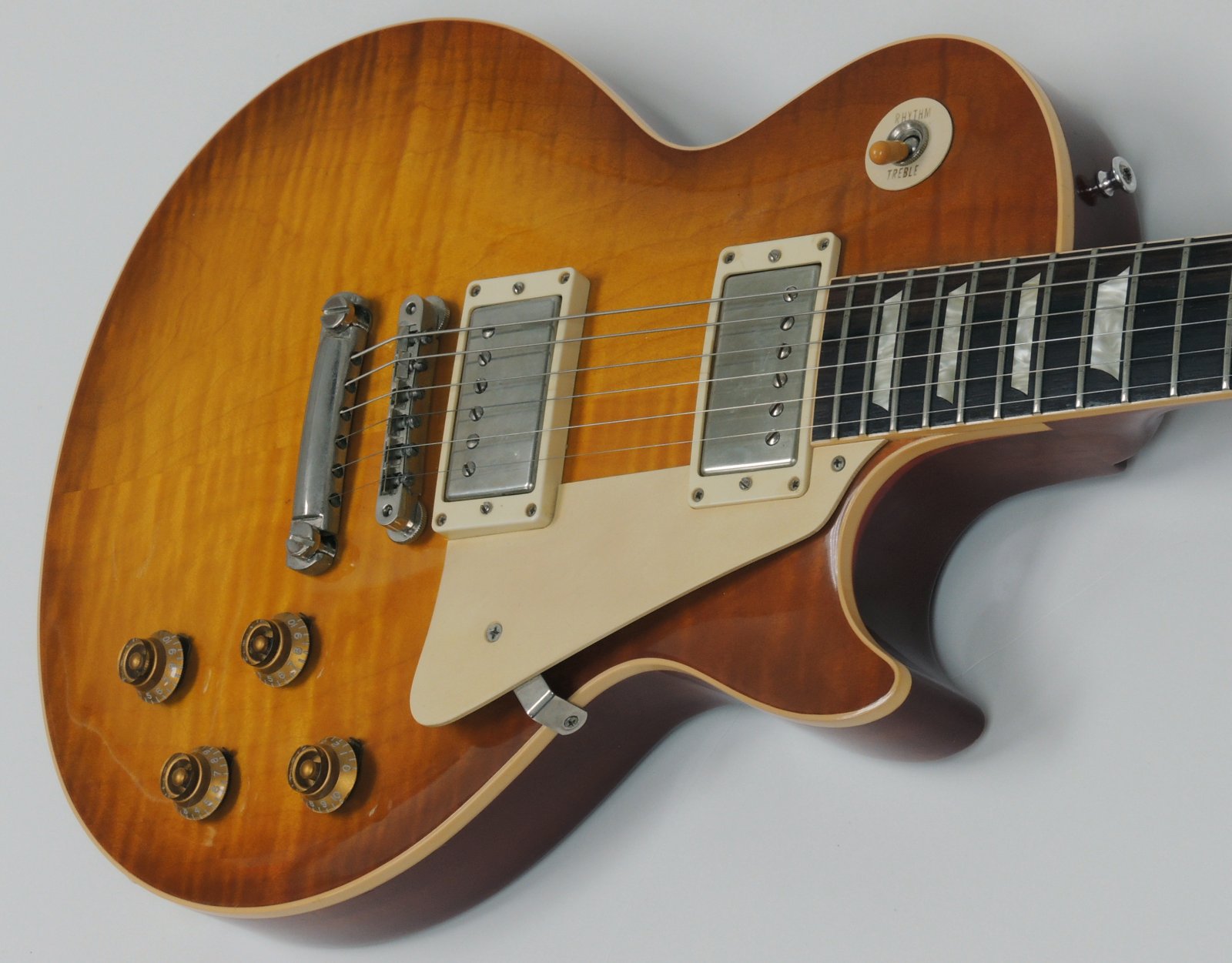 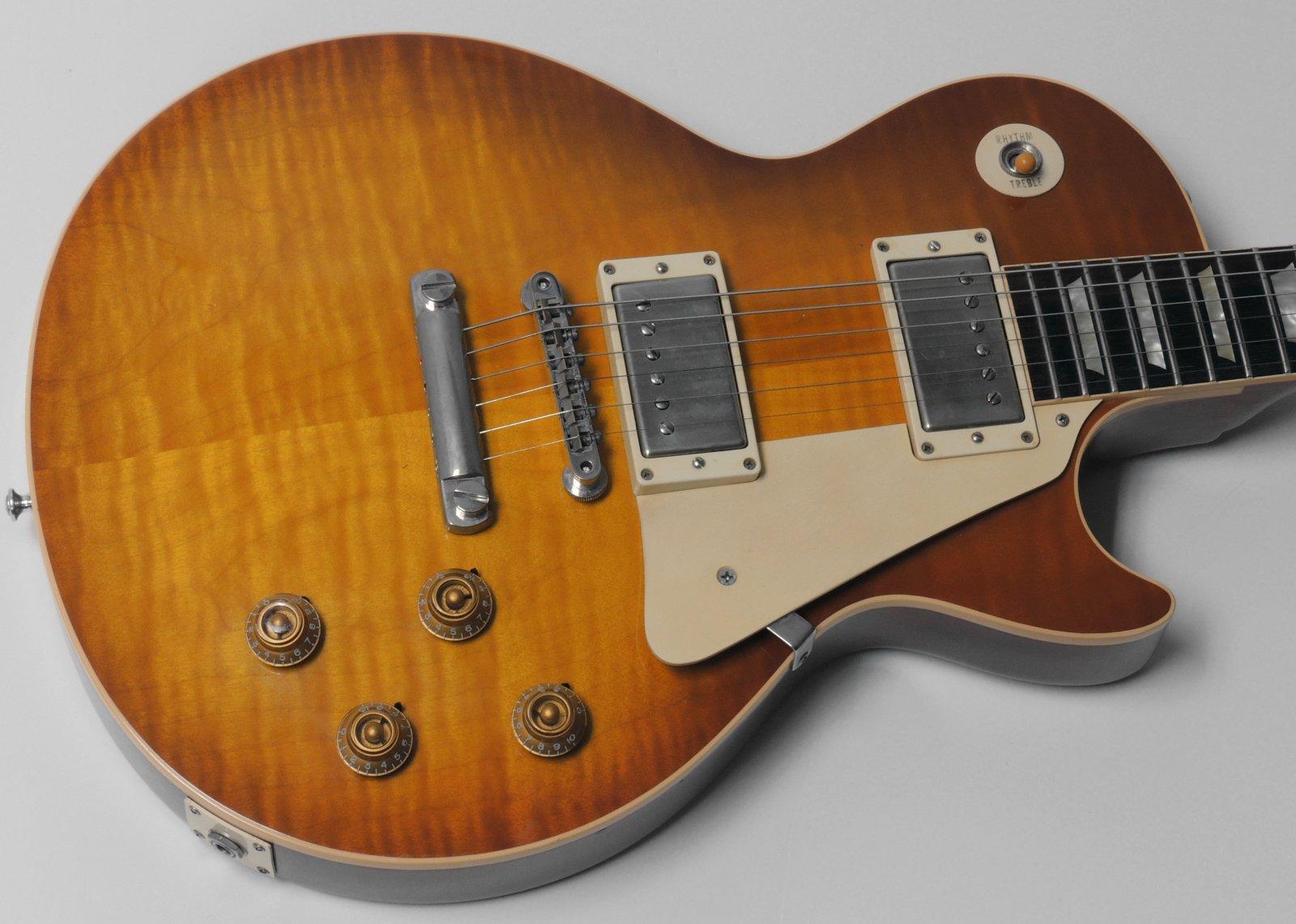 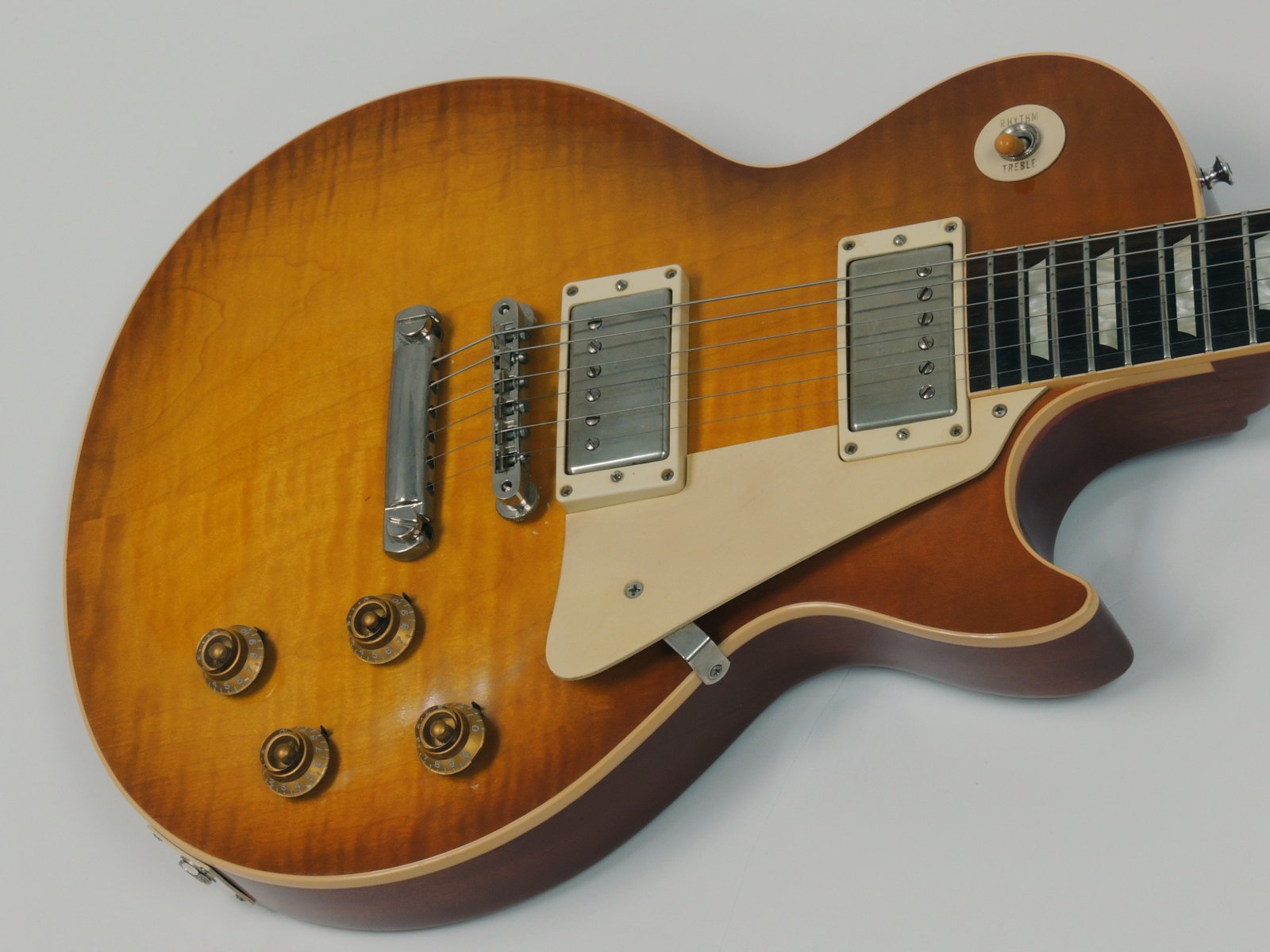 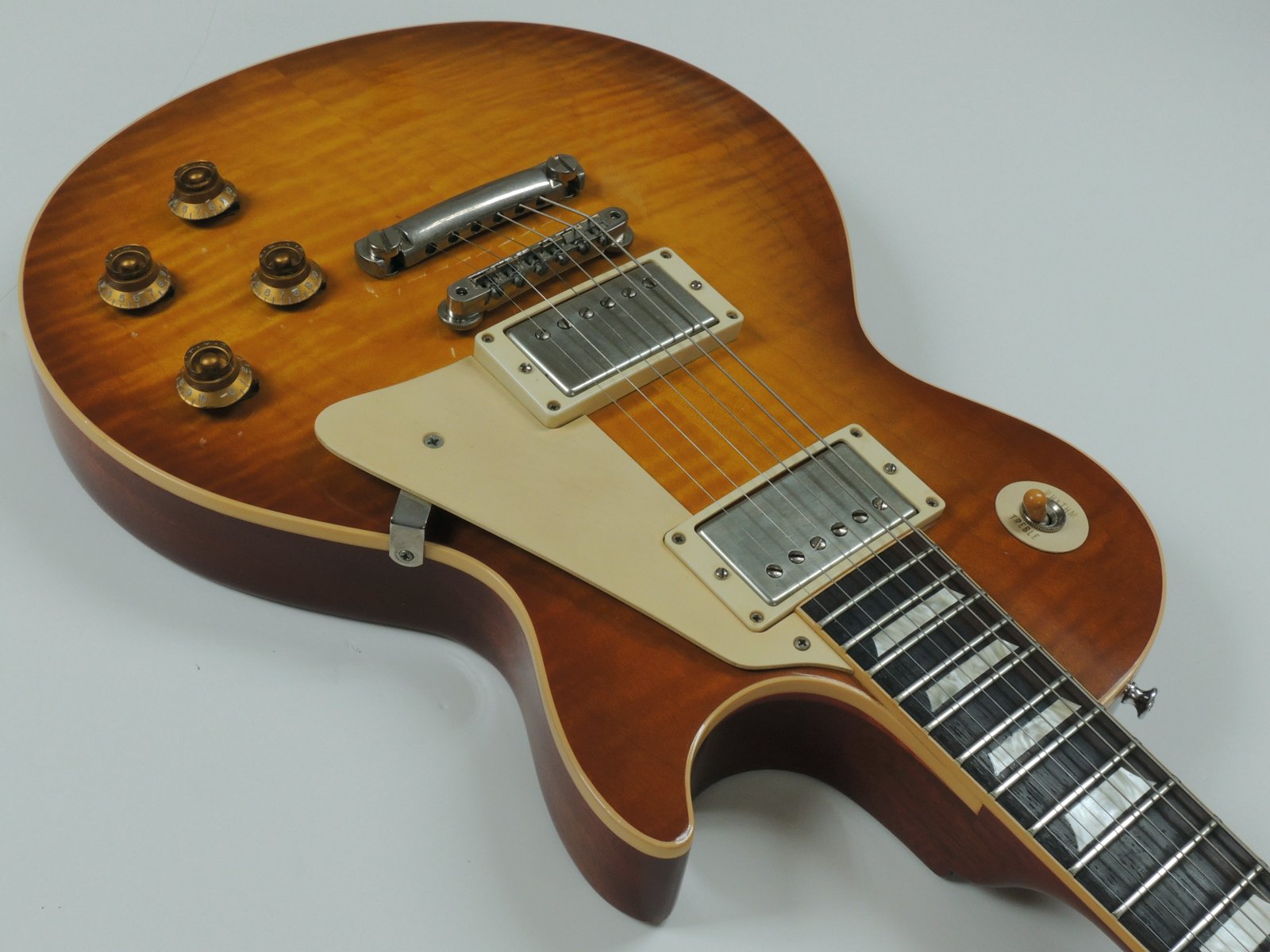 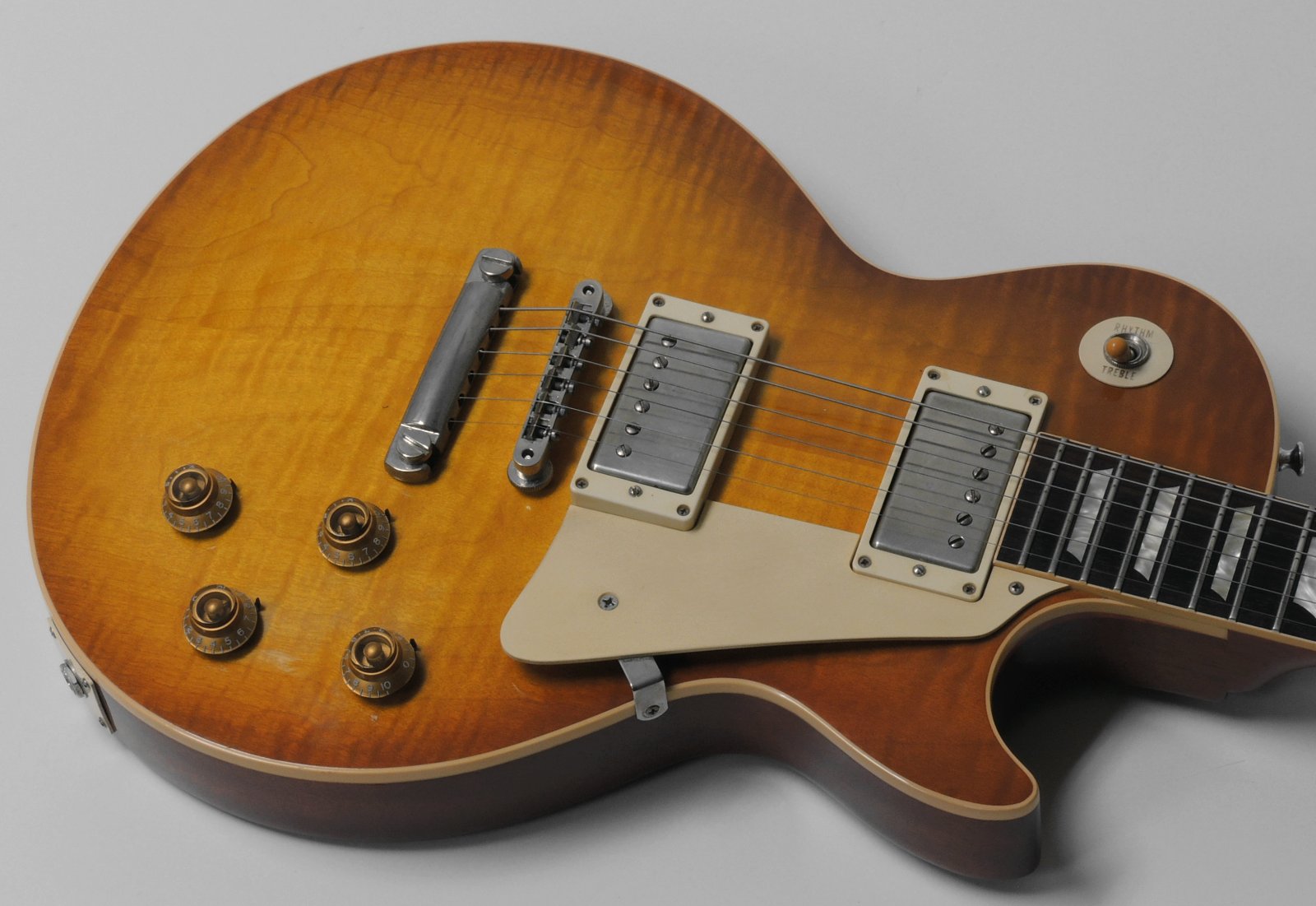 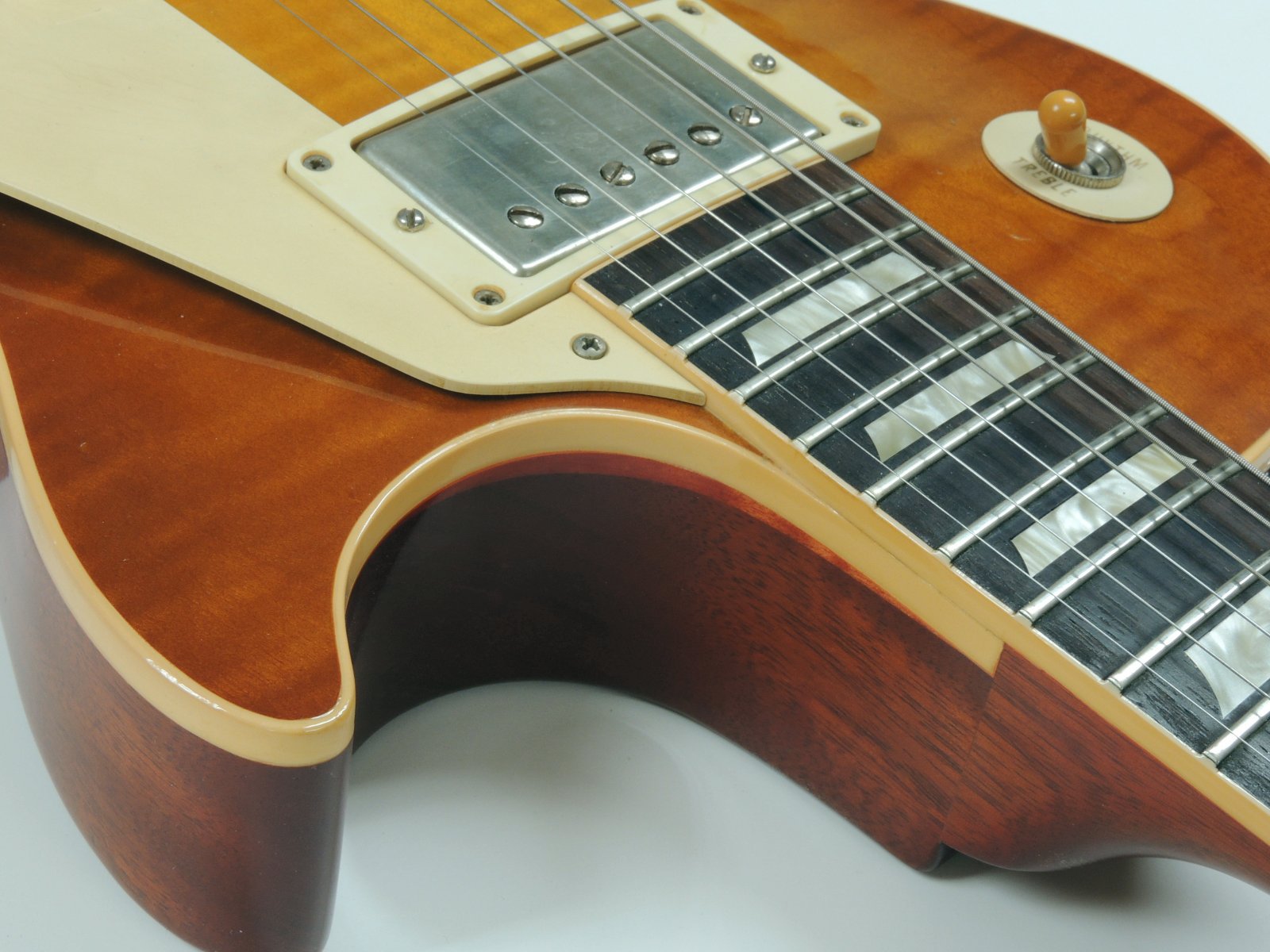 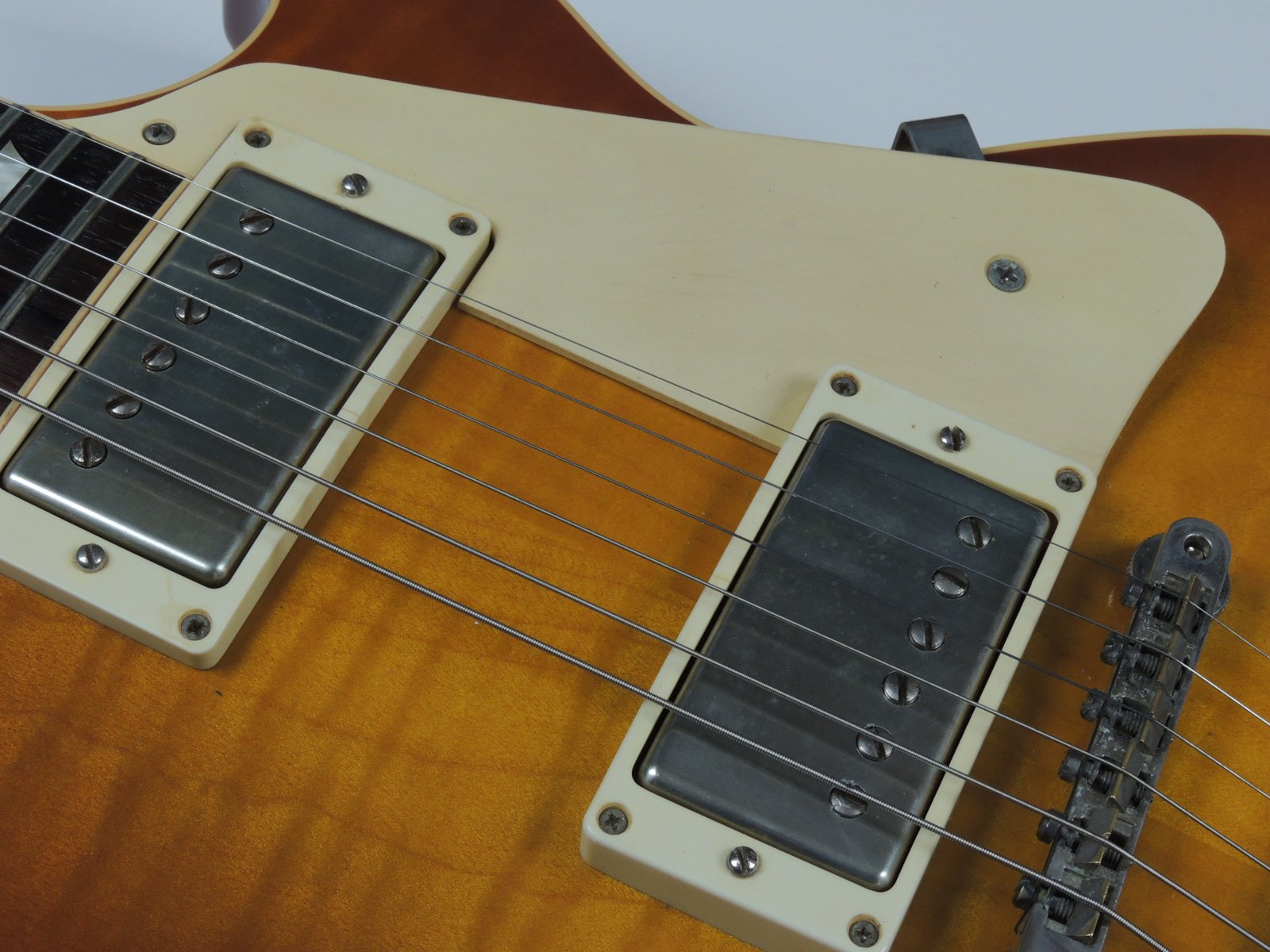 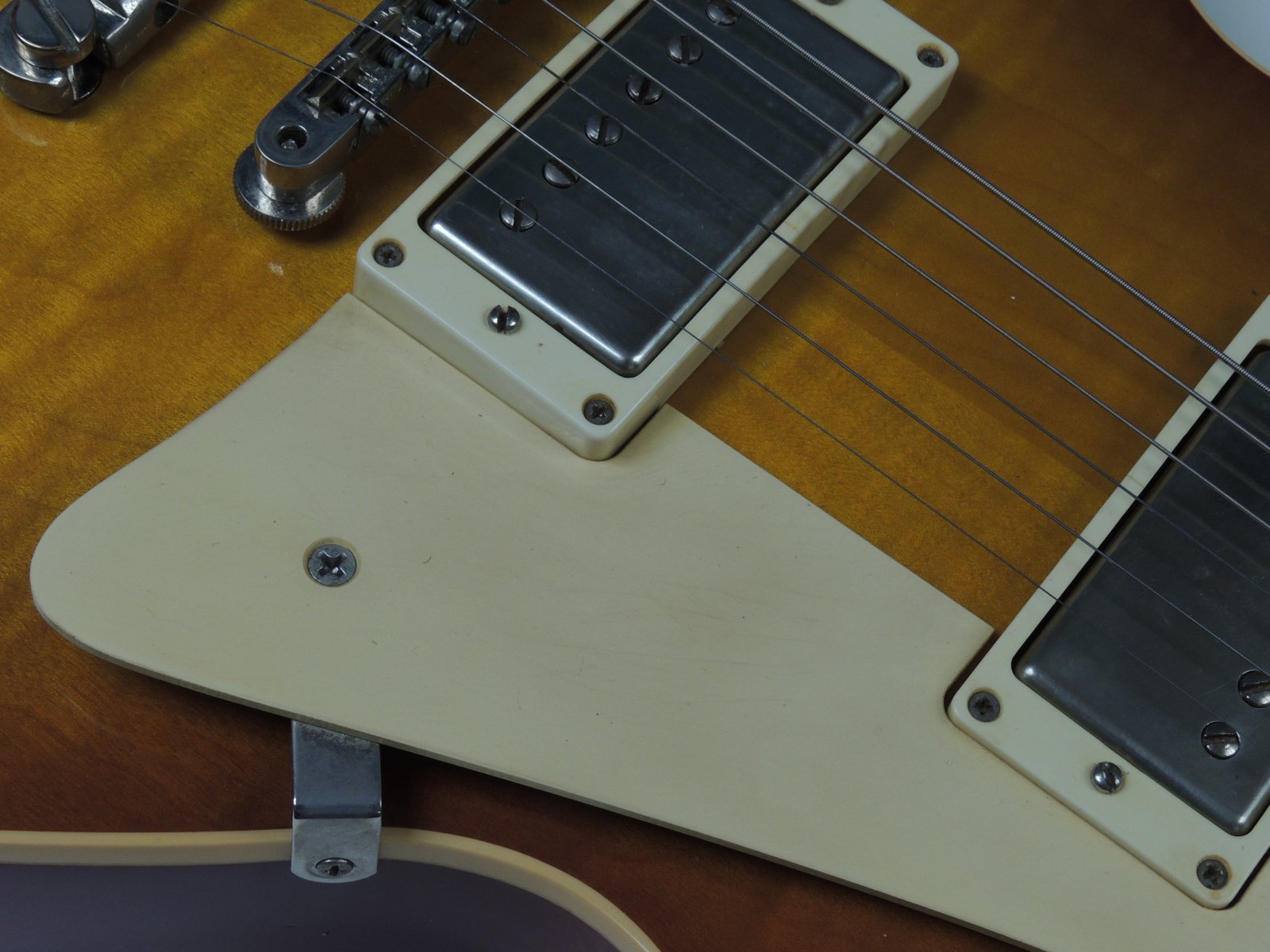 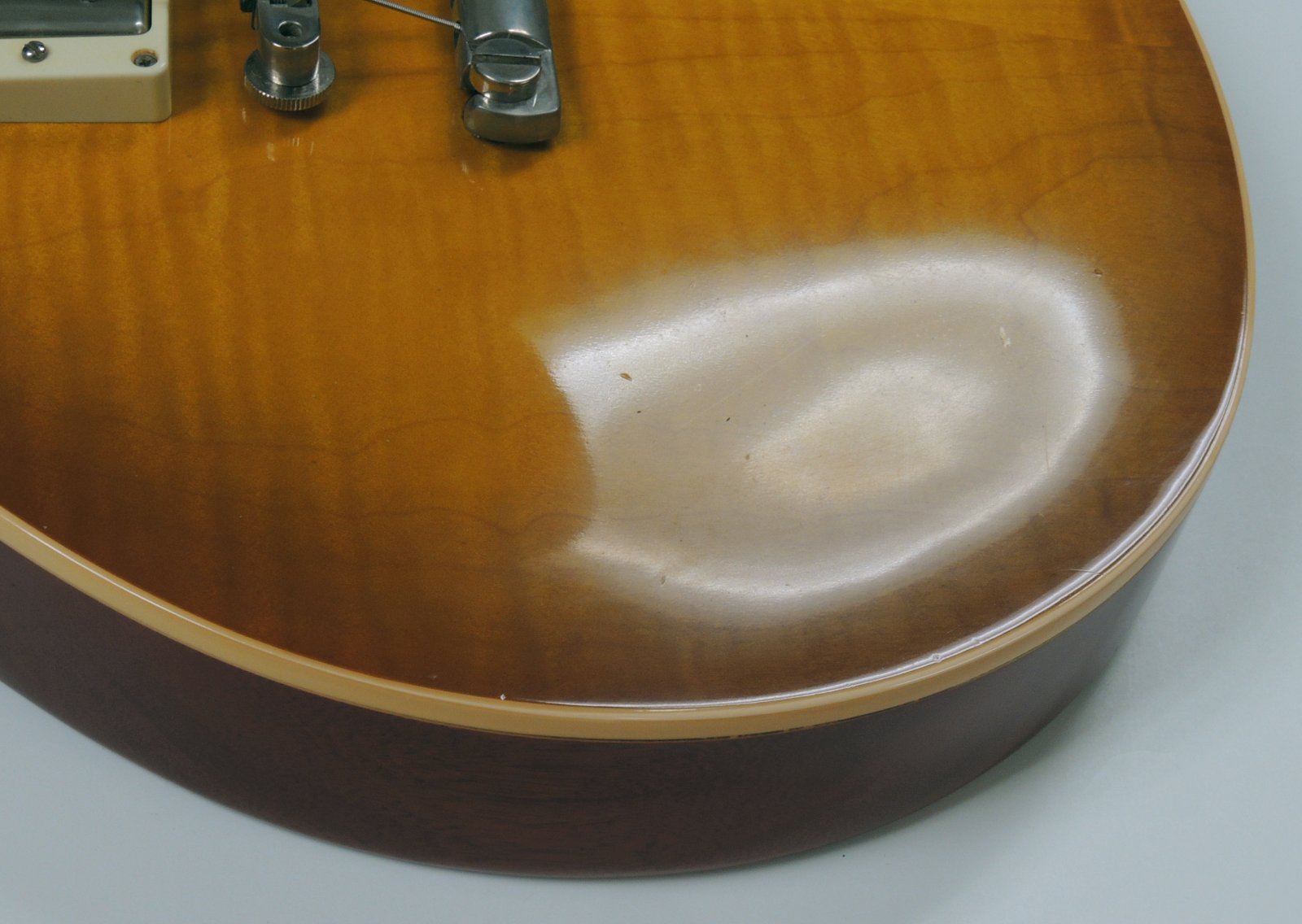 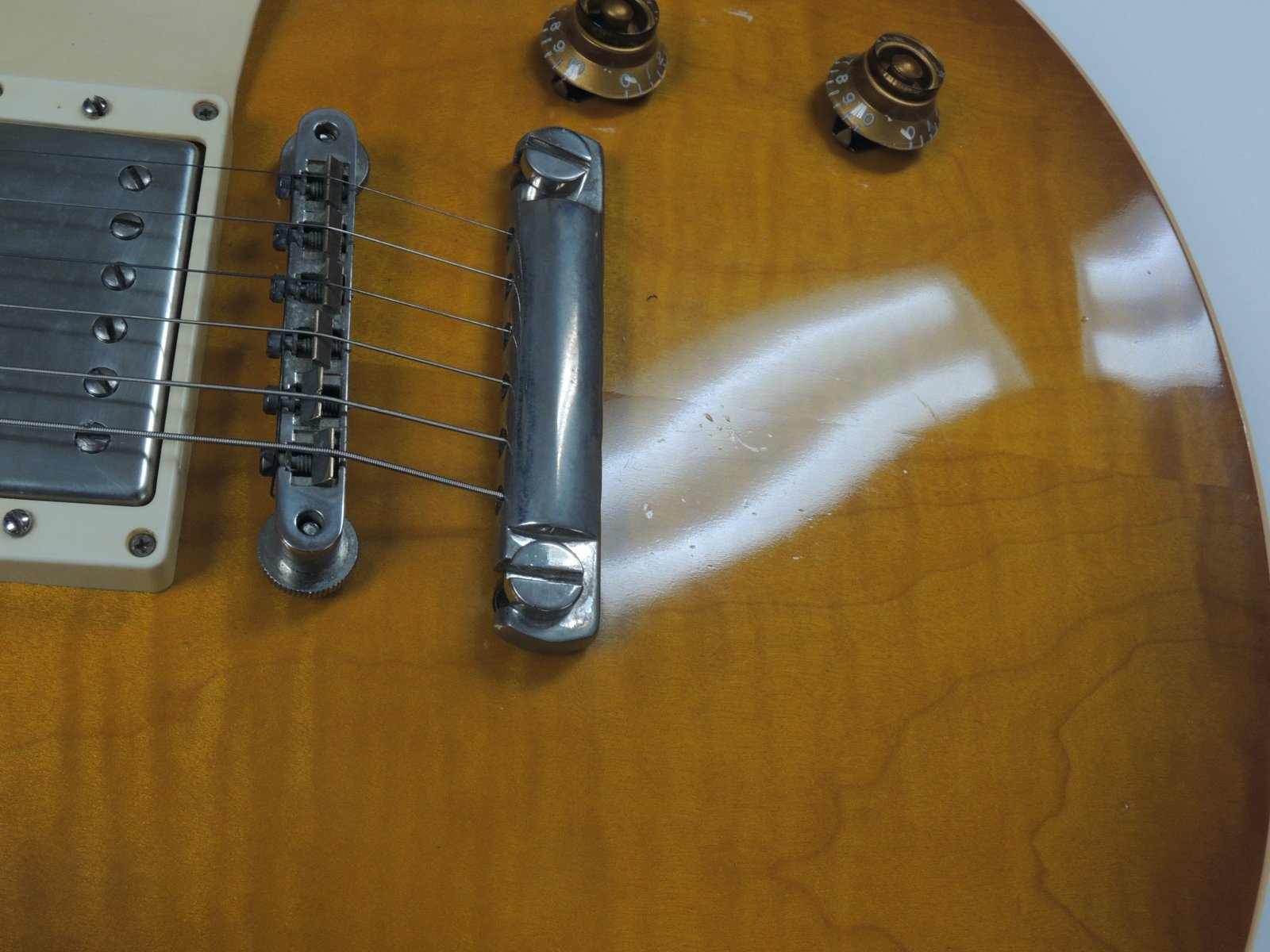 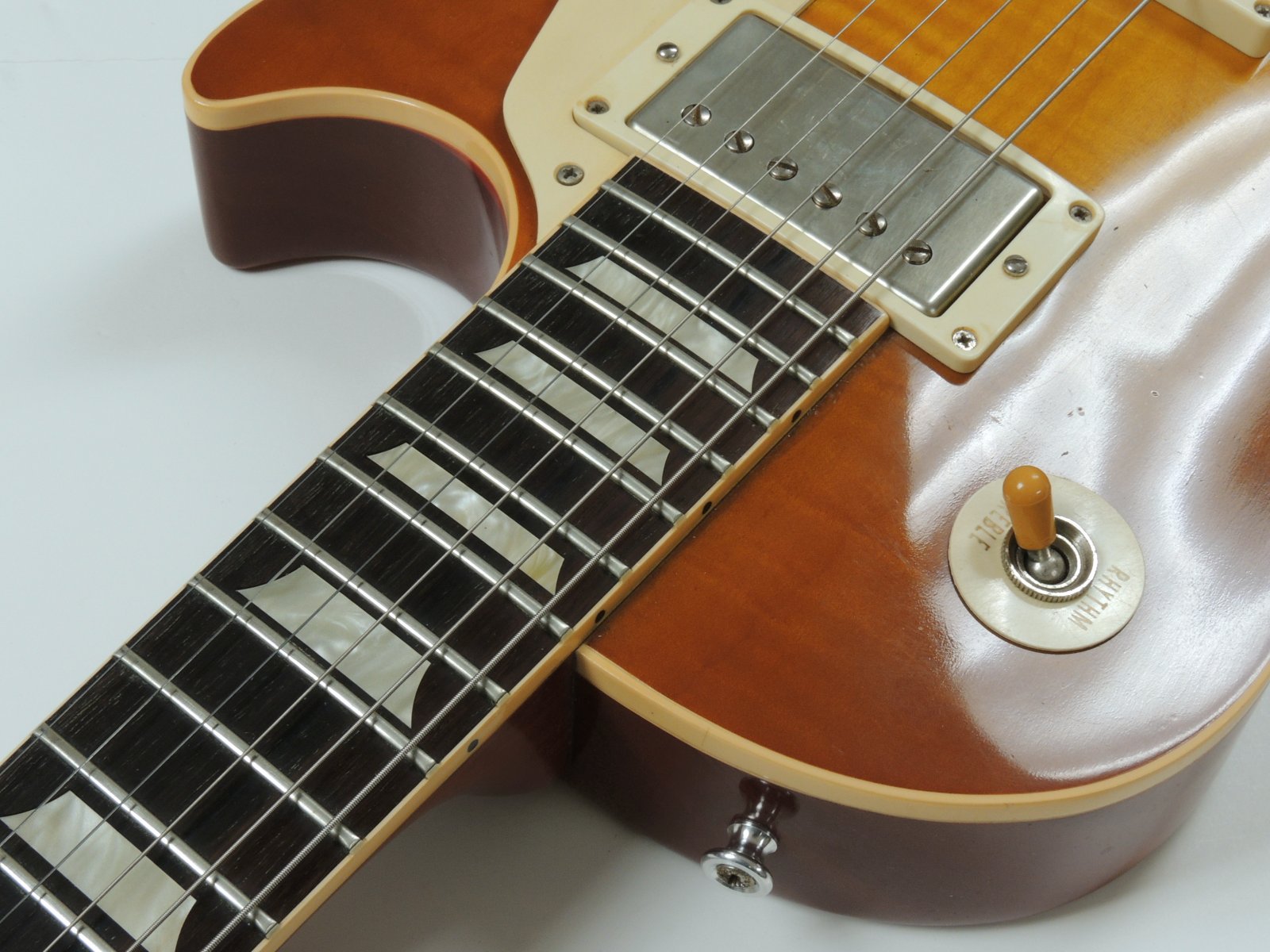 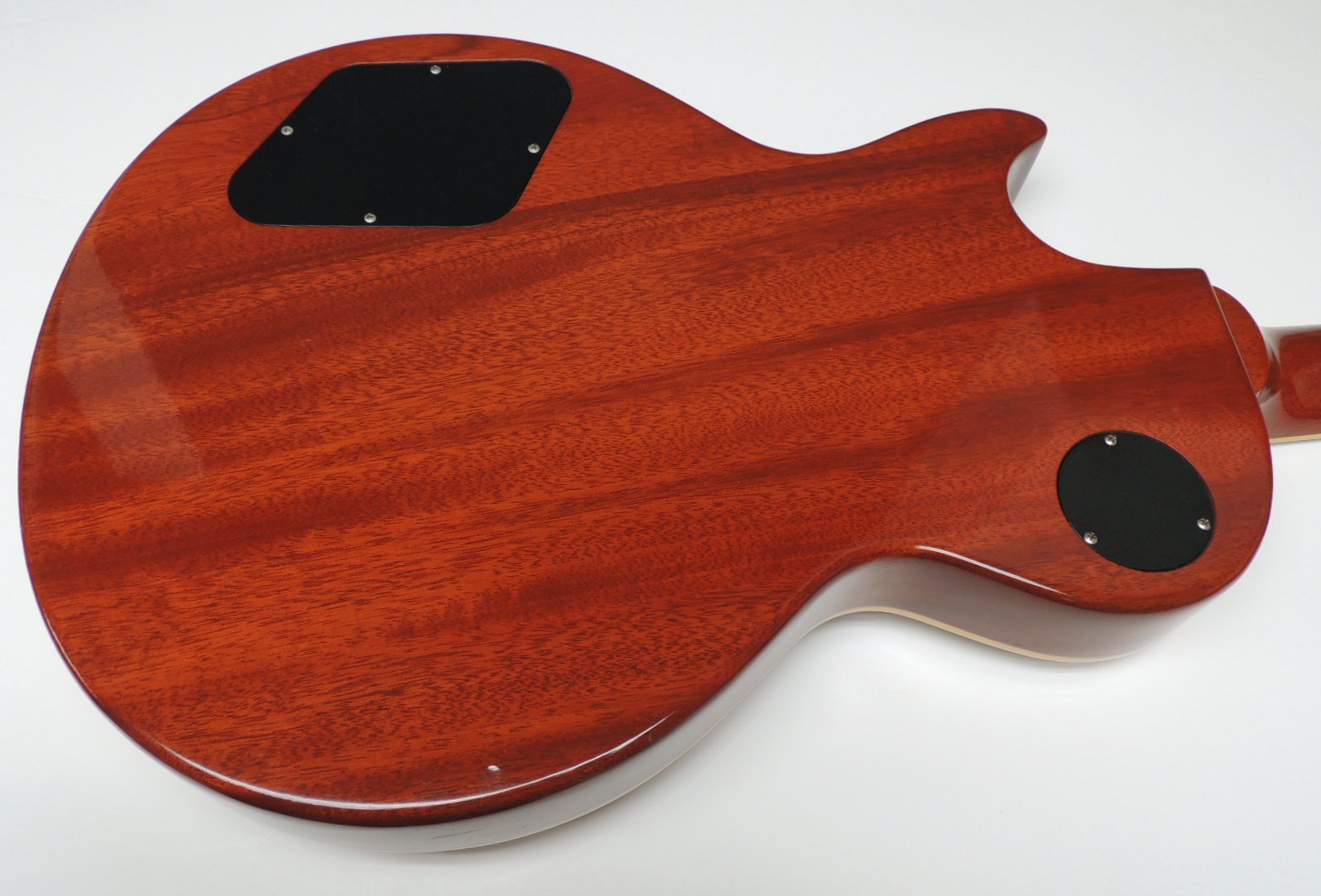 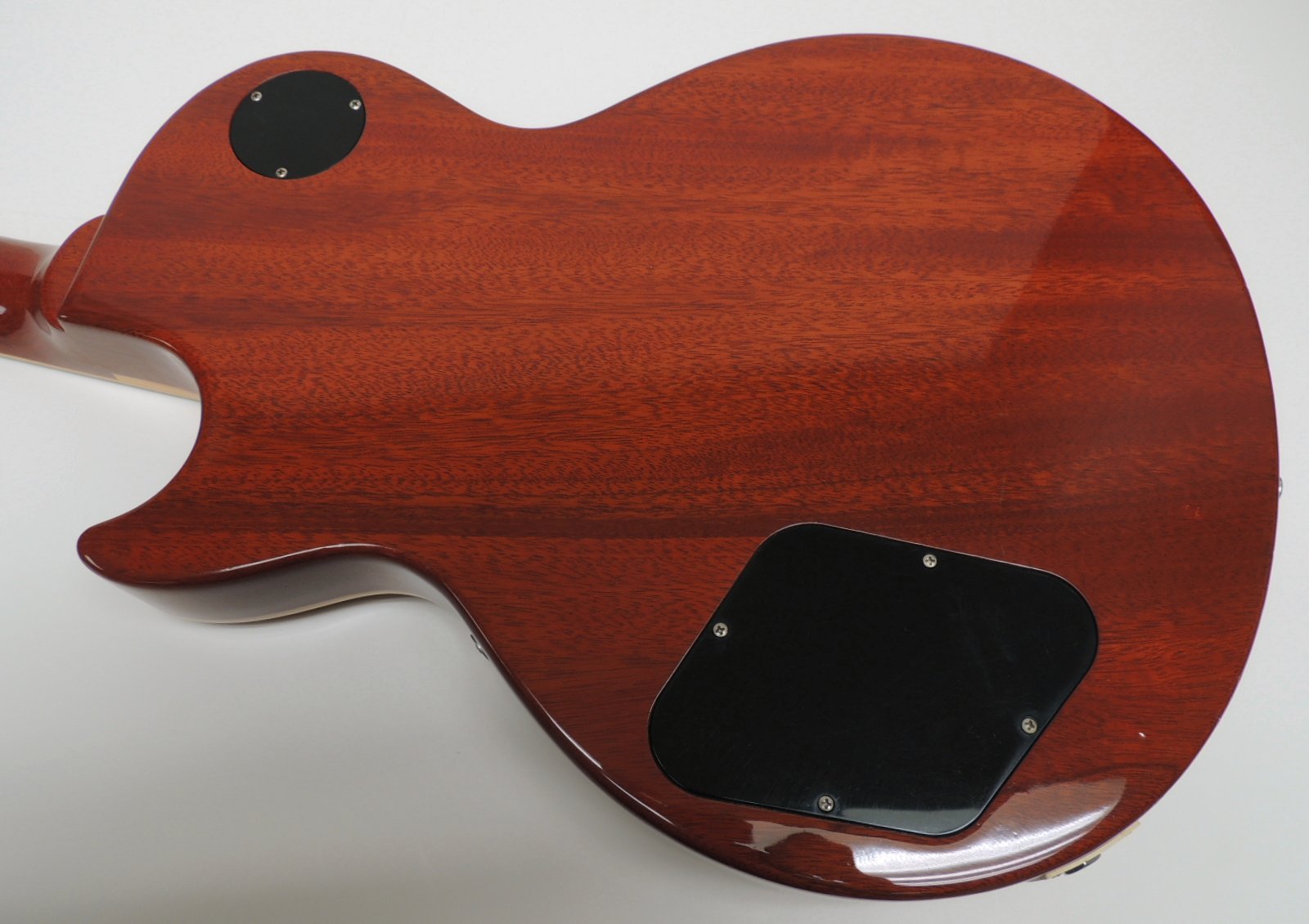 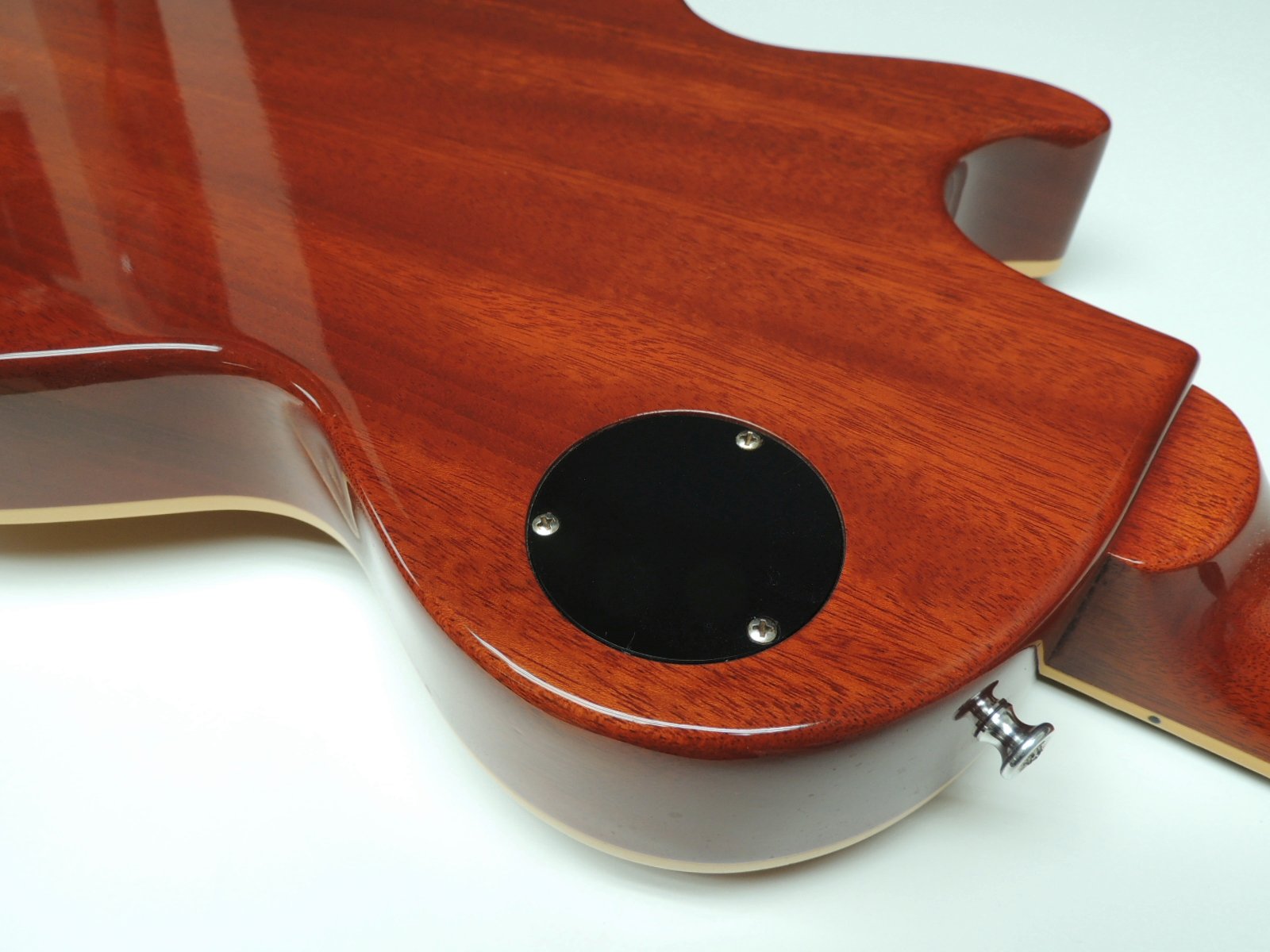 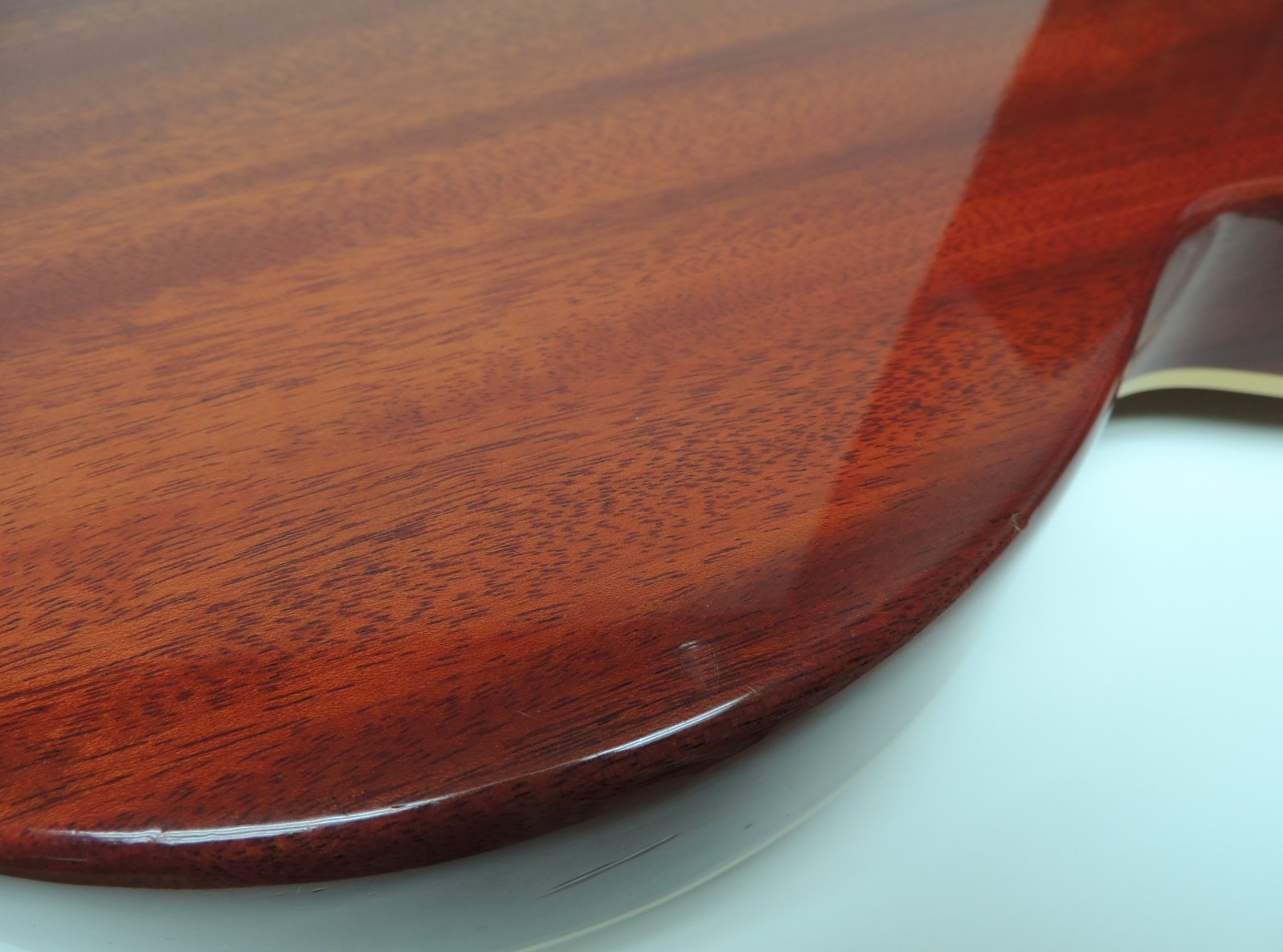 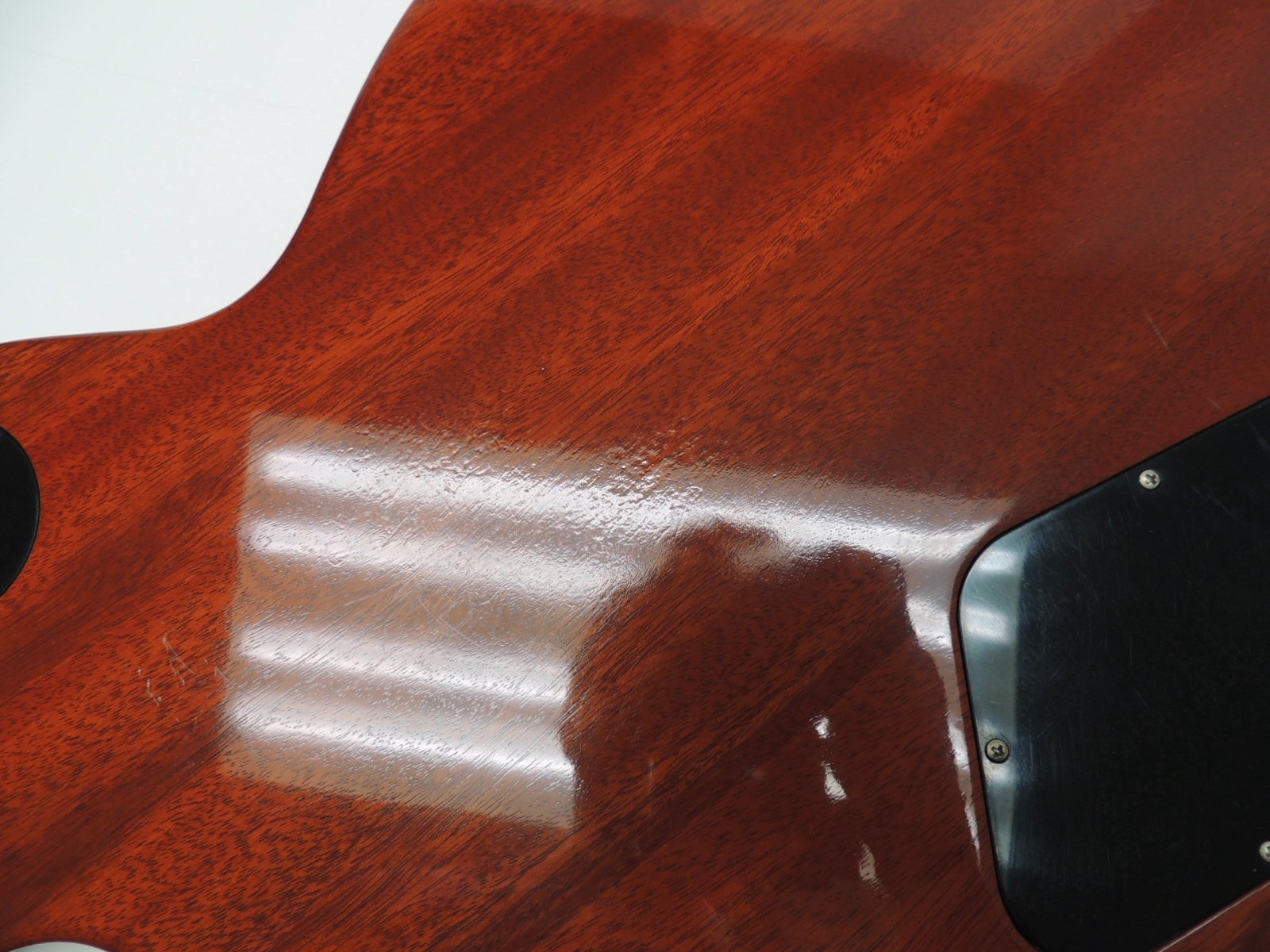 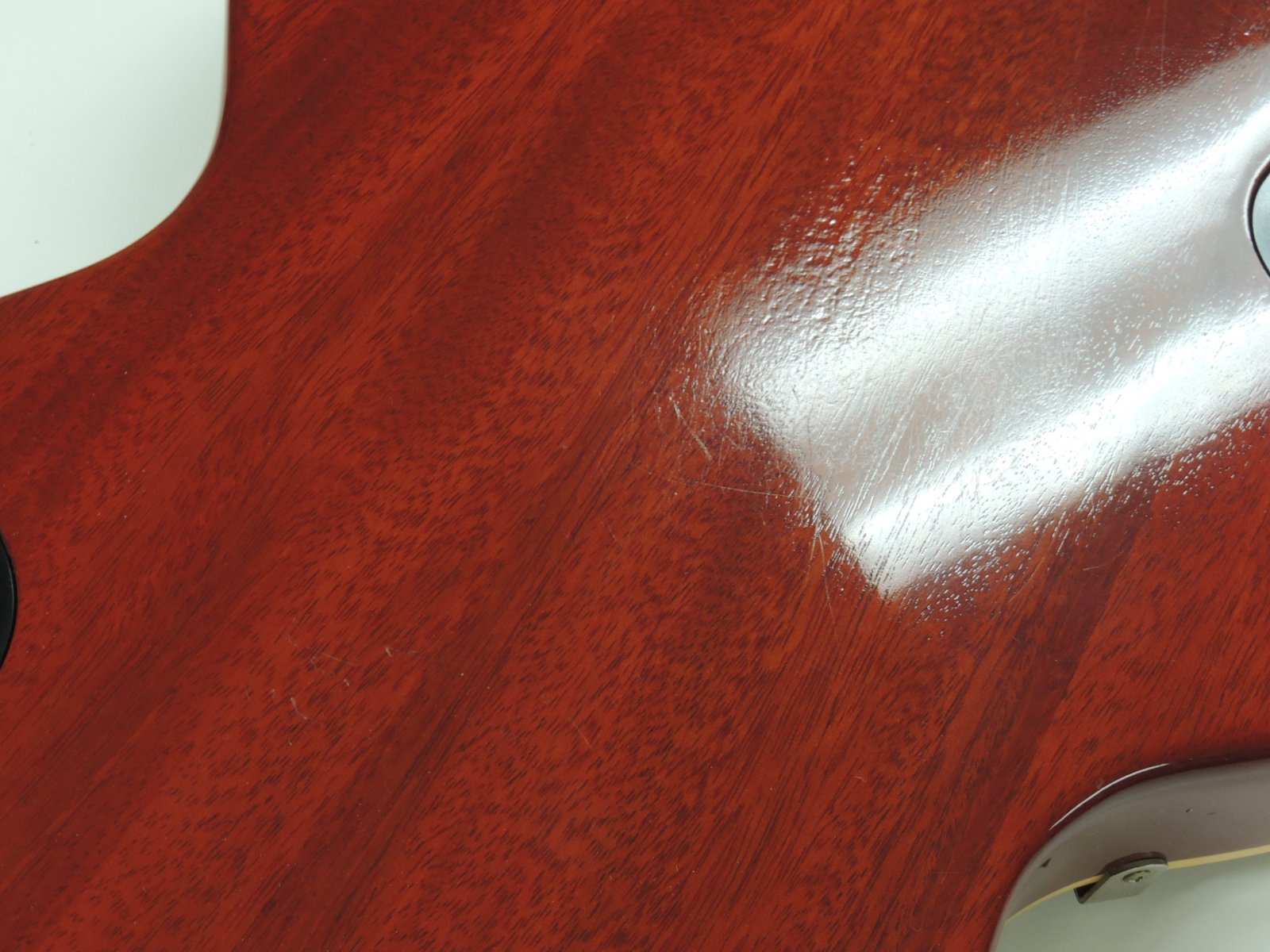 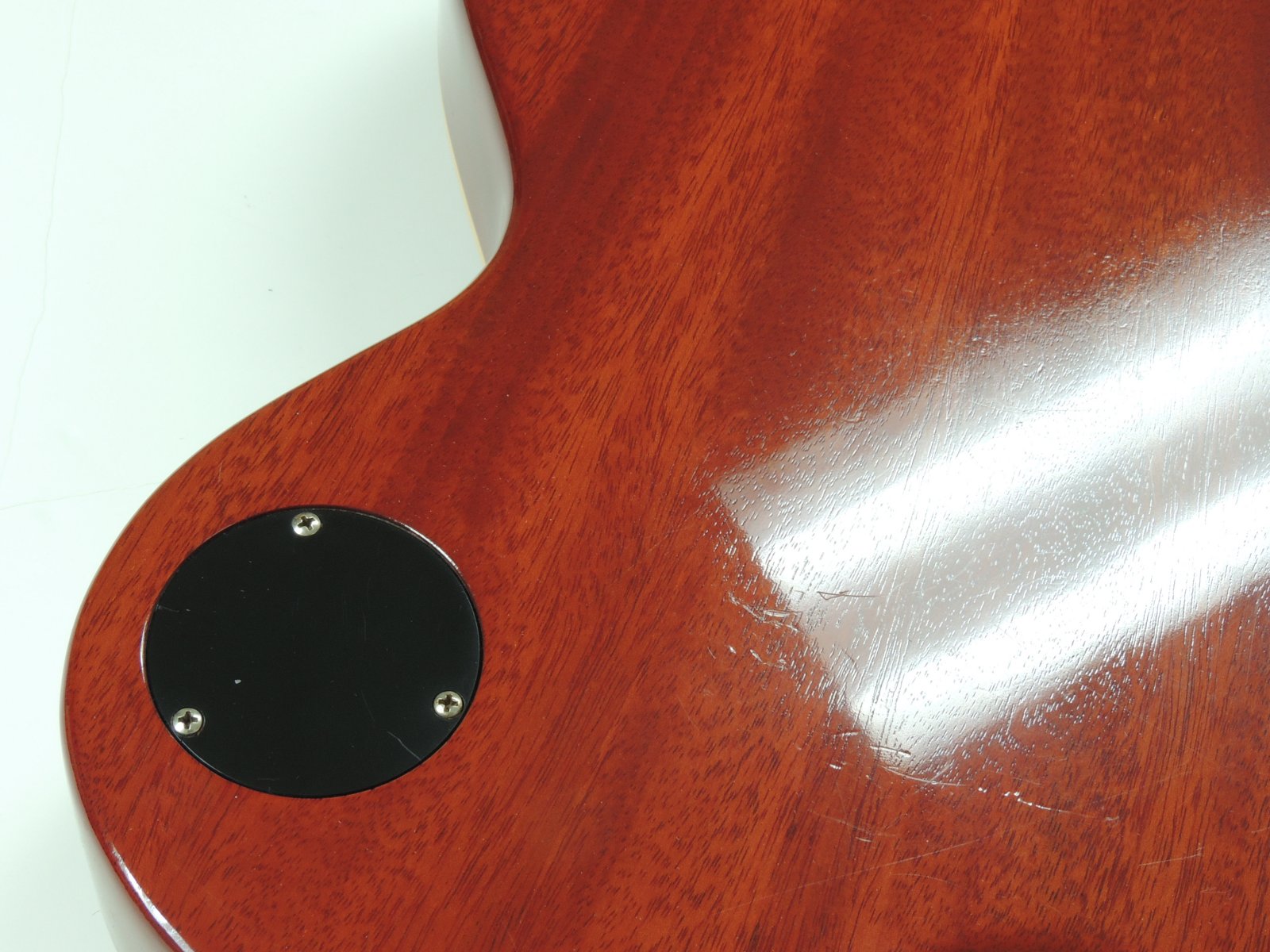 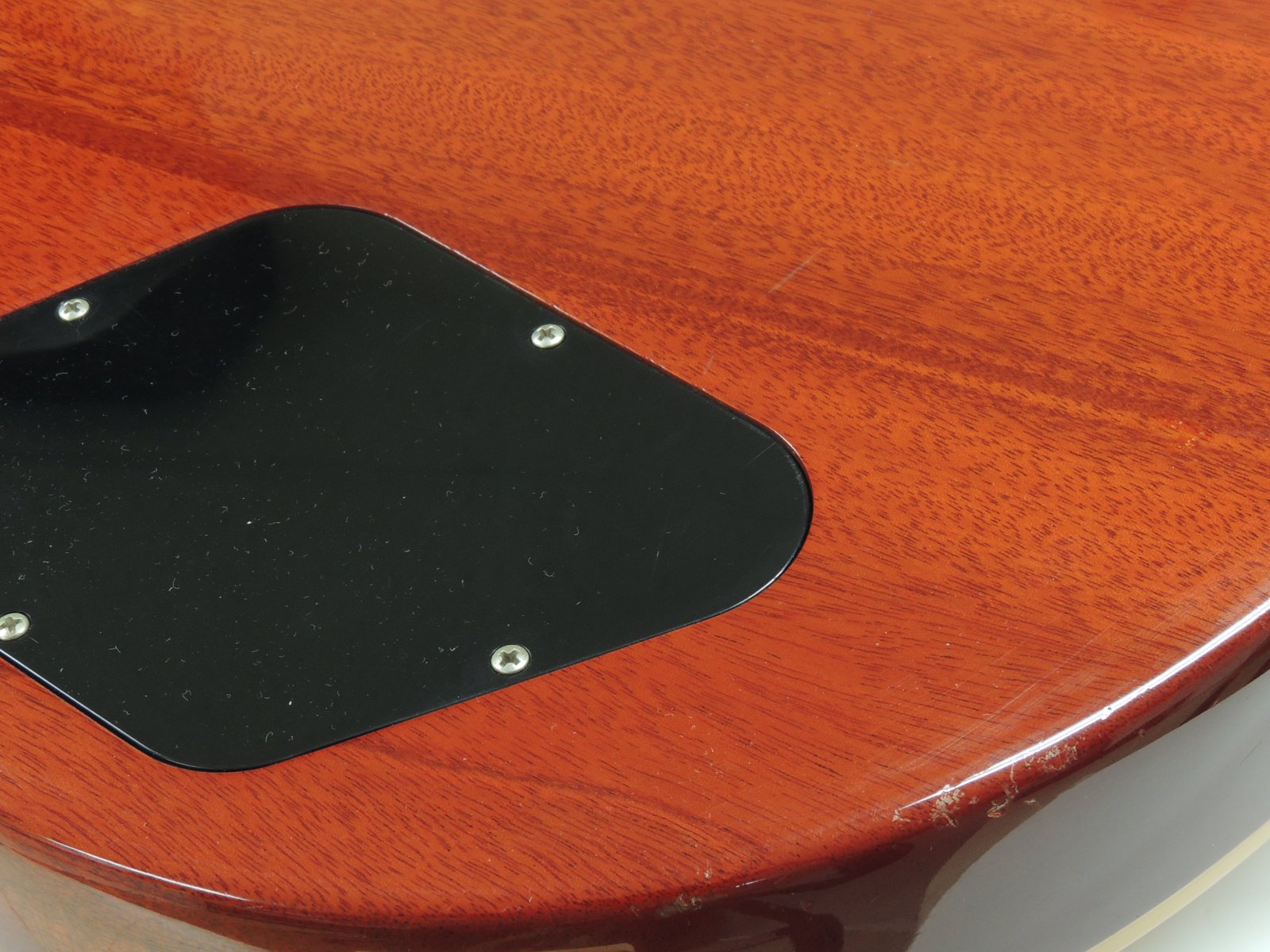 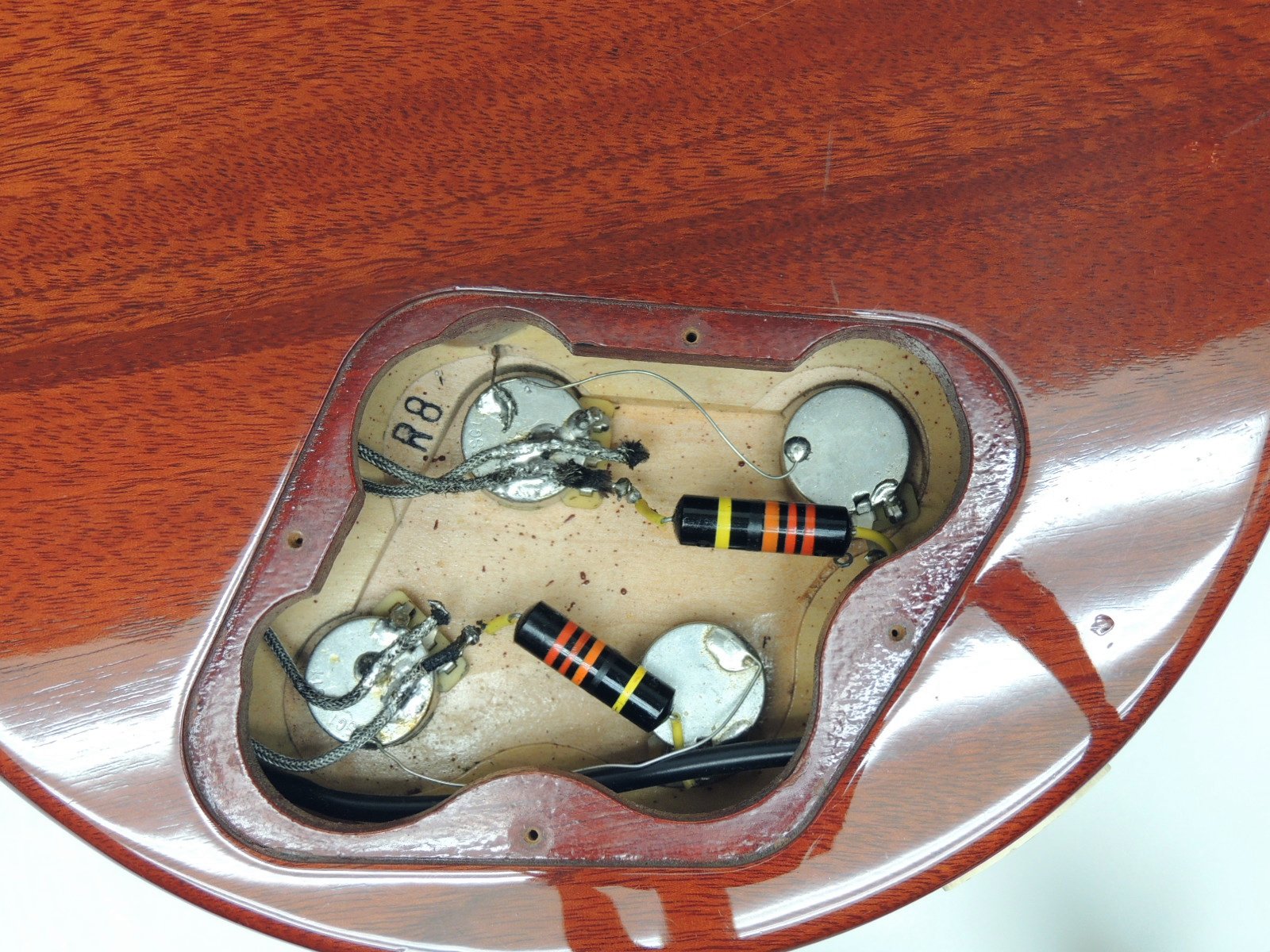 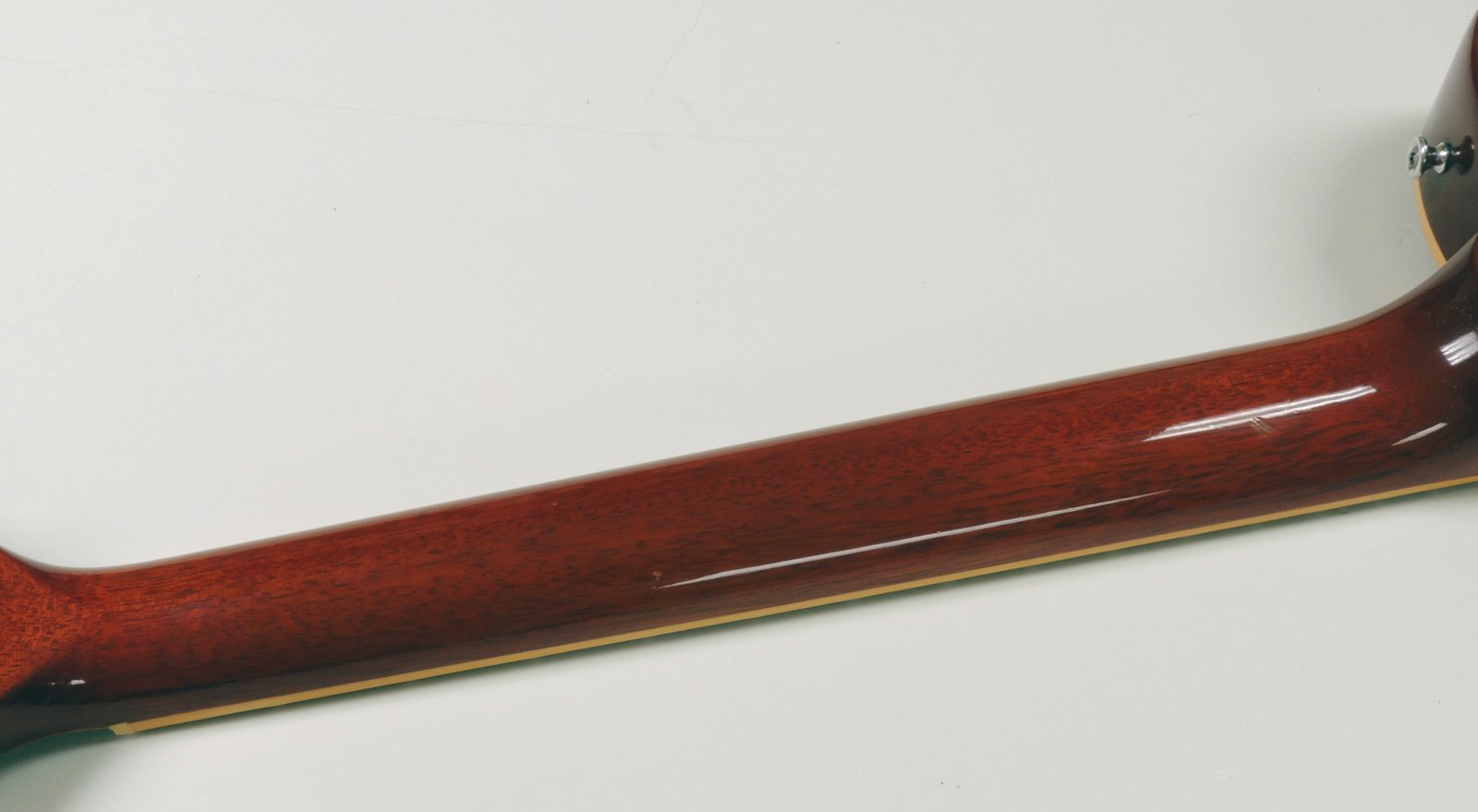 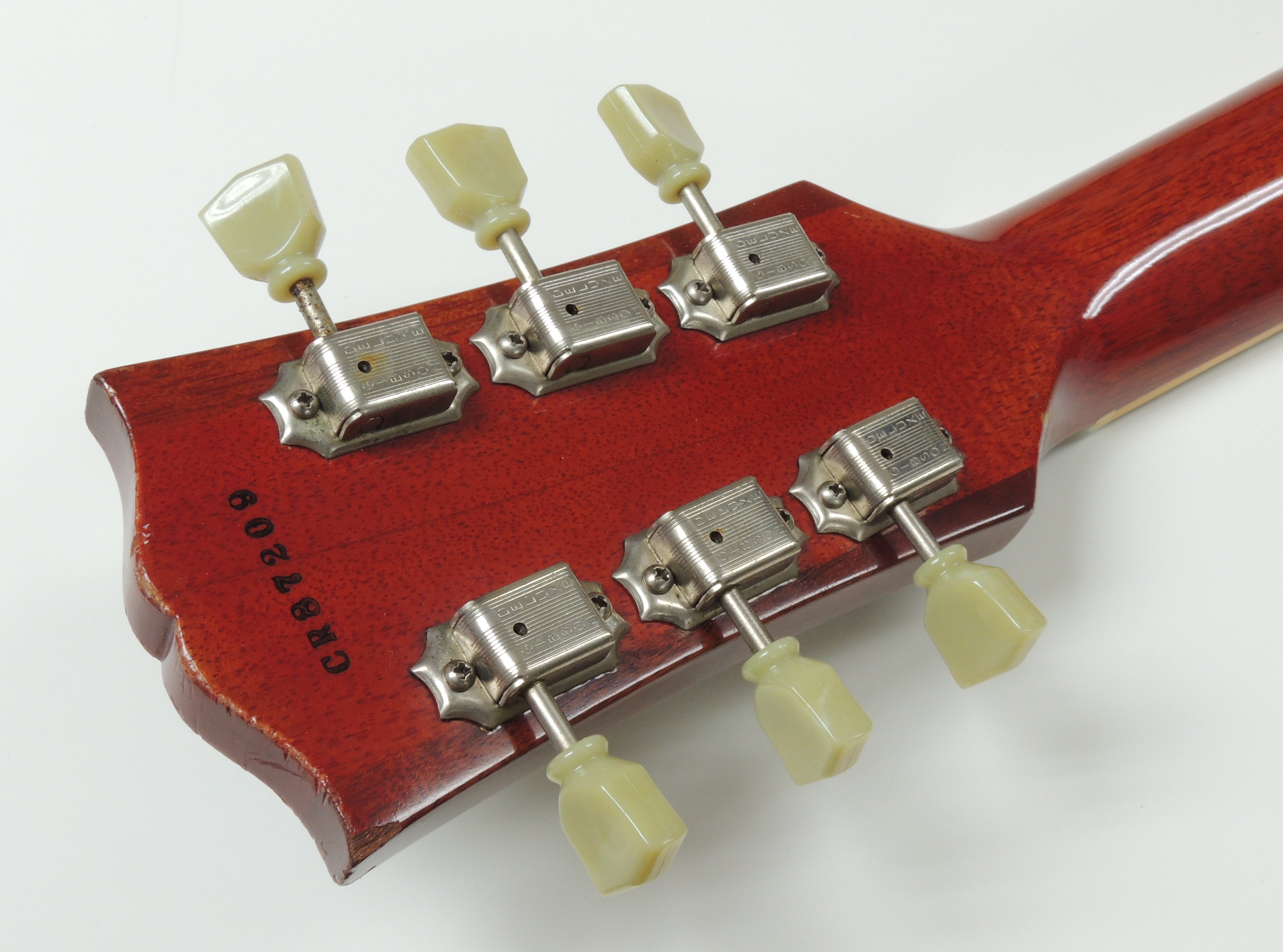 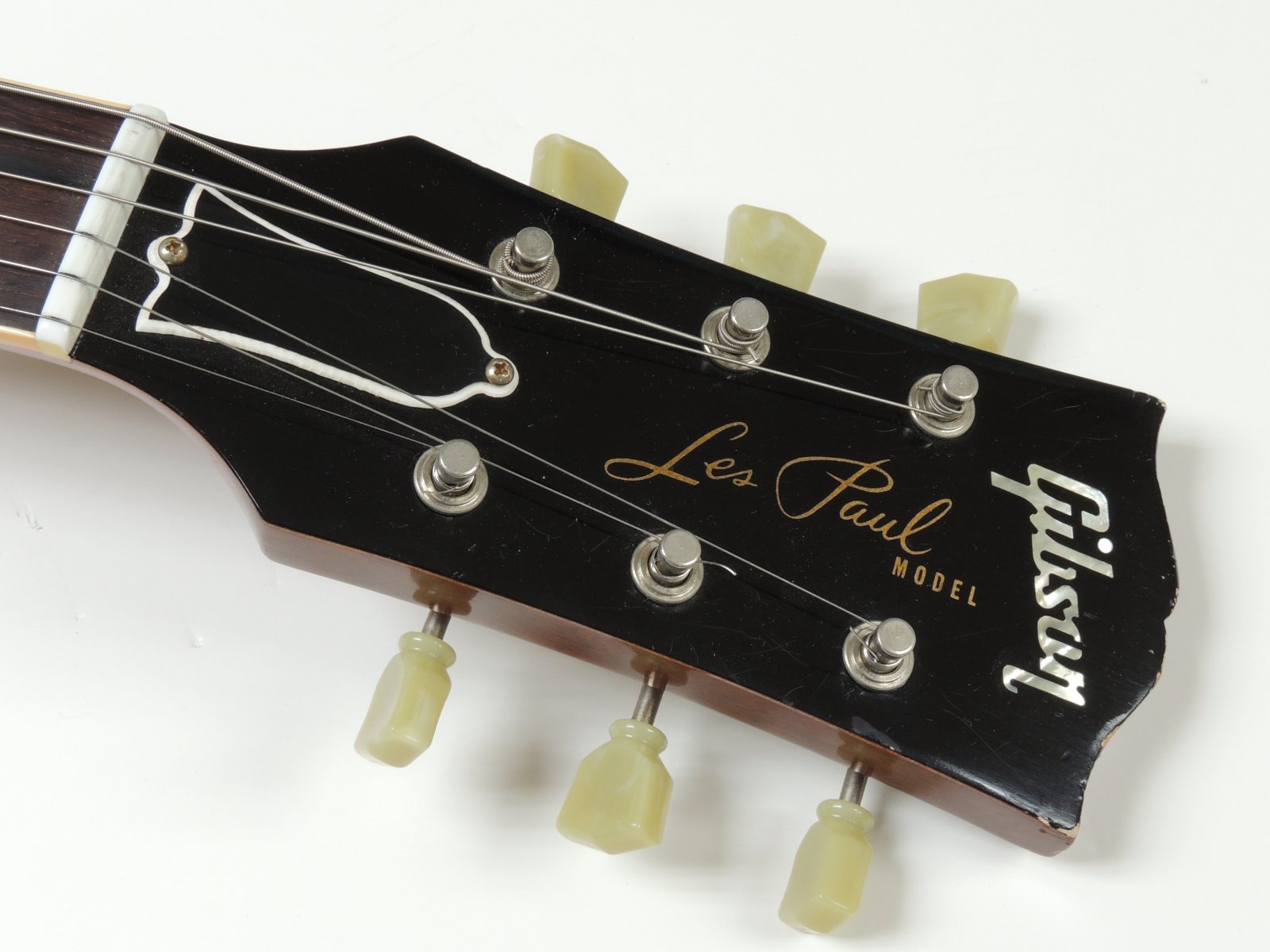 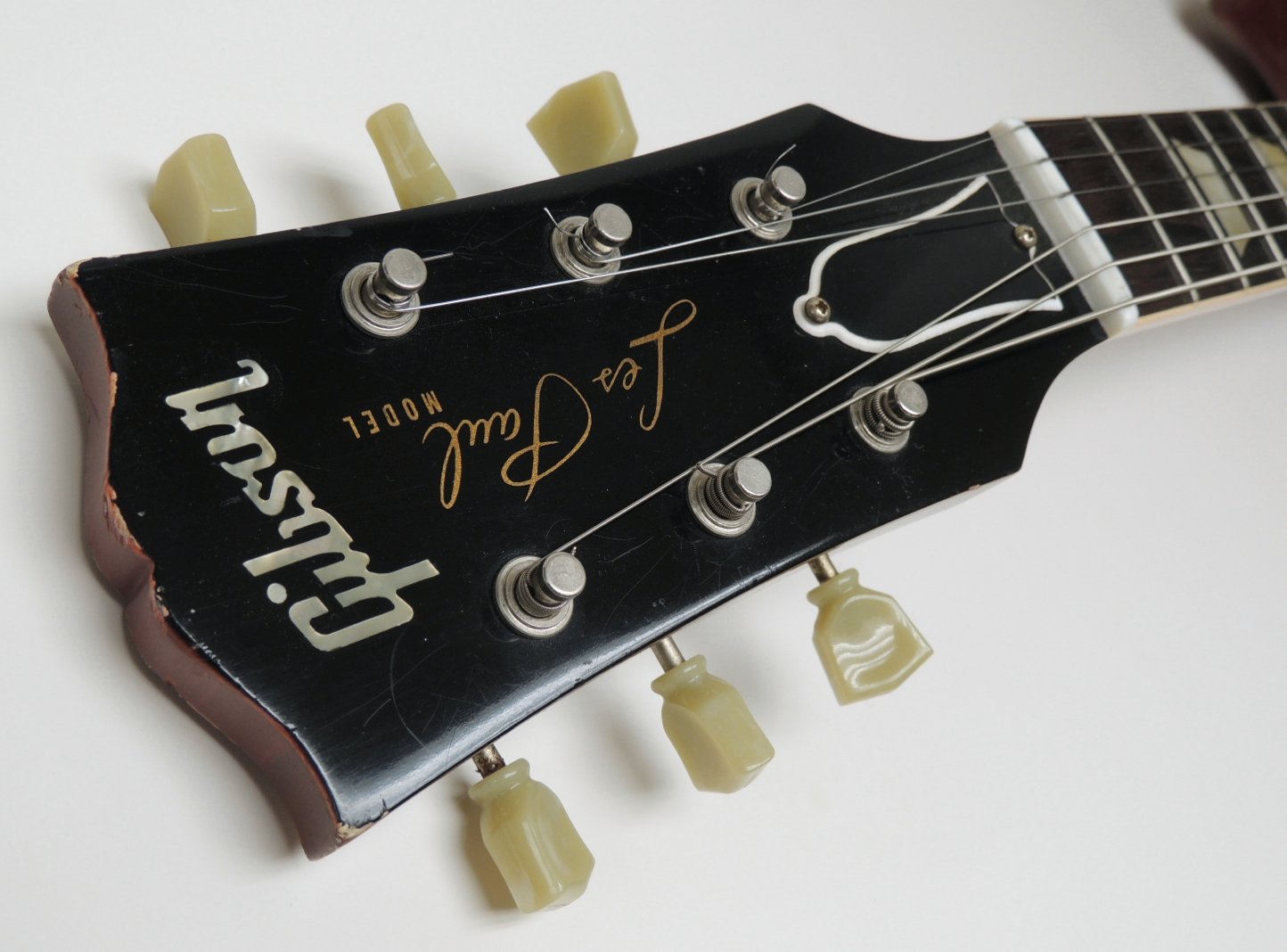 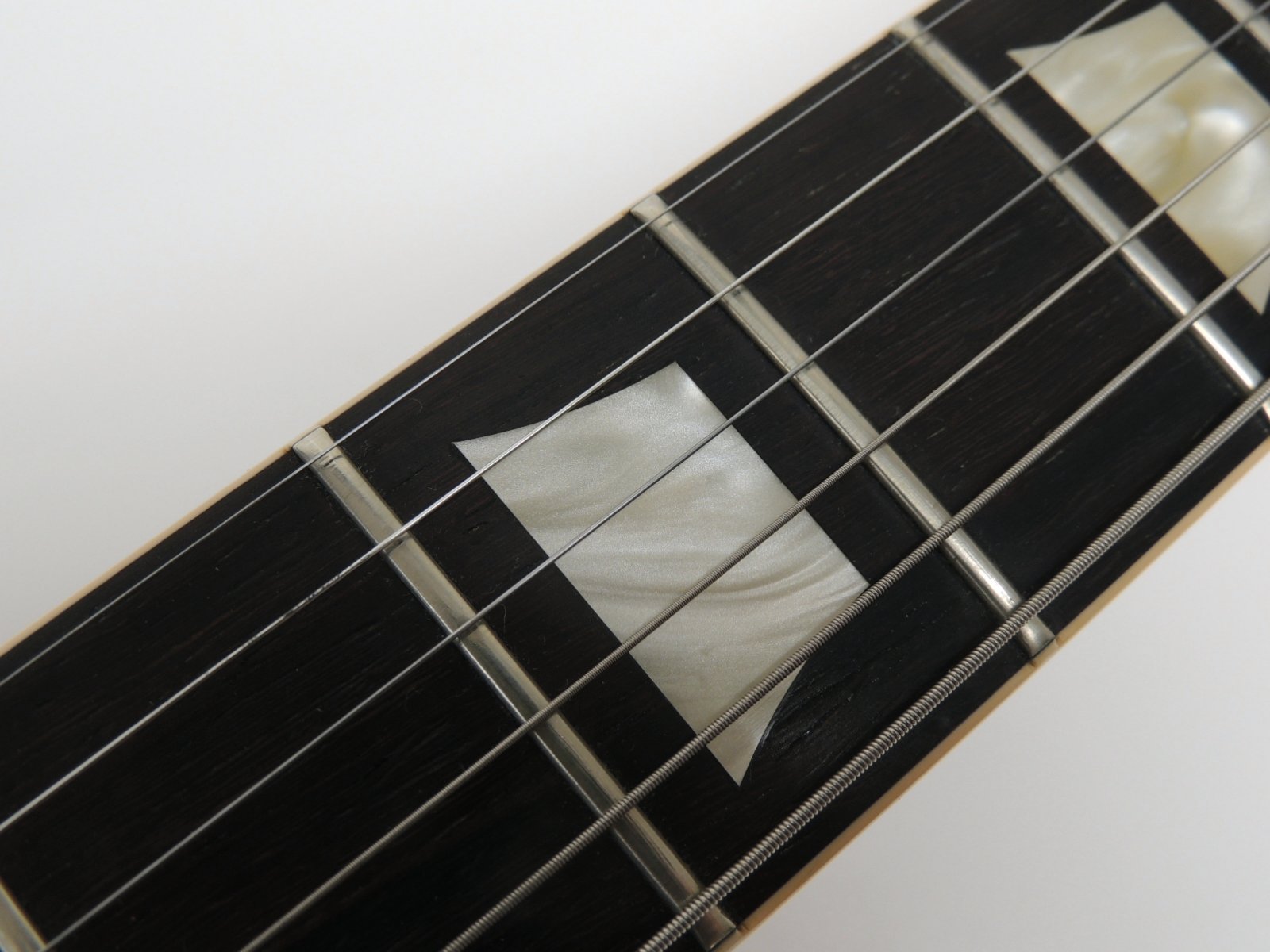 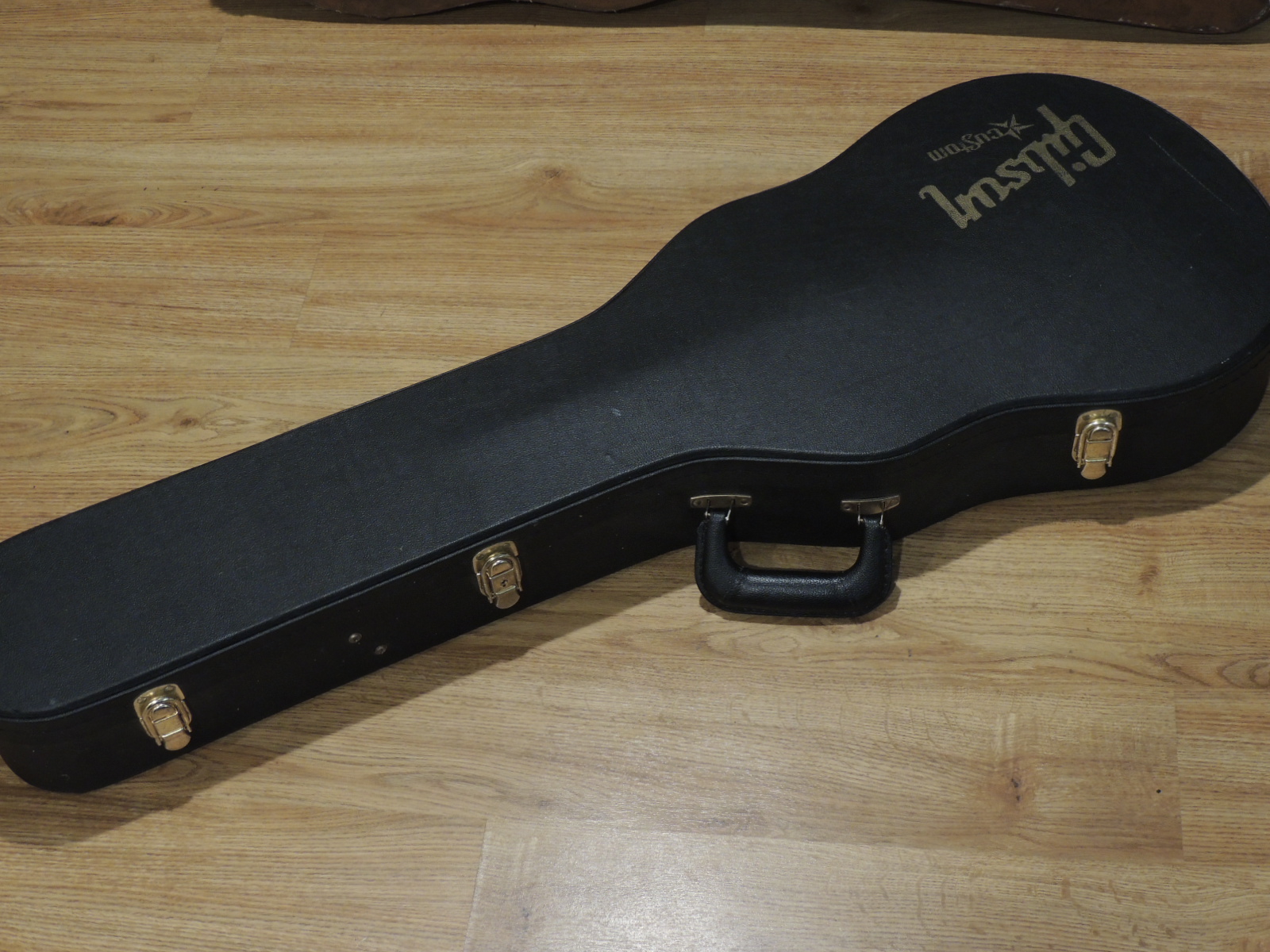 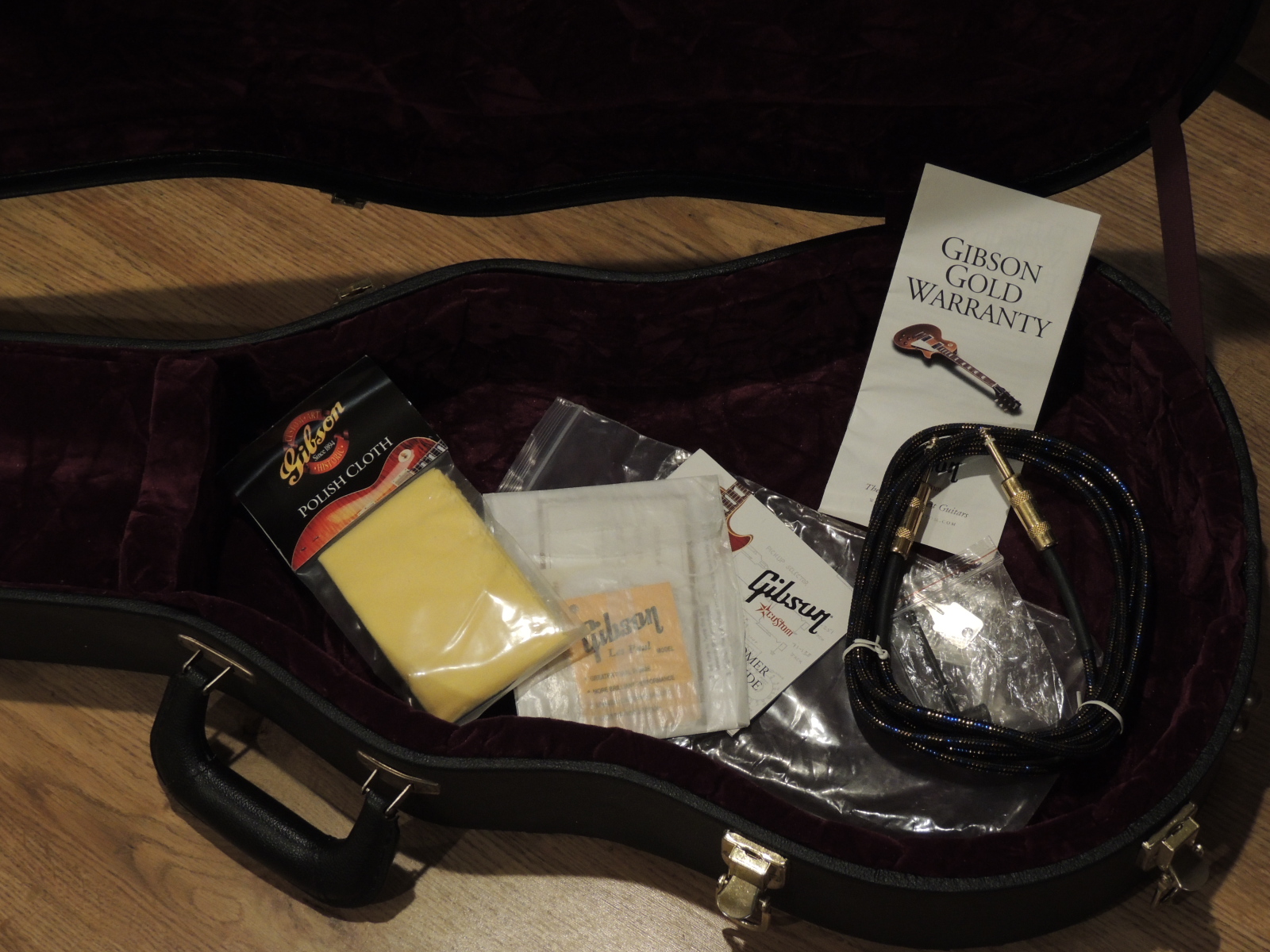 One of the best sellers ever ... a beautiful CR8 ! GLWS

I have one just like it. They are one of the best bang for the buck Custom Shop LPs out there.

Very nice - wish you were in the UK.