I just made an offer on a 1980 LS50 Love Rock. Does anyone have any opinions, good or bad, on this model? Thanks!

They are pretty good but it all depends on the price you're paying.
I have a LS50 from early 1980 (reborn old). It's very heavy, but the overall quallity is nice.
Just remember they are one of the cheapest models of that year so don't put your expectations too high.

I don't know about the prices at the moment, so can't help you with that.

It is high, IMHO, I see they go on climbing and climbing....
If it is an inked one it is not an Hamamatsu made altough a legit Tokai however.

A friend of mine bought a 1979 Les Paul Reborn LS50 which is basically the same bones, similar weight and construction, just a 3-piece top instead of 2-piece, no fret nibs, etc. It too is a killer guitar.

I think you'll be happy if your offer is accepted. 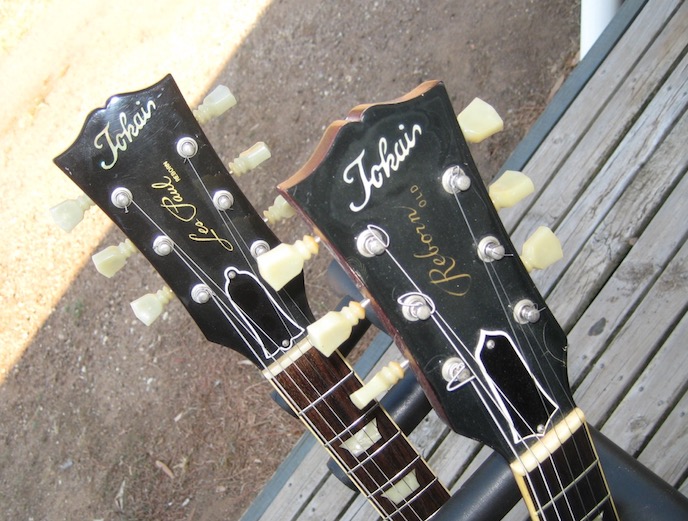 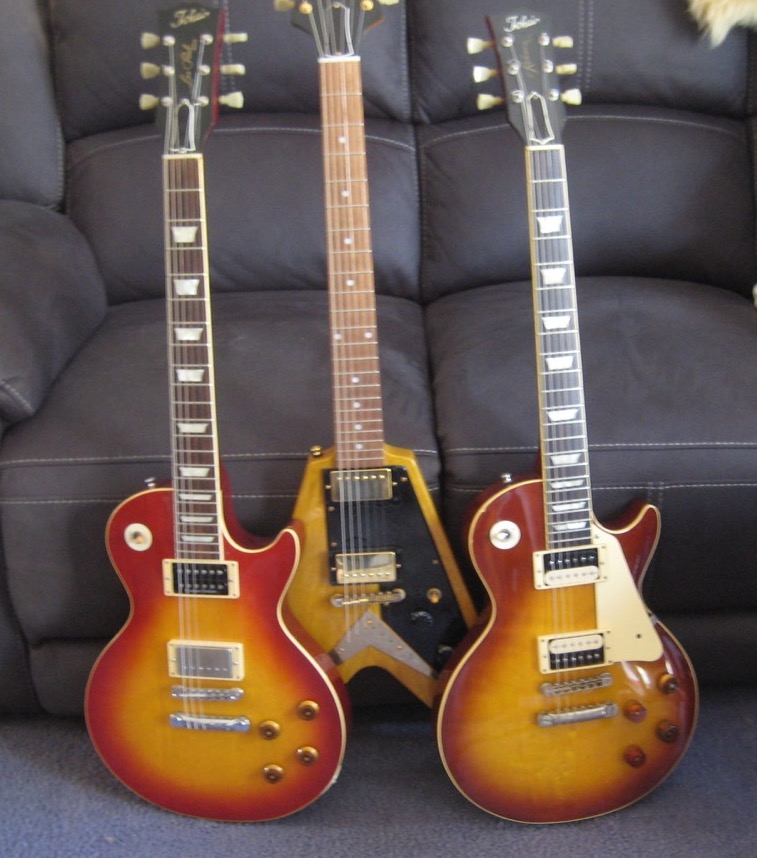 I don't like to comment on prices because they vary so much from one country to another but i'm betting that you will be happier with the LS80 over a LS50.

Just for the record you can listen how my '79 LS80 Reborn sounds (Wolfetone Dr. V selected magnets pickups). It is the one in my avatar

Vocaroo is a quick and easy way to share voice messages over the interwebs.

Sounds great! Oh, and it'll be here on Friday!!!

I don't find anything amazing about them, or most of the MIJ LP copies, as much as I love Japanese goods in general. On the other hand, though, they're generally very good, sometimes excellent, and it's not as though Gibsons of that period, or Fenders for that matter, are (with some exceptions) anything special, either. But as long as you get a playable one, I don't think there needs to be anything extraordinaryt to dial in a guitar that fits you wonderfully. I rebuilt and re-equipped a very nice Orville, and while it was never going to be truly astonishing, it was better than most of the Gibson LPs I've run into. The only thing I dislike about Tokai's is the "Les Paul Reborn" crap. It's one thing to steal the design, but to actually us a person's name like that is damnable.

Just remember there was no old style 50´s les paul made by Gibson at the time so Tokai found a goal.
They did a really good job, these 79s are very good. I do love mine, played at high volume specially.

I used to own a 1980 Reborn Old, pretty sure it was an LS60. Wonderful guitar, I'd buy it back in a heartbeat if I knew where it was today 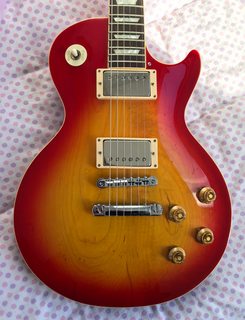 Probably fell into the plaintop category but man could she sing I don't have any pictures of it, but way back in 1997 I bought a Tokai Love Rock gold top here in Japan. I think it was a lower tier modal though (or perhaps had a defect) because I got it for about 60,000 yen. I sold it in 2006 and often think about buying another Love Rock (MIJ of course) but my Fujigen Cool Z ZLS-1 burst copy fills my LP Burst needs (for now )
Last edited: Jul 1, 2021
You must log in or register to reply here.
Share:
Facebook Twitter Reddit Pinterest Tumblr WhatsApp Email Link