The broken headstock and lack of serial number for a start will make it player grade whatever you do to it and the bad routing will make it easier to go to a Humbucker conversion. I would not go for real PAFs – there are plenty of good non-original PAFs or rewinds available which will be a fraction of the cost and just as good since you are never going to reach originality on this guitar. A set of period PAFs could cost as much as the whole conversion job.

Also, there is no point converting it back to a 52 which is generally considered an unplayable guitar unless you are into an upside-down ES225 trapeze. But why convert it to a ’57 spec.?- A 54/55 spec with a stoptail bridge would be much more sympathetic to this guitar (wood age - Honduras mahogany and non book-matched maple top, age, gold finish, thick neck profile).

Keep as much of the gold finish as possible, re-plug the post holes and re-locate the stoptail at the position of the last ‘55 models where the posts are slightly further from the bridge pickup. Keep as much of the finish as possible including all the aging on the goldtop, back & neck. Add to that, a re-fret, new bone nut, neck binding refinish, clean up the headstock break and tuners and refinish the plug-hole and repaired routs as invisibly as possible.

It goes without saying that all that work has to be done by an expert luthier. References here are to HM but – but the are a few guys around who will do a careful and respectful job and will increase the value. I had my 60 Special fixed by Dan Erlewine a few years ago if he is still up for this kind of work.

The result will be a 54/55 stoptail with humbuckers – not a totally unknown combination – ‘54s were already being converted by Gibson to humbuckers back then– see Jeff Beck’s oxblood model.

Many players prefer stoptails to tuneomatics because they give better sound transmission to the body and feel more natural to palm mute. IMHO - the real reason for tunomatics was that Gibson were competing in the market with the Fender Strat which had individual intonation – but it is not really necessary on a Les Paul or even a Tele without a wammy for that matter.

Personally, I would also go for a neck re-set as well. It is not such a radical job as you may think – assuming you have a luthier who is up to the task. The advantage of ‘52 neck tenons with hide glue joints is that they can be unglued. After that is done you may be able to get it set up to the 3° or so angle which will make sure the bridge does not have to be screwed down hard and allows for proper action adjustment.

Costs - you will need to get some quotes but I would estimate in the ballpark of 3k$ to do all the conversion work. (any of you pros out there shoot me down if I am way out).

On the plus side – this guitar will sound magical due to the materials it is made out of and incomparably good compared to a re-issue so it must always be worth more.

asteksonus said:
The result will be a 54/55 stoptail with humbuckers – not a totally unknown combination – ‘54s were already being converted by Gibson to humbuckers back then– see Jeff Beck’s oxblood model.
Click to expand...

FWIW
Jeff Beck's Oxblood was converted by Strings'N'Things in Memphis and sold to Jeff in 1973.

Hi RevWille, I stand corrected.
Not a Gibson option - but a 54 is not at all bad with humbuckers. I would prefer P90s but this project has already gone past that from what I can see from size of the PU routing.

Oleynior, how's this video for inspiration?
52 GT with abr and stop tailpiece....
And lots of finish wear....

pblanton said:
....I'd clean up the routs, fill them completely with a mahogany/maple plug, and re-route them properly. Then, send it to Kim.
Click to expand...

This. But be sure you re-route them properly - and that means for P-90s!
A

Cozmik Cowboy said:
This. But be sure you re-route them properly - and that means for P-90s!
Click to expand...

Sure, P90s are preferred but re-routing properly - because the bridge route is so badly massacred – that will probably mean replacing and refinishing the maple top in the area between the pickups - then you take away some more of the originality. I would give it to the expert to match templates for both P90 & Humbucker routes - then choose.

You might want to read this thread. Lots of advice from others...and my years of flip-flopping as what to do.

My 1952 altered and tortured Goldtop

I don't know why I never found this forum before. I signed up in the middle of last night. I am not an expert on Les Pauls. I knew more about them 30 years ago. Back in 1966, when I was 19, I bought a used Les Paul. At the time I has no idea what year it was and all I really knew about them...

A lot depends on the maple under that gold paint. And the only way to find out is to strip the top. It might be a three-piece mismatched dog or quilt to die for. Good luck, whatever you choose!

Thanks for your feedback guys! I wish this LP was playable and universal, so I decided to converted it to the 1957 specs.

Oleynior said:
Thanks for your feedback guys! I wish this LP was playable and universal, so I decided to converted it to the 1957 specs.
Click to expand...

Has the restoration been completed? We need an update!

I’d put T tops in it and play it for a while.

you people don't deserve these guitars... you just ruin them. bunch of wannabees. go buy a cheap epiphone if you want a project to ruin.

why do you think there are so many forums and threads on how the bursts sound so great and why? because YOU DON'T KNOW... STOP PLAYING PRETEND AND GO GET A GUITAR AT YOUR LEVEL, N LET THE REAL GUYS HAVE THE GOOD GEAR SO WE CAN PROTECT THE HISTORY WE LOVE.

someone should restore your brains, to the baby mode you once had. a big brick will do the job.

High drama in the vintage section? who'da thunk that?

I propose putting a Floyd Rose on it out of spite. And LED fret markers @ehb style.

VictorB said:
I propose putting a Floyd Rose on it out of spite. And LED fret markers @ehb style.
Click to expand... 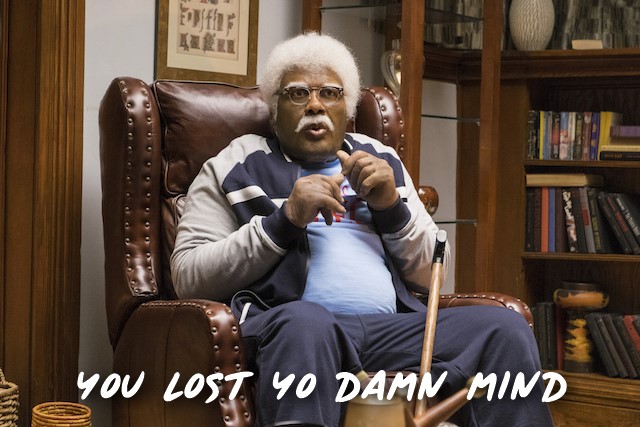