Interesting, I have a new Anniversary on the way from Mark's Guitar loft. Looks very similiar, same finish and the serial number is 9 9446. Hope you enjoy it!!

Dang what a stunner!

I skipped 16,17, and 18 so I have no idea on those cases, but yes the one I got for this 2019 is smaller, heavier than my previous ones. Better than the really 'shitty' one lock clasp brown lifton reissues which appeared around the 2012 timeframe. The 19 cases only have that one locking clasp but the other latches feel more secure, better than their '12 predecessor. It also has extra padding around the headstock area, so would save me having to 'pad' that area if I did sell and use this case to ship.

strat1701 said:
Decided to pull the trigger on one of these 60th anniversary R9 models. Was intrigued with the new caps and un-potted pu's and colors.

This is Cherry Tea Burst color- 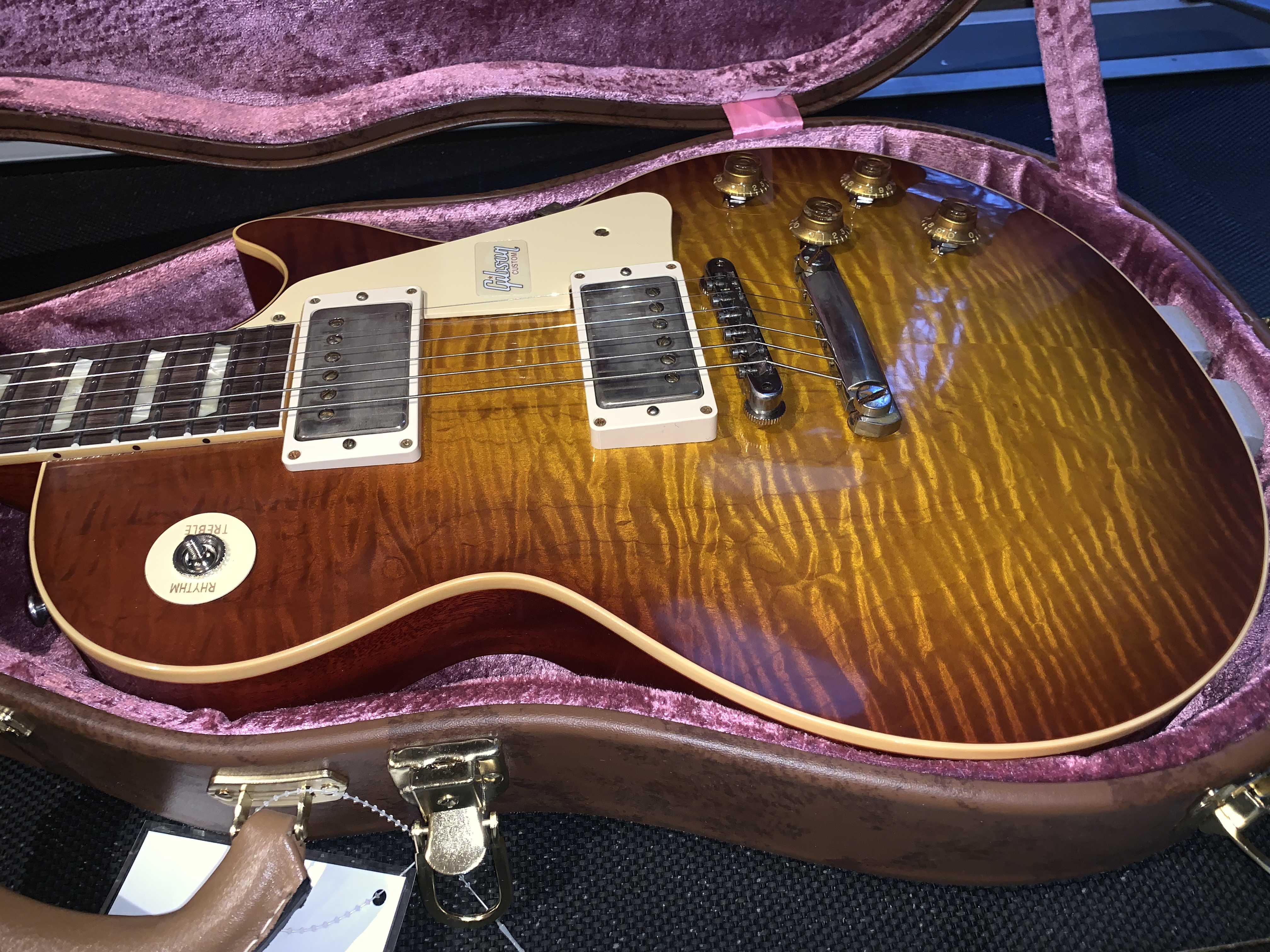 here it is at the factory 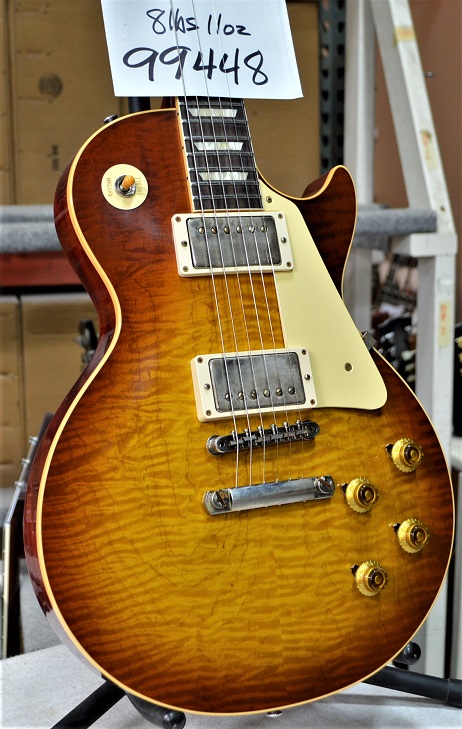 It's got the VOS finish, but I'll probably polish it off to a gloss but I like the slight aging sheen on the pickups 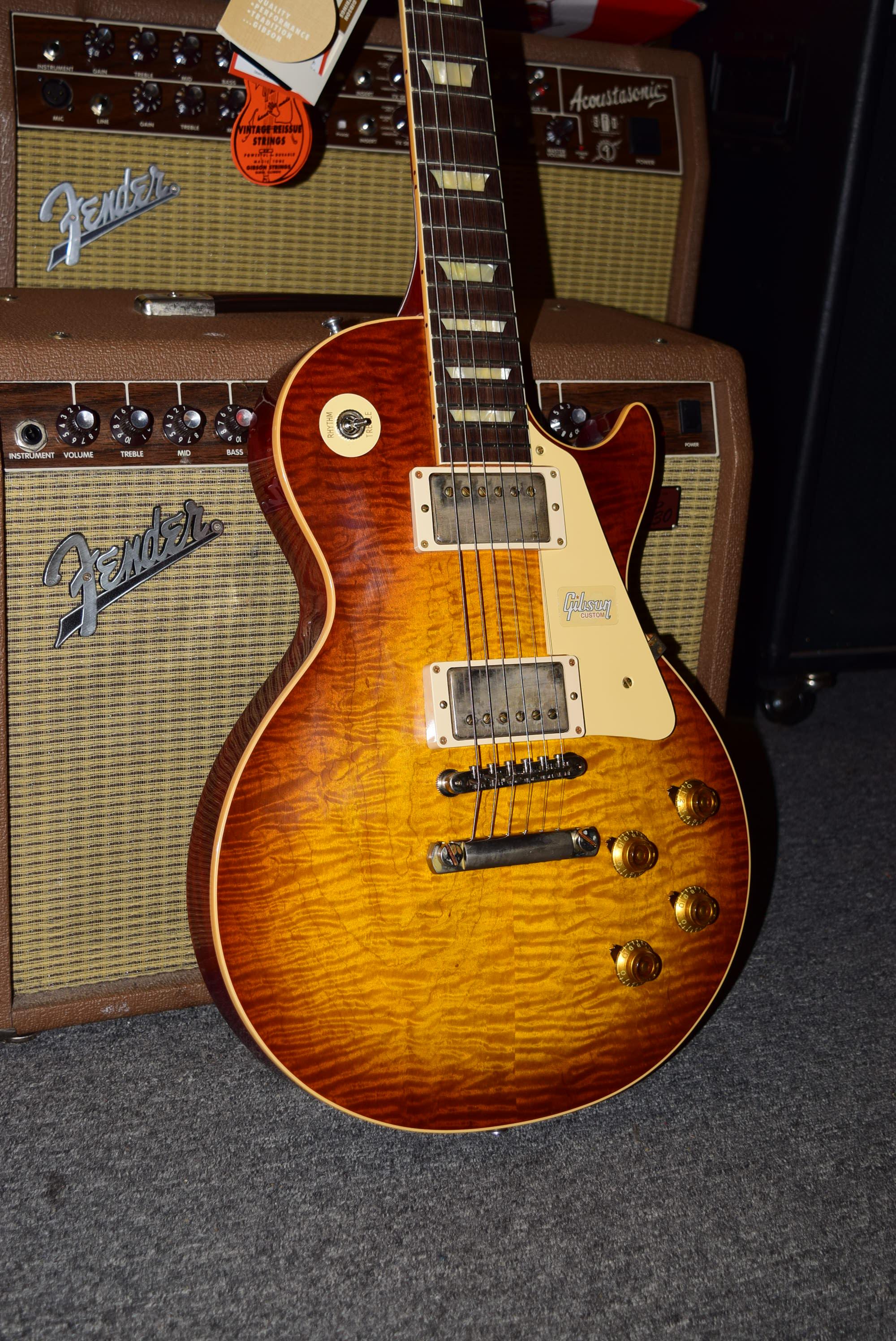 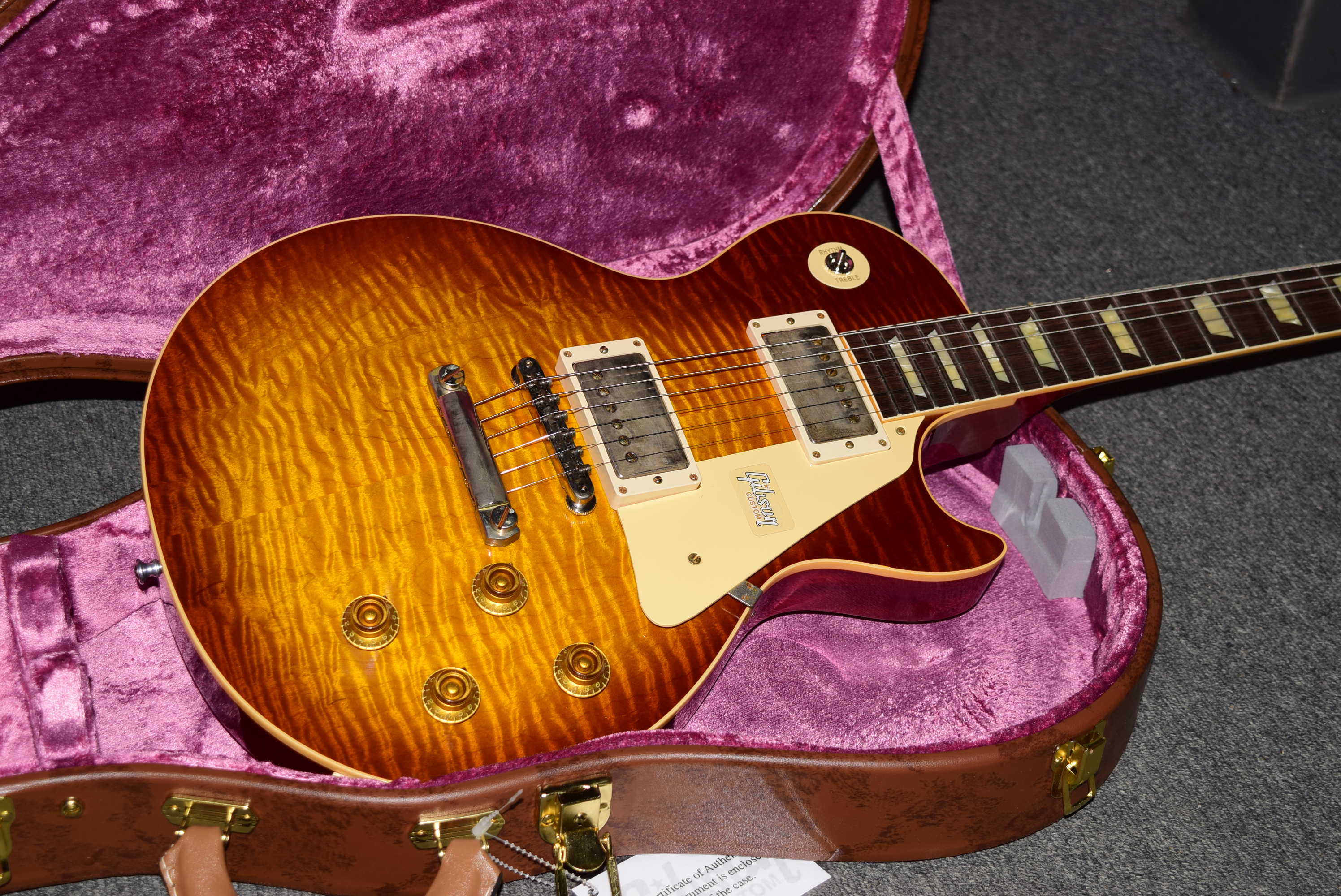 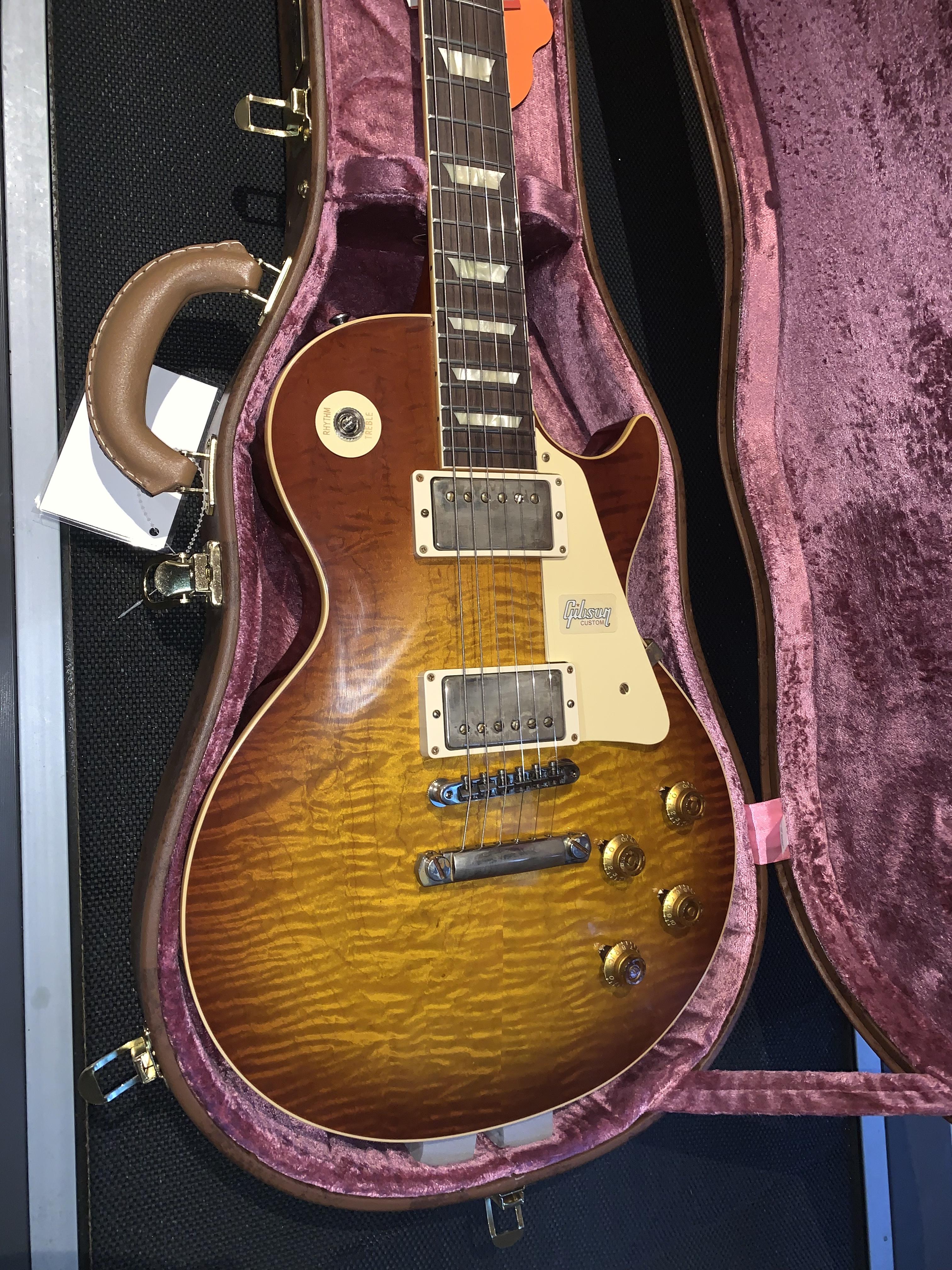 Neckwise down low it's really nice, around .895 where they should be, it gets to about .985 around the 12th but adds a slight shoulder, but workable for me. Not hand-splitting for sure.

I also like the new cases, they're looking a tad smaller than previous years, probably closer to a real lifton I'd guess.

Overall the pickups are really articulate and punchy, I like them. And the volume and tone sweep range is very nice to have it 'functional' It sounds good with the BE100 I have. Not brash at all, even when I run more gain thru it. I've had some custom buckers that are just too brash and edgy, not bright and shrill but like full volume at whatever level you set it at and not very clear and articulate. These are anything but brash and muddy. Really diggin it.

Thanks to HOG/Curt for gettin it for me. He had some other nice ones and many were selling before they even left the factory, as was the case with this one. I saw that factory pic I posted above and said gimme that one!
Click to expand...

ok so here is a brief tone vid demo. NO FX, just guitar into clean boost, then into amp which is a BE100 attenuated a bit.
It's recorded on an iphone so it is what it is, I only assume around the 1:50 mark the iPhone attenuated the audio, but again, I'm not a studio guy...

but I'll just say this one has the potential to be the 'sell most of your lot and keep this one'. Love the woody tone it has...yet still very clear even when driven. Enjoy.

That's a righteous tone, brother! I love that hollow vocal quality. Play it in good health. I stopped buying with a 2014 R9 in 2014. Time to give Curt a call...Any good ones in Dirty Lemon or Golden Poppy? I have fallen off his list due to...ah, inactivity.

^ Curt has a nice Lemon with an unusually monster top you might like...if I remember it had serial 99464 or something
A

Sounds great!
Looks like you’ve already bonded with it, based on your playing.

Maaaan I've got enough money saved up for a traditional but idk all the new historics people have been posting are really giving me second thoughts! Maybe I should hold out and save a little more?

Idk I guess I could get the trad and play it until I save up for the custom. Decisions decisions

^^ wait to get a Historic